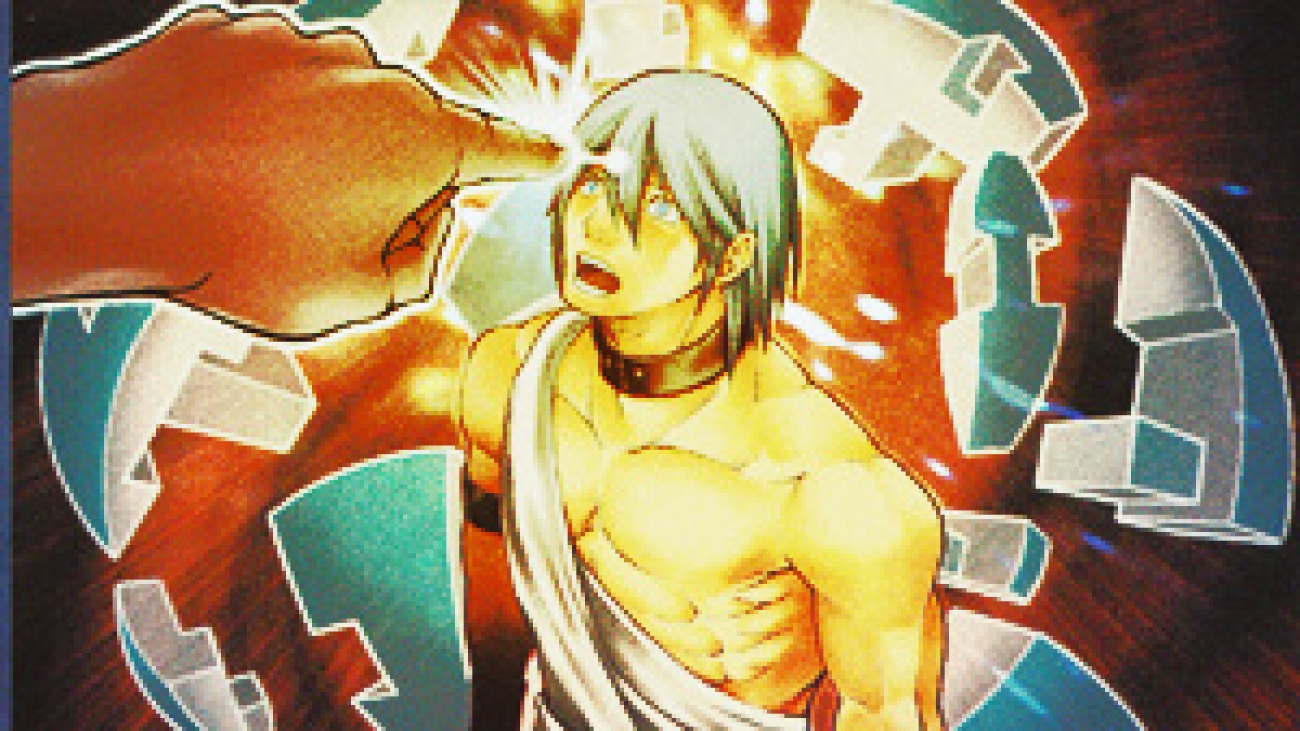 Hello again everybody, whomever you may be! Today I’ve got another card review for a card I feel is a powerhouse of sorts for the side deck in the current format: Mind Crush. I’ve been thinking about this card a lot lately and its applications and I’ve decided that I like it a lot. You’ll see why.

Mind Crush is pretty old; it was released Soul of the Duelist, which is back in 2004 and is currently Semi-Limited, which I tend to forget a lot of the time. (I’d gladly run 3 at this moment in time) It was re-released in Legendary Collection 3 as an Ultra Rare if you want to do some blinging with your deck. Here’s its effect:

Declare 1 card name; if that card is in your opponent’s hand, they must discard all copies of it, otherwise you discard 1 random card.

The effect is very simple, you declare a card, the have to discard it. In general you don’t use it in a way that allows you to be at the hands of the second part so it can mostly be ignored. The card’s effect changes depending on the opponent’s deck making it most playable as a side decked card, which is what I suggest.

First I’ll go over some ground work, rulings and such. There’s two important rulings that matter a lot when coming to this card.

The first ruling is important, the second is just nice to know. The first is important because it gives you valuable information along with potential real card advantage. Your opponent may frequently search cards or reveal cards for activation and this is a great time to go one for one with Mind Crush against those cards then allowing you to look at your opponent’s hand and also possibly discard a second copy of the declared card. As I said though, if you can verify the location of all the other copies that your legally allowed of the declared card after they’re discarded you don’t get to look at there hand. What I mean by that is if you declare Wind-Up Shark and they discard 1 and the other 2 where already in the graveyard, it’s impossible for them to have any in there hand so you don’t get to verify. Also, if you call a limited or semi limited card you don;t get to look after they discard it and the maximum number allowed is verifiable. So if I call Plaguespreader Zombie and they discard 1, then I don’t get to verify since they can only possibly run 1. You also get to verify if they say they don’t have any copies of the declared card so that you can confirm that they don’t have it.

Applications: this card is very deck specific, meaning it matters what deck you’re playing, so I’ll just proceed to go through decks that this card is strong against and say situations in which it is powerful.

This deck searches a whole lot and even has some revealing effects. With Wind-Up Factory you get to see what they add to there hand a lot of the time. If you ever dislike a card they add you can activate Mind Crush after the resolution of Factory and declare the card they added. It’s likely that Wind-Up decks will start running 1 to 2 copies of Fire Formation – Tenki to add Wind-Up Rabbit to there hands more easily and this just makes Mind Crushing them easier. There’s also Wind-Up Sharks effect from the hand. One of the costs to activate Shark’s effect is to reveal it from the hand, which is one of the easiest exploitable costs for Mind Crush. Example: the opponent summons Wind-Up Magician and then says that they activate Wind-Up Shark’s effect revealing Shark in there hand. You can chain Mind Crush forcing them to discard that shark and maybe even another from there hand as well as verify there hand. The opponent can still use Magician’s effect to summon a monster, since Shark’s effect did activate, but the best they can do is summon another Magician and make a Rank 4 or summon a Rabbit or Rat and hope to stall out until next turn for better plays.

This deck does a lot of searching too, frequently they search with Dragoons for Megalo, Moulin Glacia and Diva, so frequently you’ll be able to call those cards. They also search with Mermail Abysspike’s effect as well as Mermail Abyssmegalo’s effect. Lots of searching once again. They also have a reveal effect, similar to Wind-Up Shark in Abyssmegalo (or as we call him at my locals Abyss-gigolo). When they activate Megalo’s effect they reveal him in hand giving you an opportunity to chain Mind Crush and discard him before he’s summoned and searches the deck. This pretty much nullifies the opponent’s attempt to OTK a lot of the time. Keep in mind they’ll still get the effect of any Atlanteans discarded for Megalo’s effect and you get to see which monster they discard for Megalo when thinking to respond or not with Mind Crush. It’s possible they will discard a Dragoons and you may want to check there graveyard for water monsters to make sure you don’t get hurt by an oncoming Moulin Glacia.

This deck is kind of funny when it comes to Mind Crush. The deck might as well play with its hand revealed at all times since the cost of most of its cards is verification of cards in hand or has an effect that adds a card you hand, but I’d like to help you out by saying that these cards are what you use Mind Crush on. I’ll continue to talk about those cards those since they do give you an opportunity that should be thought about when siding in Mind Crush. Both Spellbook of Secrets and Eternity add a card to the Prophecy players hand. Spellbook Magician also adds cards to hand. Justice of Prophecy adds 2 cards to hand. Spellbook of Life and Spellbook of the Master both require the player to reveal a Spellbook in hand. Lots of verification here, but as I said, they all pale in comparison to your main target in this deck and that’s High Priestess of Prophecy. When you activate the effect of High Priestess you must reveal itself as well as 3 Spellbooks in hand. I don’t think I’ve seen anything begging to be Mind Crushes more than that. In the case of this deck you’ll most likely chain Mind Crush to High Priestess effect calling High Priestess and they must proceed to discard all there High Priestess which forces them to rely on Spellbook of Life, which most only run 1 of possibly 2 and that card is answerable by MST, Warning and Judgement. Due to this I recommend siding in MSTs and Dust Tornadoes in tandem with Mind Crush against this deck.

Brotherhood of the Fire Fist:

This deck hasn’t fully hit the scene yet, but expect it to gain popularity as new support comes out. The main card that you can Mind Crush against is Fire Formation – Tenki. The deck can keep its momentum using this card and if you flush out there hand of the cards they add with it as soon as they run out of field presence the deck piddles off pretty quick. I don’t have a lot of experience against the deck, so I’m sure I’ll have more input in the future.

It’s pretty obvious that this deck searches a whole lot, but timing Mind Crush against this deck is a lot harder than most. Although you know the cards they add with Gadget monsters or that they added Machina Fortress with Gearframe, but this card they’ve added is a plus, so you will technically lose card advantage by Mind Crushing that card. Not to mention that Fortress is still live if in the grave. In order to take advantage of Mind Crush against this deck it’s best to use it when there hand size is lower since they’re more likely to have less bounce back options other than the gadget they added that you just Mind Crushed. If you’re feeling lucky though you can Mind Crush a gadget really early in the game hoping they have more than 1 of that gadget in hand, which could be detrimental to their cycling.

I really hate how good this card can be against HEROs since its the deck I run most. HEROs are notorious for clumping a bunch of Neos Alius in hand, so when they add one it’s likely they have another making an easy way to clean out the opposing HERO player’s options. The HERO player can follow up with Miracle Fusion on those Alius of with Hero Blast to add them back, but conversely those cards are also answerable to Mind Crush as well since Blast adds Alius to hand and the Shining adds back HEROs to hand, where they can just be Mind Crushed. When you want to Mind Crush really is dependent here on the game state and what deck you’re using.

The card has applications against a whole lot of other decks ad well, but what’s most important about applying it is knowing opposing decks. This is one thing I can’t stress enough for anyone who wants to play competitively: know how all the decks work and not just your own deck. Plenty of people randomly lose to decks simply because they don’t have a full understanding of how they work, that’s why after a pack’s release a large amount of newer decks usually top simply due to unpreparedness. Also, in the case of Mind Crush know you deck just as well, know when you don’t want certain things to happen and what cards you can’t allow to proceed so you can know when you need to use your cards and when to save them.

One last, smaller bit of advice concerning Mind Crush. This card is ideally used in the side deck as I said before. It’s also important to understand that this cards effectiveness changes depending on whether you go first or second. Some decks get all of there searching and revealing done on there first turn, a good example would be Wind-Ups. I’d advise against siding this card against Wind-Ups going second since they get a lot of there searches off and Shark plays done first turn if they possibly can, that’s not to say they will every time, but for consistencies sake its smart to not side a card that has a chance of being dead. Then there’s GAM on the other side of the coin which would never do anything big on there first turn so this makes Mind Crush live against that deck always.

Hope this was helpful, keep on dueling and have some fun and stuff and what not who how.