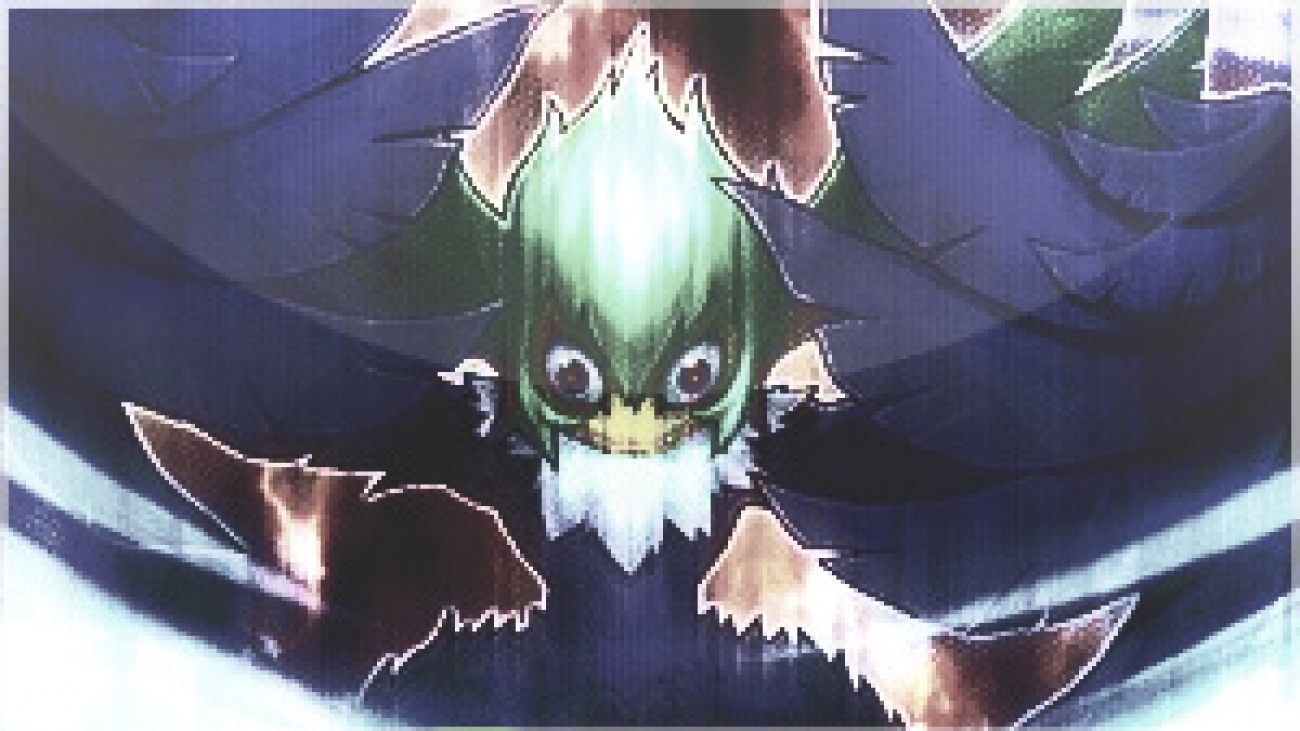 Last week I showed you some of the new things added to the Blackwing’s arsenal. This week I’ll give those ideas a little more form with the deck I’ve been working on.

First thing I want to say is, if you didn’t already know, when I post a deck list it’s because I think the deck is very viable. I won’t be posting any silly decks that are fun and work sometimes, I only post decks that I’m confident in. That being said, that doesn’t mean I post decks that will be easy to use, in fact more often than not I’ll post decks that are the opposite of auto pilot, as is the case with this deck. Blackwings do have some built in plays, but for the most part this deck is about having a lot of options open to you at one time, and non of which are the clear cut “best answer”. Because of this it allows the deck to be versatile in every situation in a good duelists hands. If you don’t like that kind of style you’ll likely find this deck to perform poorly.

Here’s a picture (from DevPro) with a deck list:

So you’re probably thinking “Hey! That’s just a boring Blackwing stun deck isn’t it!” and you’d be right, it is a boring Blackwing stun deck! The deck is relatively the same as it has been for a while, but the extra deck has gotten an extreme buff, as I mentioned last week. (it may even get the addition of Trishula if the ban list we’ve all been seeing floating around is legitimate)  With that buff comes extreme versatility and speed that the stun variant couldn’t really boast since it had triple Whirlwind and triple Gale allowing them to freely search and special summon practically their whole hand. Well, this isn’t nearly that crazy, but it’s quite good.

Some specific cards really jump out at me from the deck list: Kochi the Daybreak, Armageddon Knight, Vayu the Emblem of Honor and Vanity’s Emptiness. All of these cards play intricate roles in the new builds design. If you read my last week’s article most of these choices are easily explained.

Kochi is the first, his main use is being a Level 4 monster that’s summon-able by Shura’s effect. The rank 4 XYZ toolbox for Blackwings is extensive, but more often than not we’re looking to go into Master Key Beetle. Master Key Beetle creates a lock down of sorts using Vanity’s Emptiness that doesn’t allow the opponent to Special Summon, and Beetle prevents Emptiness from being destroyed. Emptiness is chosen over Safe Zone for this deck simply because Safe Zone has no practical value aside from being used with Beetle. In a deck like Evilswarm, putting a Safe Zone on an Ophion is very powerful, but in Blackwings their’s really no monster that’s that great with Safe Zone on it, especially when you’re firing off your Blackwing monster using Icarus Attack.

Blackwings can play underneath Emptiness really well. Fiendish Chain becomes ideal in partnership with Emptiness because it doesn’t go to the graveyard, meaning it wont destroy Emptiness. The same is said for Kalut’s attack boosting effect. You then have a pretty solid defense of first a large Blackwing body, since Blackwings have quite the high attack barrier without special summoning, prevention of special summoning, attack boosting with Kalut and the final back-up being Fiendish Chain. This all puts the opponent in a pickle, especially if they’re reliant on special summoning.

Next is Armageddon Knight, he’s got quite a bit of useful plays using Vayu/Sirocco and Zephyros. Originally I was running Foolish Burial, but I swapped it out for him because he’s a Level 4 DARK body. He can be combined with Fiendish Chain, or another face-up card such as Black Whirlwind to make a Rank 4 XYZ, including Key Beetle by sending Zephyros and bouncing that face-up card. As mentioned in the previous article you can also bounce the Armageddon Knight if you have a Bora in hand and then Special Summon the Bora. This makes a Master Key Beetle or sets up a Vayu play if you make Lavalval Chain. Do that play and make Lavalval Chain and use him to send Vayu to grave, then next turn you can summon Armageddon Knight and send Sirocco to make Vayu live. Armageddon Knight is also nice because he’s expendable. Sometimes you don’t want to waste Blackwing monsters on your opponent’s Spells and Traps so it’s easier to send in Armageddon Knight to put pressure on the opponent to use there face-down cards.

Vayu’s always been a pretty standard choice in the standard Blackwing build, but I feel he deserves a special mention for a couple reasons. First, I wouldn’t have run Vayu if I weren’t running Armageddon Knight. Vayu simple doesn’t serve enough purposes without him in the deck and Vayu is simply awful in the hand. Second thing, never add Vayu to hand with Black Whirlwind. I see people do this all the time after they summon Blizzard. They think they might as well get the advantage because it’s their, but you’re at a great advantage when Vayu’s in the deck. When Vayu is in your hand you literally only have 1 play with it, and that’s setting it to eat up your entire turn, which sucks. If you draw Vayu, best you wait until you also have Icarus Attack or Allure of Darkness to get rid of it. Third reason, Shura can summon Vayu, which we all know, and with the addition of their new Level 5 Synchro: Blackwing – Gram the Shining Star, you can setup your Vayu play with Shura alone. No, you can’t summon Gram with Vayu’s effect, which is unfortunate, but you can banish Gram in grave to summon an Armed Wing with Vayu’s effect, which I think is fair.

The Spell and Trap Line-up:

Their’s a notably low amount of Spells in the deck, I put in the only ones I thought where good, no extras. You could potentially cut the Dark Hole if you don’t like it since it serves no greater purpose in the deck.

The trap line-up is geared specifically towards the current meta, the crazy Dragon Ruler and Prophecy meta, since I can’t really tell you what the new meta will be that’s all I can really give. From what it looks like, we’re probably going to be seeing a lot of stun-ish decks from the new formats onset as well as some turbo decks. Here’s some decks that come to mind: 4 Axis Fire Fist, 3 Axis Fire Fists, Lavals, Evilswarms, Constellars, Hieratics, Chaos Dragons, Frog Monarchs and Bujins. If those decks are any good, it’s probably a good idea to drop Compulsory Evacuation Device for a 3rd Fiendish Chain and maybe even a tech Skill Drain.

I run Starlight Road because this deck can get blown out by Heavy Storm, just like every other Trap using deck in existence. (to my chagrin) If you don’t like Starlight Road you can potentially be running Dark Bribes instead, but I really don’t like running Dark Bribe, it’s never been good to me. With the potential for people to run traps again, Starlight Road becomes a lot better too because we’ll be seeing Torrential Tribute and Mirror Force again. (potentially 3 Mirror Force depending on the way the dice rolls)

3 Icarus hasn’t really been good because lately people have been investing more into the hand than the field, so it’s been hard to make advantage off of this card and it’s been trivialized into simplifying the game state instead. In the current meta, you can beat the poodie out of Prophecy with this card since Jowgen lock and Kycoo lock aren’t really an issue to Blackwings, especially with Icarus to pop stuff at your whim. It’s not fantastic against Dragons, but it still prevent any XYZ or Synchro summon any player would try to do. Hopefully in combination with Vanity’s Emptiness you’ll have a lot stronger match-up against Dragons, which probably wont matter for long, but let’s have some fun for now!

There’s not a whole lot to note here. Standard 4 Blackwing Synchros, 1 good level 6 and 1 good level 5 for Blizzard, Stardust Dragon for Starlight and random Crimson Blader for when you get the Kochi + Bora play. XYZ is just all the good Rank 4’s. If XYZ Encore catches on you’ll probably want to swap out Gagaga Cowboy for a random Rank 3 XYZ, you may want to do that anyways.

Potential changes: Crimson Blader will probably become Scrap Dragon or Thought Ruler Archfiend upon the format change. I’ll probably swap out Gagaga Cowboy for Number 49: Fortune Tune since it has a lot of synergy. It’s generically good first off, it cycles my Kalut’s back into the deck, it’s pretty easy to summon with Kalut’s and Gale in combination with Blizzard, it’s an answer to XYZ Encore and lastly it’s a Winged Beast so I can use it with Icarus Attack.

So, the ban list got leaked after I had already finished the article up, but I figured I’d make some notes about it since they make some relevant changes to the deck, namely 2 Black Whirldwind, 3 Duality and 3 Mirror Force changes. I’d probably drop the 2 Compulsory for 1 Mirror Force and 1 Black Whirlwind. I’m not sure if I’d want 3 Duality or not, we’ll have to see from testing. In theory, it’d be a great way to open with Whirlwind more consistently, but in practice sometimes it’s bad. Duality into Duality would seem like a thing that’d happen more, and I don’t like that. We’ll see I say!

QOTW: Question of the Week:

What are some of the decks you think that’ll be in the top of the up and coming format and why?

Personally, I think Hieratics are going to be really strong. Ya, they get hurt by Evilswarms, but if they know they’re going to face them siding Electric Virus and XYZ Encore really solves that problem. Secondly, the deck is really consistent with the addition of Tempest, Dragon Ruler of Storms. They simply need to run Luster Dragon #2 in twos, Parrot Dragon (if they want the Level 5 Normal) and Koa’ki Meiru Draco (for Gorz, Trag and Fader, courtesy of Paul Cooper) and they have enough WIND targets to pull Tempest’s hand effect, and once it’s in grave all it does is increase the amount of damage they can put on board. Let’s not forget 3 MST, 3 Night Beam and Heavy Storm as well.