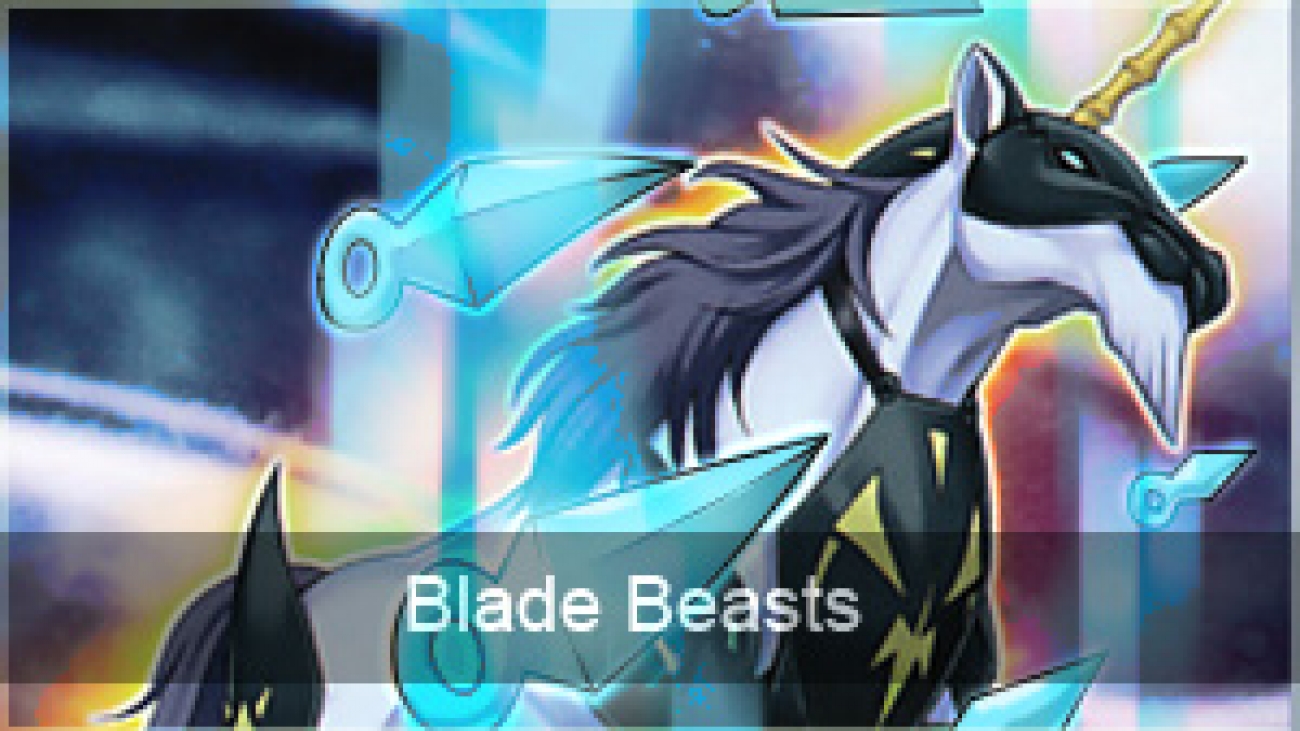 Number Hunters is four days on the horizon meaning that Number 74: Master of Blades is almost upon us. For all those unaware of the card, it’s a Rank 7 XYZ that’s going to have a huge impact on the game. It’ll most likely be one of the defining monsters in the Dragon Ruler mirror match and also give a huge boost to any other decks that may be able to make Rank 7 XYZ since it can give you a leg up on Dragon Rulers. (Decks like Mermails, Lightsworns, and this new idea) Here’s his stats and effect:

During either player’s turn, when a card or effect is activated that targets this face-up card: You can detach 1 Xyz Material from this card; negate the activation, and if you do, destroy that card, then you can destroy 1 card on the field.

In short, don’t target this card with anything or you’ll be unhappy. That means Number 11: Big Eye and Mecha Phantom Beast Dracossack can’t touch it because their effects target and they both have 100 less ATK than it.

Why do we, being non-Dragon Ruler players care? Because it’s a Psychic XYZ monster! Wait, why does that matter? It’s because of a Heraldic Beast monster (an archetype that I have avidly kept track of) that makes for some interesting synergy between Dragon Rulers and Heraldic Beasts: Heraldic Beast Unicorn.

I have plenty of older articles about Heraldic Beasts so I’m going to keep explanations about their effects to a minimum. I will explain the most important effect though, the effect of Unicorn. Unicorn’s a Level 4 LIGHT Beast with negligible ATK and DEF. It’s effect though is you can Banish it in the graveyard to revive a Psychic XYZ monster from your graveyard with its effect negated. There where previously only 3 monsters for this effect: Number 8: Heraldic King Genom-Heritage, Number 69: Heraldry Crest and the oh so not worth it Chronomaly Crystal Chrononaut. Both the Heraldic XYZ are very strong but have drawbacks that made using them with Unicorn very inconsistent, but there’s a difference here between those 2 and the new Master of Blades.

Both Genom-Heritage and Heraldry Crest are Rank 4 XYZ so they can be summon within the Heraldic Beast archetype since all their monsters are level 4. The issue though is there’s almost no reason to summon them unwarranted; that meaning if you opponent has an open field, summon either of them is pointless since they both rely on the opponent having XYZ monsters. Because of this you really find a break between summoning the monsters and wanting to revive them with Unicorn. You don’t really have any reason to summon them except so they can die and be revived for free, which is silly. Of course, sometimes you’re opponent does XYZ so you can make the 2 Heraldry XYZ and punish the opponent and then revive them for free, that being the ideal situation. Enter Master of Blades though, a monster that desires to be flippantly placed on the board, even when the opponent has no cards. That means he’s the ideal monster for Unicorn since you can place on the field for no reason and bring him back for free when he dies. On top of that he has higher attack than either of the Heraldry XYZ making him doubly worth it.

Then you’re thinking, how do I make a Rank 7 XYZ in a deck that only runs level 4 monsters? Simple, just like any deck that runs monster with elemental attributes, slap some Dragon Rulers into the deck. Not to say we’re just doing this willy nilly because “Dragon Rulers make every deck better” as some may say, but actually because Dragon Rulers provide a lot of helpful synergies within Heraldic Beasts.

Redox is good in just about any EARTH deck, he’s the most versatile of the Dragon Rulers, but with that comes his wimpy 1600 ATK stat. (his 3000 booty’s not that bad though) His most ideal form of action in Heraldic Beast is being able to discard Heraldic Beast Leo to revive another Heraldic Beast for an XYZ summon. This will trigger Leo so you can search and setup to the use of Heraldic Beast Eale. (Eale can be Special Summoned if you control 2 Heraldic Beasts) as long as you have any other Heraldic Beast in hand you can Normal Summon it, use Redox discarding Leo to bring out another, search Eale with the Leo and Special Summon it. This gives you access to Heraldic Crest, Shock Master and possibly 2 Rank 4’s if you’ve got a Chain Dog in the graveyard. (Chain Dog can be special summoned from the graveyard if you control 2 Beast-type monsters. Leo, Eale, Basilisk and Unicorn are all Beast-type, Diamond Dire Wolf too) That’s just a simple play, but combine that with Heraldry Reborn, Monster Reborn, D.D.R. – Different Dimension Reincarnation and Advanced Heraldry Art and we’re swarming A LOT of monsters.

Tempest is a little more interesting in this deck. Tempest can discard a WIND mosnter and itself to search any Dragon-type monster from the deck. That means it searches any Dragon Rulers (Redox, Reactan, Tempest and Lightning) as well as Heraldic Beast Aberconway. (who’s slowly becoming one of my favorite cards now) This lets you dump Aberconways faster than ever, and the first thing I want with Aberconway is 2 copies of it in the graveyard so I can start cycling my Heraldic Beast Leo back to hand to search other monsters. The simplest thing to be doing is have a Tempest and an Aberconway in hand and discard both to add another Aberconway. You’ve now successfully obtained 2 copies right their. There’s also so even cooler synergy in that you can search an Aberconway whenever Tempest gets banished using Tempest’s effect. So here’s a potential play: Gold Sarcophagus a Tempest and search an Aberconway. Simple enough.

With all this Banishing from the Dragon Rulers, Aberconway and Unicorn, we can support a lot of other cards that Heraldic Beasts couldn’t before. There’s also the element of discarding that adds some new factors as well. We’ve already got D.D.R. but it’s probably a good idea to be adding Return From a Different Dimension as well, since 1 card Shock Master is really good, especially if the XYZ material for that Shock Master will make more advantage later if they’re Leos, Aberconways or Unicorns. Another card that’s probably warranted is Burial From the Different Dimension; it can literally plus with Unicorn or Aberconway. There’s also potential for any kind of Leviair summoning meaning either Tour Guide or Crane Crane plus Lightning. Given all the discarding from the Dragon Rulers as well as D.D.R. we can also play Super Rejuvenation as much as I hate the card, why not be running a plus 5?

That is all! See ya next week.