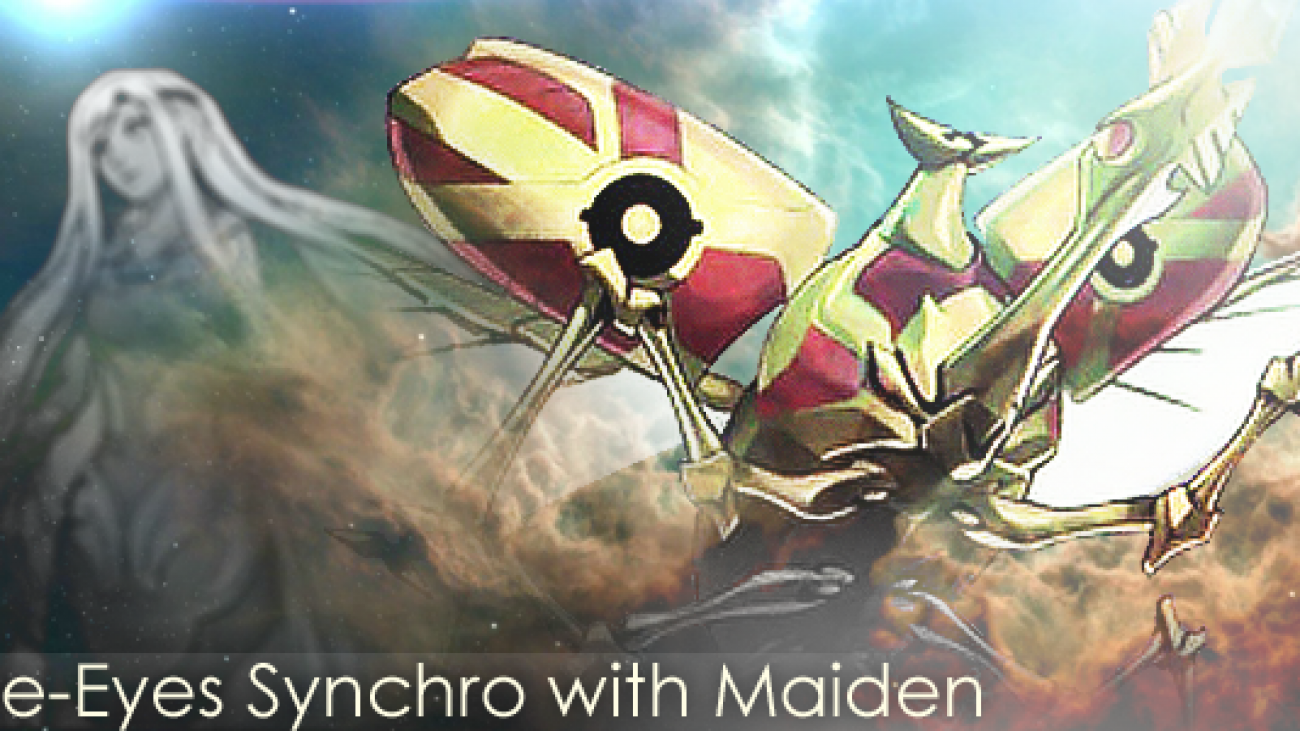 After my recent regionals trip, I immediately tried to start thinking outside of the box, which for me is getting back to a deck that plays as many cards as possible per turn and tries to look cool doing it.

There are a lot of new cards I haven’t gotten to fiddle with yet, like the baby chaos dragons Black Dragon Collapserpent and White Dragon Wyverburster. I’ve just been too busy with work and studying to pay attention to much else.

These two babies work great as synchro material, if one is sent from the field to the graveyard, it adds the other one from your deck to your hand. Its very “Reborn Tengu” meets “banish x-attribute Spirit card”. They fuel themselves.

Now normally, I’d be heading for my Lightsworns since they fill the Graveyard fast. But I wanted to do something a little different this time, break tradition, and I thought Maiden and Blue Eyes might help. 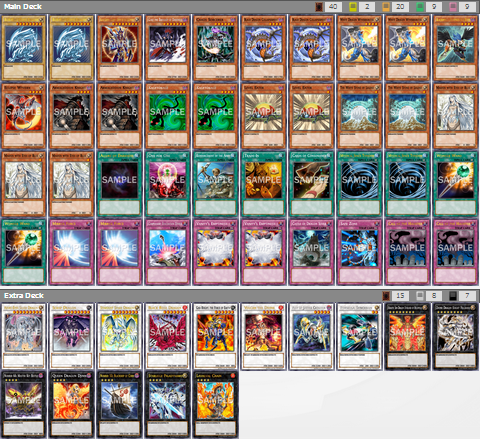 The Blue-Eyes Engine: Standard Fanfare
(3) Maiden with Eyes of Blue: Needs to be on the field turn one for the most optimal follow-ups. It’s also a fairly usable top-deck and doubles as a Level 1 Tuner for synchro plays.
(2) Blue-Eyes White Dragon: 3 commits too much deck space. In an ideal world, you would only run two anyways.
(2) Level-Eater: Gets in the graveyard quick, one can be used as chaos food if necessary. Integral in Synchro and extended Xyz plays.
(1) One for One: Gets out Maiden quicker, dumps Graveyard-based monsters, fuels Chaos.
(1) Trade-In: Dumps Blue-Eyes in hand.
(1) Cards of Consonance: Dumps White Stone in hand, searches Blue-Eyes.
(2) White Stone of Legend: For searching and it’s a usable Level 1 Tuner.
(2) Wonder Wand: Targets Maiden for her effect, but I rarely use the Draw effect. I leave her on the field to confuse the opponent into making bad plays (attacking/targeting) and to fish out MSTs.

Chaos Synergy: Pushes for Game
(1) Black Luster Soldier
(1) Chaos Sorcerer
(2) Black Dragon Collapserpent &
(2) White Dragon Wyverburster: Both powerful cards, any more than 2 and they start taking space from the plays that put their fuel in the graveyard. They provide easy access to Queen Dragon Djinn, and don’t lose advantage when used as Synchro material. The way they restock your hand is very reassuring.

Utility Monsters: Extra Support
(1) BW Zephyros the Elite: Here to reuse cards like Call of the Haunted, BLS, and Safe Zone.(1) Eclypse Wyvern: It and Wyburster make a good Starliege Palidynamo, or an otherwise solid first turn Set. Could be switched out for Thunder King Rai-Oh, though I like the potential payoff of Wyvern + Trade-In.(1) Gorz: Establishes great ‘Synchro fodder’ first turn, allowing lots of control over field presence and the Graveyard.

Spells and Traps: Noteworthy
(1) Castle of Dragon Souls: This is an interesting test-card. Ideally, it can punish MST by returning banished Blue-Eyes, giving me a little freedom in how I use my spare (since I run 2 BEWD).
(2) Vanity’s Emptiness: Another test-card that 1/4th of the cards in my deck can ‘turn off’. The intent is to use Blue-Eyes as a wall while Special Summoning is turned off.

Extra Deck: Combos
(1) Number 66 – Master Key Beetle: Targeting Maiden with its effect will summon a Blue-Eyes. From their, you have the option to do nothing, or Synchro (preferably if Level Eater is in the Graveyard).
(1) Scrap Dragon: Assuming Key Beetle + Maiden remains on the field, pulling out a Scrap Dragon is a little interesting. It requires a Blue-Eyes, a Level 1 Tuner (Maiden or Stone), and a Level Eater to make Scrap Dragon, with Key Beetle using its effect on Scrap Dragon to prevent it from destroying itself when you use its effect.
(1) Ally of Justice – Catastor: Catastor can become a Level 4 Monster (with Level Eater), meaning it has the potential to Xyz into any Rank 4 with another Level 4 monster.

Building a Blue-Eyes Deck?
>> Save a little money on the starter deck by picking it up on Amazon.
>>