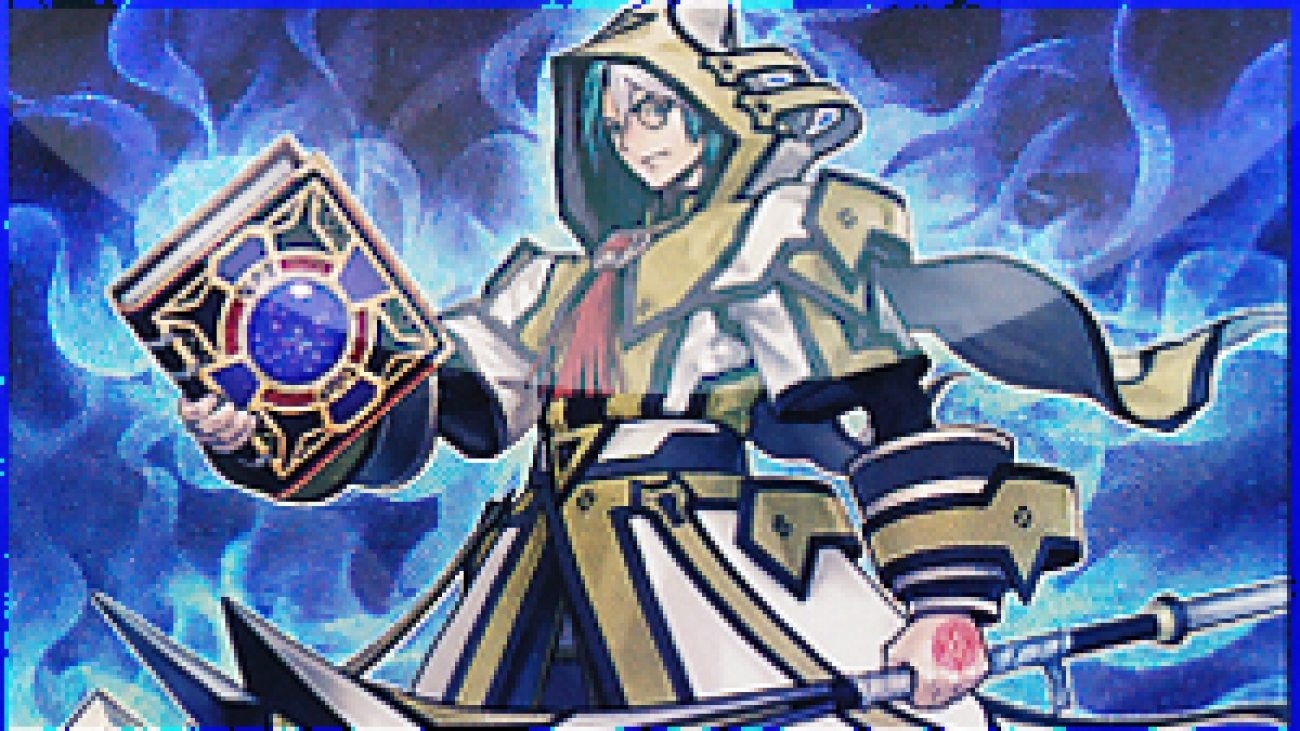 An upcoming meta-relevant card that I certainly enjoy.

In the same set as all of the new Fluffal support we’re also receiving a new, incredibly fun archetype called the Eidolon Beasts. The deck is based on Fusion Summoning many different elemental based Fusion Monsters, having one of each attribute, using a set of very unique cards. All the Fusion Monsters require at least 1 generic material pertaining to the monster’s attribute. For example, the archetype has a LIGHT Fusion monster that requires any LIGHT attribute monster plus Aleister the Eidolon Summoner. The archetype consists of Fusion monsters, one of every attribute as Fusion Material plus this interesting monster Aleister the Eidolon Summoner and additionally one boss type Fusion Monster who’s a Fusion of any Eidolon Beast monster and any Extra Deck monster.

Aleister is the only main deck monster in this entire archetype making this archetype functional with a lot of other decks because it allows you to run a fairly small fusion engine and go into the multitude of Fusion Monsters that Eidolon Beasts provide depending on the attributes your deck contains as well as the current state of the metagame. All the small engine really asks of you is access to your Normal Summon.  Of course, the most important monster for this archetype would then be Aleister himself so I’ll go over him now: During either player’s turn: You can send this card from your hand to the Graveyard, then target 1 Fusion Monster you control; it gains 1000 ATK and DEF until the end of this turn. If this card is Normal Summoned or flipped face-up: You can add 1 “Eidolon Summoning Magic” from your Deck to your hand.

Of course, Aleister’s relevance wouldn’t be fully understood without explaining Eidolon Summoning Magic, so before I continue I’ll show that card as well: Fusion Summon 1 Fusion Monster from your Extra Deck, using monsters from your hand as Fusion Materials. If Summoning an “Eidolon Beast” Fusion Monster this way, you can also banish monsters from your field and/or either player’s Graveyard as Fusion Material. If this card is in your Graveyard: You can target 1 of your banished “Aleister the Eidolon Summoner”; shuffle this card into the Deck, and if you do, add that monster to your hand. You can only use this effect of “Eidolon Summoning Magic” once per turn.

In the end, this is really simple. If I were to boil it down to the bare-bones essentials, Aleister is a monster that adds Polymerization to the hand when he’s Normal Summoned, and Eidolon Summoning Magic is just a fancy version of Polymerization  that can recycle itself and Aleister nearly indefinitely. From that standpoint alone the idea of this deck is very solid. Of course, each of these two cards has more depth to them adding even more possibilities.

First off, Eidolon Summon Magic has an extra clause allowing you to Fusion Summon using monsters from the graveyard as well, similar to Miracle Fusion, but also allowing you to use monsters in the opponent’s graveyard. The opponent’s graveyard portion sounds pretty sweet, and it is, but it’s also not always reliable, so I tend to not really care about it, especially when deck building. Of course though, when it comes to higher level deck building rather than just theory crafting this portion of the clause becomes more valuable. For example, when just theory crafting and ironing out deck consistency banishing from the opponent’s graveyard can be ignored. Once past that phase you can then analyze the meta to find decks that have some form of graveyard reliance and make deck building tweaks accordingly that use Eidolon Summoning Magic to take advantage of that. If I perhaps wanted to have a better time versus Infernoids, I may want to include the FIRE Fusion monster in my Extra Deck even if I don’t run FIRE monsters myself because I could banish my opponent’s Infernoids from their graveyard to make him, being advantageous to me on multiple fronts, but for the sake of this article I’m going to mostly ignore that aspect of the card.

More relevant to me at this point about being able to use from the graveyard is the fact that you can utilize the same Aleister used to search for Eidolon Summoning Magic is you later send it to the graveyard. A common strategy in the OCG is to pair Aleister with Photon Thrasher. You can Special Summon the Photon Thrasher, then Normal Summon Aleister searching Summoning Magic. You can then XYZ summon using the two and detach them from said XYZ monster in some fashion, for example with Castel, and then both Thrasher and Aleister would be in the graveyard. Then you can use Summoning Magic banishing both from your graveyard to make the LIGHT Eidolon Fusion Monster. In the end it’s only a two for two, so no advantage gained, but you traded two simple cards for two very good cards. If you take into account the card spun by Castel it can be considered a plus 1. Due to the synergy of Summoning Magic and Aleister though you can gain another plus one and facilitate the archetype’s recycling properties.

When Summoning Magic is in the graveyard you can shuffle it back into your deck by returning a banished Aleister to your hand. This incentivises banishing Aleister from your graveyard for your Fusion Summons. So in the aforementioned play you can recycle you Summoning Magic to recur your banished Aleister for next turn, or you could even utilize Aleister’s Honest like effect to boost the ATK and DEF of the Fusion monster you summoned. The recursion has particular synergy with the LIGHT attribute Fusion Monster, Markabah the Eidolon Beast, because Merkabah’s effect lets you discard a same type card (monster, spell, or trap) to negate a card once per turn. The recursion of Aleister can then give you ammo for that discarding effect even if you used all you other cards that turn.

The boosting effect of Aleister is actually quite handy, despite how tame it may seem. Notably, this effect is not once per turn, so you can stack multiple Aleister boosts in the same turn allowing for potential OTKs and surprise battle tricks when the opponent attacks. Naturally, this effect has synergy with some of the Fusion Monsters, the FIRE Fusion Monster in particular, Purgatorio the Eidolon Beast. Purgatorio has piercing and can also attack all the opponent’s monsters once each. This means if the opponent has a large amount of monsters, even in defense position, you can use Purgatorio in combination with the ATK boost provided by Aleister to clear and opponent’s board very easily.

I of course mentioned the two Fusion Monsters I have been most impressed with the use of because they have both the best effects and some very relevant synergies with other existing decks. For LIGHT there is of course the simple but effective Photon Thrasher but of course there are tons of other monsters that are worth running for LIGHT Fusion Material. This is what I think makes this archetype the most interesting and fun is because it gives the deck builders a lot of liberty and freedom in what they can do with their decks. The archetype really only consists of a 7 to 10 card engine including the Eidolon field spell which literally is just a ROTA for searching Aleister and then the potential to also run Terraforming. That means you can adds loads of different and interesting stuff, and that’s what the OCG seems to be doing and I think that’s just fantastic. Here’s some interesting stuff I’ve seen or tried out myself:

There are of course tons of other possibilities with this archetype, for example I really want to use the WIND Fusion, Raideen the Eidolon Beast, because it provides tons of control and it’s basically any easier version of Prediction Princess Tarotei to summon, the problem being I don’t know which WIND monsters to be running. I highly encourage you to check  out this archetype on your online dule simulating platform of choice so you can get ready to use it in the future, like I know I’m pretty sure I’d like to do. Have fun everyone!