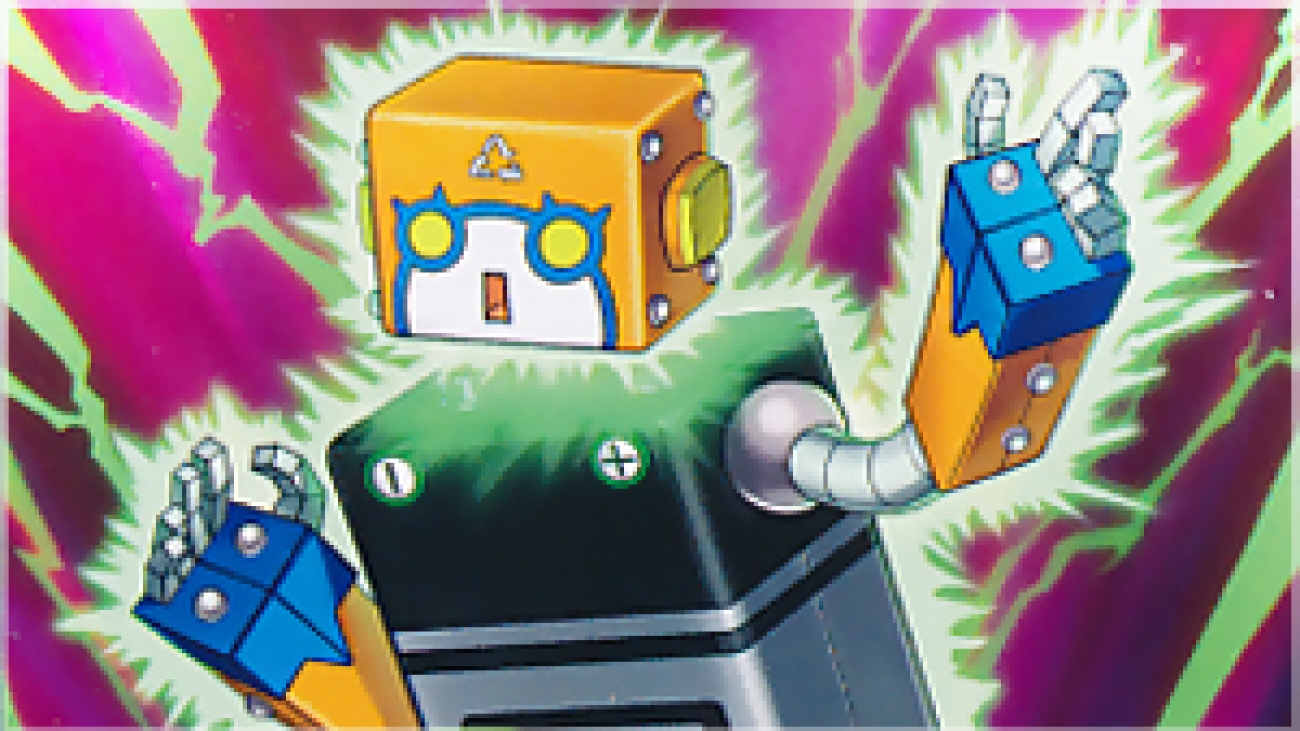 by Kyle
with 8 comments
Single CardWritten by: Kyle

I bet you didn’t know Batterymen were this good!

I bet most people probably don’t know much about Batterymen to begin with either actually, and I’m about to tell you that not only are they good now with the advent of Batteryman 9V, they are potentially a competitive deck.

Batteryman 9V is just a lowly common in the new Duelist Alliance pack. I was a little surprised how little most people payed mind to it considering how amazing a card it is. It’s effect really ties together the whole Batteryman deck and makes it magnitudes more consistent. Here’s the card: When this card is Summoned: You can add 1 “Batteryman” monster from your Deck to your hand, and if you do, this card’s ATK and DEF become double its original ATK and DEF, respectively. You can only use this effect of “Batteryman 9V” once per turn. During your End Phase: Destroy this card.

Batteryman 9V works with just about every bit of Battery support out there. You can simply normal summon it and search the deck for later in the most simple application of the card. You can also special summon it with Battery Micro Cell or Batteryman Charger from the deck to get off his search effect.

Batteryman Charger is really an ace when it comes to Batteryman and is significantly boosted by the existence of Batteryman 9V. Charge is a Level 5, when it’s Tribute Summoned you can Special Summon any Batteryman from the deck. You typically will want to summon 9V, which will trigger his search effect allowing you to search Batteryman Fuel Cell. You can Special Summon Fuel Cell from the hand when you have 2 or more Batteryman monsters on the field, which you now do. This gets you 3 Batteryman on the field for the activation requirements of Short Circuit, a Spell that destroys all the cards your opponent controls. Fuel Cell can also tribute a Batteryman to return a card on the field to the hand, typically tributing 9V since it will be destroyed during the End Phase anyways.

Batteryman 9V also works with the few Batteryman support cards there are: Recycling Batteries, Quick Charger, Battery Charger and Portable Battery Pack. Recycling Batteries is a normal spell that adds two 1500 ATK or less thunder monster from the graveyard to the hand, which 9V meets the criteria for. Quick Charger is a quick-play spell that adds two level 4 or lower Batteryman from your graveyard to the hand. Battery Charge is normal spell that revives one Batteryman from the graveyard for 500 lifepoints, which will set off 9V’s effect if summon by this. Portable Battery Pack is a continuous trap that is like a Call of the Haunted except for 2 Batteryman monsters which is a doubly good card with 9V netting you any Batteryman from the deck and another Batteryman monster.

I’ve currently been testing out the deck using Artifacts as a support engine because Artifacts are good and also because they’re LIGHT level 5’s which makes easy Pleiades in combination with Batteryman Charger. The deck is an incredibly fast deck, performing OTKs on turn 3 or 4. Here’s an example, you open with 9V and Call of the Haunted.

With two cards it generates 4 monsters and over 9000 damage! Also, both Fuel Cells have the potential to bounce any opposing cards to the hand, ideally Extra Deck monsters. You also end with two level 6 monsters allowing for a Rank 6 XYZ. Overall, very powerful and I’m quite excited to try playing this deck in the future.

What do you guys think of the new U.A. (Ultra Athlete) archetype? At first I was expecting Battlin’ Boxer all over again in terms of lame art and concept, but they actually look pretty cool and have very good effects. I’m pretty confident that if they get any other good cards this deck will be meaningful for the meta.

Also, how was your pre-release, any good pulls?