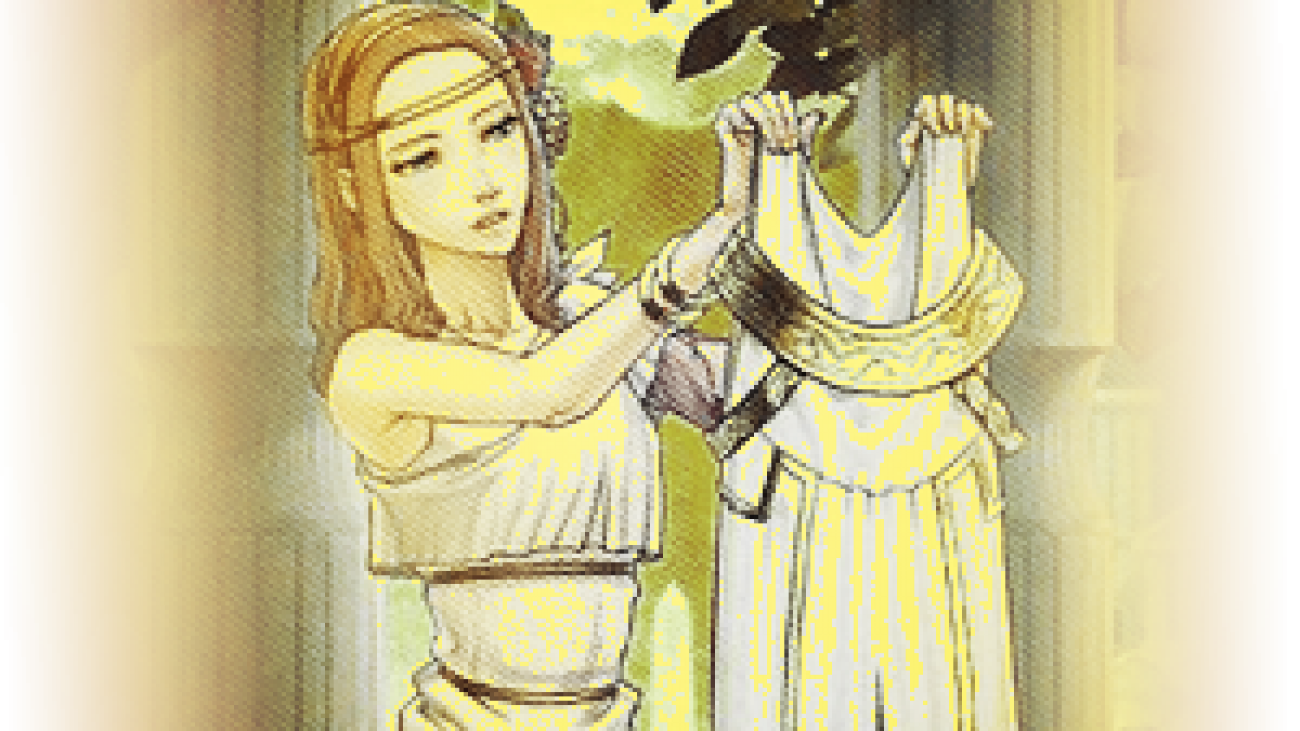 Straight to the point, Forbidden Dress is a strong card with many facets that make it viable in the current meta and a better choice than other similar cards, and in this article I discuss why.

The first thing I know that I think when I look at this card is “why should I run this over similar seemingly better cards” namely: Forbidden Lance and Safe Zone? Which is a valid question. Upon a first glance the card seems worse in every way to the prior, it has less attack manipulation than Lance and requires preemptive usage like Safe Zone meaning it doesn’t work when chain to cards like D-Prison or Compulsory. It also isn’t permanent or prevent destruction through battle like Safe Zone. This makes it seem very underwhelming in comparison, but we must look past this to see its specific advantages in order to understand why this card is appropriate in the current game.

There’s three specific traits to this card that give it an edge over the other two when in combination. First, it can be activated in the damage step, a great time to be activating things as always. Second, it can be activated from the hand, setting is not required. And third, unlike Lance it can work against monster effects as well as Spells and Traps.

What cards can and can’t Dress respond to effectively in comparison to Lance? In the end, Dress will be able to respond to spells and traps almost exactly the same as Lance. A majority of the time when you chain Lance to in essence negate something, you chain it to the following: Bottomless Trap Hole and Torrential. You can chain it to cards like D-Prison and Mirror Force, but that’s unlikely in my experience since most of the time you get D-Prison’d when attacking into an opposing monster and if you where to use Lance to save your monster, you would then proceed to lose the battle due to the attack drop, so essentially not being able to chain Dress to attack stopping S/T is a non-issue. This means Lance and Dress effectively stop the same cards. The only card in specific that really matters that Lance can’t respond to is Compulsory Evacuation Device. Which is only played at around 1 copy per deck, and I don’t advice running cards just to counter a specific card your opponent only runs 1 of.

In all other cases you use Lance to manipulate monster’s attack in the damage step so you can win a battle, and the 200 difference isn’t really enough to matter unless your deck is running a lot of really small monsters. But for the most part decks that utilize Lance in this fashion wont be sad from the minimal attack loss between the two cards if they switch. Cards like Jurrac Guaiba can beat over anything with 2200 with Dress and clash with 2300, which in fine considering most cases involve going over monsters with 2000 or less attack. Unfortunately though they lose out on the 2400 attack threshold they gain with Lance, which is something to be desired. Decks like Gladiator Beasts also use Lance, and the attack difference is almost irrelevant to them and the added bonus of being able to respond to monster effects is likely worth the change.

Being able to respond to monster effects is one of the strongest points of Dress over Lance. In the current meta, the most applicable use of this side of Dress’ effect is being able to respond to Atlantean Heavy Infantry in order to protect your big monsters. It also protects you from pretty much any other generic destruction effects that might come your way, like Darkworlds or maybe Bear from the new Brotherhood of the Fire Fist archetype. It can also be used in advance to protect your monsters from obvious incoming monster effects that target. A good example is say you have Elemental HERO the Shining on the field, the opponent summons Chaos Sorcerer and in response to the summon you can activate Dress to prevent The Shining from being targeted.

The main reasons though, why this card is better used than Safe Zone currently are that it can be activated in the damage step as well as be activated out of the hand. Damage step is important because this means it can respond to flip effect monsters unlike Safe Zone. This means in specific Ryko, Fossil Dyna and Snowman Eater and pretty much any other targeting monster flip effect. Since it can be activated in the damage step, you can chain it to Ryko’s effect to destroy targeting one of your monsters, and prevent the destruction. It can be even better against Snowman Eater since he’s always forced to destroy a face-up monster. A common occurrence is attacking with a lone Neos Alius or maybe a Thunder King Rai-oh into a face-down monster. When the monster flips you see it’s a Snowman Eater, in the past you would bite the bullet, but with Dress you can evade this. When Snowman flips and you go into the damage step, before the monsters actually battle you can use Dress on the T-King and then you eat 600 damage since T-King now has 1300 attack going into a 1900 booty, but when Snowman Eater is forced to destroy a face-up monster it can’t target T-King because of Dress and is forced to destroy itself or another monster they control. Pretty nifty.

It’s also very nice to be able to use it going second because it can be played from your hand. Bar Solemn Warning (the reason I hate this card is because it is un-counter-able when going second) it allows you loads of versatility in responding to the opponent. If you really need to get a summon off it stops Bottomless and Torrential. If you need to destroy a monster by battle you can play it out of hand in the damage step and you can even use it to disrupt any face-down mosnter effects. Then, if you don’t need it for any of those reasons in the end, you can always set it as a strong defensive play. All around strong card!

Hope you found this interesting. Comment and stuff! If anyone has anything they’d like an article on for next week I’m always looking for ideas! See ya round!