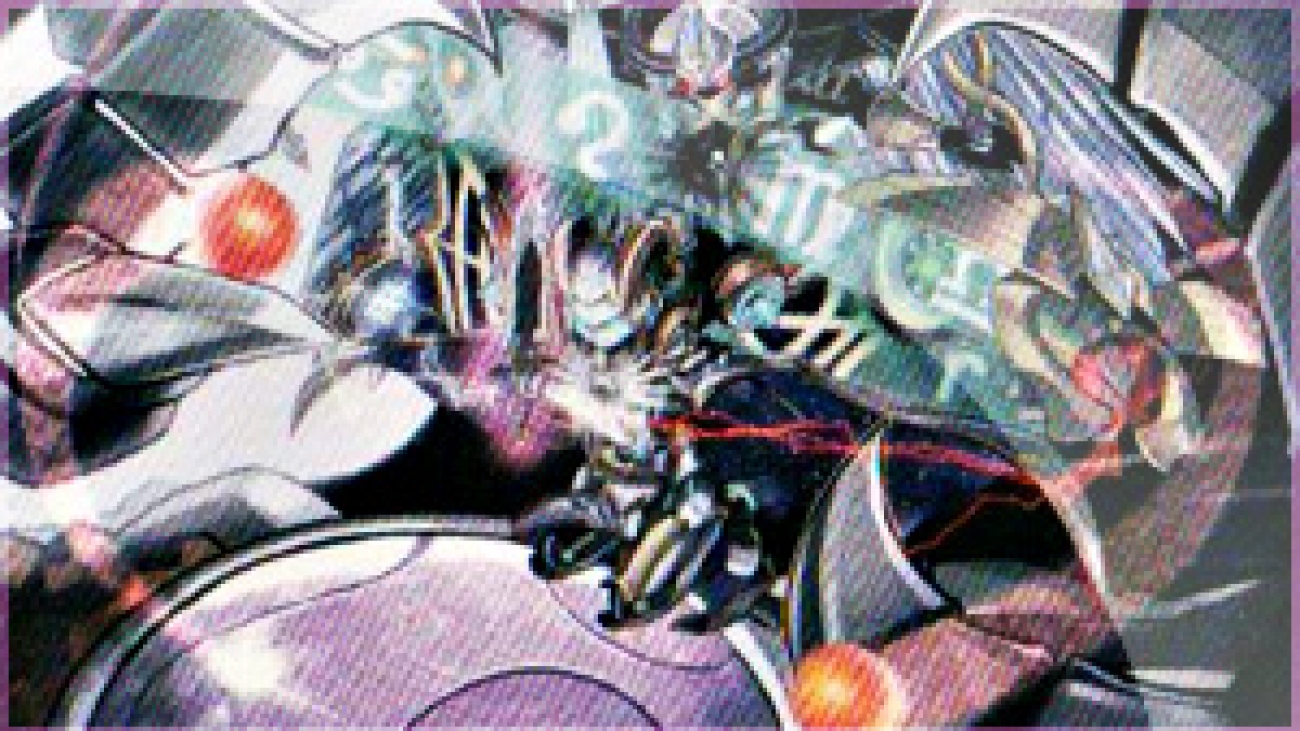 Lord of the Tachyon Galaxy is almost upon us. The pre-release just happened and some of the weird new cards caught my eye, Jewels of the Valiant being one of them.

I’m pretty sure most people don’t know what this card’s effect is so here’s the rundown:

If exactly 1 monster is banished from your Graveyard (and no other cards are banished at the same time) except during the Damage Step: You can send, from you Deck to the Graveyard, 1 monster that has a different Attribute from that banished monster. You can only use the effect of “Jewels of the Valiant” once per turn.

It’s a Continuous Spell Card, so in short, this is a really weird continuous spell version of Foolish Burial. Why do we need more Foolish Burial? Well, I’ll explain that in a fairly quick manner for a couple specific decks.

I showed this card to Matt in a sort of “what do you think about this” kind of manner and the first thing he told me was it can send Wulf to the graveyard, which is very powerful. I’ve been kind of looking for ways to make Celestia more live in Lightsworn decks because it’s really powerful, but it’s really hard to pull off which is the problem. This can give you an on command Wulf of sorts whenever you banish a monster in the graveyard which is pretty great. Another good monster to send in this deck is Eclipse Wyvern in order to search Judgement Dragons. You can also use Jewel’s effect when you banish said Eclipse Wyverns to get said Judgement Dragons.

So how are we going to do this, well I have a couple of interesting ideas. First, we need some cards that banish only a singular card. There’s actually some ways already in the deck and some others that seem almost obvious once you look at them. First we’ve got Necro Gardna and Bacon Saver. Since we need to banish cards that aren’t LIGHT these two cards make the perfect fit. They’re also live in the graveyard so they make a really nice loop with Jewels to keep sending cards to the graveyard. You banish Necro Gardna send a LIGHT monster, then banish a LIGHT monster and send Necro Gardna. Rinse and repeat. It keeps a nice control over the board through attack negation and monster presence with free 2100 beaters through Wulf. In order to banish LIGHT monsters the best card I could think of was probably Ghost Ship. Ghost Ship’s just a Level 5 1900 ATK LIGHT monster that Banishes a LIGHT monster in the graveyard to summon itself. This combos extremely well with Eclipse Wyvern and also allows some easy Rank 5 XYZ with Celestia.

The first thing Matt thought of was Lightsworns, so naturally the first thing I thought of was Frogs. Matt thought of the best monster to send, being Wulf, and I thought of the best instant access to Banishing from the graveyard: Ronintoadin.  Most people know Ronintoadin: Banish a Frog in your Graveyard to Special Summon it from your graveyard. Of course, this means we’ll be forgoing Treeborn Frog for this idea since it doesn’t work too well with Continuous Spells. Your welcome to run some other interesting Trap Cards or tech choices like Oh! F!sh if you’d like! Now, what we need to go along with this for Jewels to work is a non-WATER monster to be sending to the graveyard that works along side this.

There’s two monsters I thought of initially because I have a lot of experience with them in Frogs already: Blackwing – Zephyros the Elite and Destiny HERO – Malicious. Destiny HERO – Malicious has particularly high synergy since he can also set off Jewels of the Valiant since he also banishes exactly 1 card from the  graveyard, that being himself. Zephyros is good for bouncing Monarchs and Continuous Traps as we should all know, he also provides a free Level 4 when bouncing Jewels for the bear minimum play. Malicious gets Rank 6 XYZ which are very powerful with Monarchs now that they can summon Constellar Ptolemy M7, which adds the Monarch they just summoned back to their hand (as long as they have another monster in the graveyard) by detaching the Monarch from itself and targeting the Monarch that was just detached. Here’s a basic rundown:

Once you’ve used up that 1 Malicious you can do your one Zephyros, which acts practically the same but weaker.

This more effectively uses you Monarchs so that you don’t run out of them and you don’t have to run nearly as many of them to get them consistently.

[Next I’m going to talk about an unreleased cards that will come out in Judgement of the Light, so if you don’t want that spoiled too early don’t read anything in this next part.] A new card that’s about to come out makes for something I find pretty crazy. It allows you to backwards toolbox any monster in the game from your deck using Jewels of the Valiant with Ronintoadin. That card is Herald of Faithful Light. It’s a Rank 2 that requires 2 Level 2’s. LIGHT Fairy, it has 600 ATK and 1000 DEF (so pretty much useless stats). Here’s the effect:

You can detach 1 Xyz Material from this card to target 1 monster in your Graveyard; add that target to your hand, then shuffle 1 card from your hand into the Deck. You can only use the effect of “Herald of Faithful Light” once per turn.

It’s fairly straightforward what you’ll be doing with this card. Herald only furthers the re-use of Monarchs in Frogs at worst, but with Jewels it allows you to send Monarchs to the graveyard and add them back to your hand. Here’s how it’ll work:

Well of course I talk mostly about archetypes I know best, especially ones I’m currently working on. So it comes to no surprise that Heraldic Beasts come up again. Heraldic Beasts want to Foolish Burial a lot and they run some very consistent ways to Banish a single monster in the graveyard. You mostly want to use Jewels to send Leo to search your deck, but you can also send Aberconway or Unicorn. (look at any previous article I talk about Heraldic Beasts if you don’t know any of these monsters)

The simplest way to go about it in Heraldic Beasts is with Aberconway, who simply Banishes itself from the graveyard. Here’s the setup:

You end with two extra monsters in hand which is nice. With this cards added consistency it may be possible to run heavy discarding cards like Raigeki Break and more obvious, the Dragon Ruler monster Redox and Tempest. This also allows you to send the Dragon Rulers to the graveyard if you wish to backwards toolbox that in that manner.

Here’s a list of other interesting cards that this card could work with that I didn’t look into nearly as much: