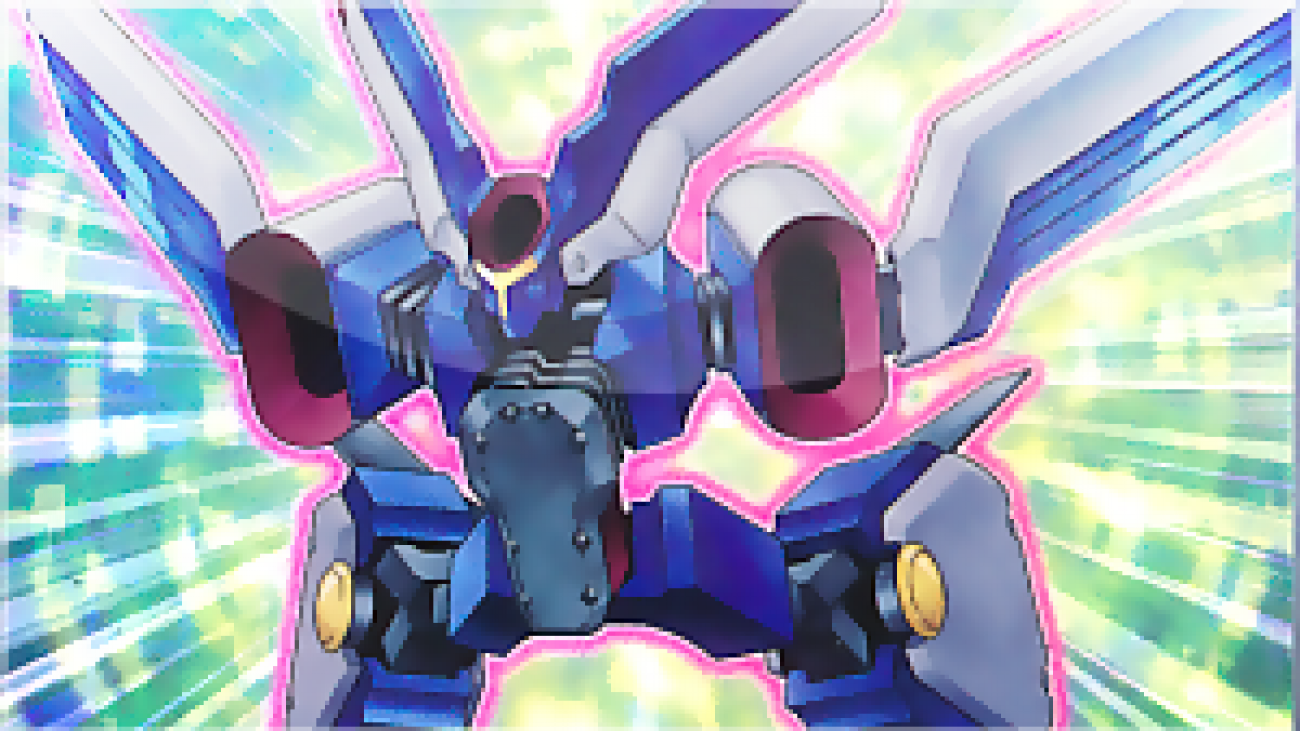 This week we look at a Rank 3 XYZ from Number Hunters: Mechquipped Angineer.

Mechquipped Angineer certainly wasn’t on anybody’s radar when Number Hunters came out. In fact, many people actually threw them aside from their packs as a card that would probably never be useful. It’s got crappy anime art and bad stats, so it must be bad right? It’s name’s kind of strange too. It wasn’t until Sorosh Saberian, a member of the infamous United Gosus team, topped YCS Toronto with this card in his deck, that it became of any note. He used it for a specific combo within the Mermail deck, but I’d like to tell you their’s more to it it than just that combo and it deserves a thought in any deck that can summon Rank 3 XYZ.

2 Level 3 monsters.
Once per turn, during either player’s turn: You can detach 1 Xyz Material from this card, then target 1 face-up Attack Position monster you control; change it to face-up Defense Position, and if you do, it cannot be destroyed by battle or by card effects this turn.

For reference, the Mermail Combo involves 3 cards, but basically only 2: Aqua Spirit, Mermail Abyssteus and any WATER monster. You Special Abyssteus and use its effect to discard the WATER monster to search Mermail Abyssocea. Normal summon Abyssocea, use its effect to send Abyssteus to the graveyard and special summon a Mermail Abysspike and any Level 3 Mermail from the deck. (neither can use their effect because they’ll miss the timing) Banish a WATER monster from the graveyard to summon Aqua Spirit. XYZ Aqua Spirit and Abysspike for Bahamut Shark (in attack mode, this is important actually). XYZ the Abyssocea and the other Level 3 for Mechquipped Angineer. Bahamut then can summon a Mermail Abysstrite from your extra deck in defense. This leaves you with a Bahamut Shark and Mechquipped Angineer in attack mode and a Mermail Abysstrite in defense mode.

Why would you want that field? This field setup really exemplifies the use of Angineer. It can protect itself or the Bahamut Shark to ensure Bahamut Shark’s effect can be used again next turn. The Abysstrite also acts as a huge defense and floater for the deck; it can allow you to revive Abysspike and make plays when it dies so you don’t lose advantage at all and also fine tune your hand.

This combo really showed me how to effectively use Angineer. In combination with any powerful monster with a strong effect, an Angineer along side it makes for an extremely potent field that puts a lot of pressure on the opponent. A specific deck other than Mermails that Angineer works fantastically in is Chaos decks.

Chaos decks are full of boss monsters that your opponent needs to react to immediately or potentially lose control of the game. Standard Chaos decks include the likes of Chaos Sorcerer, Black Luster Soldier and Dark Armed Dragon. Including Chaos Dragons we can also count cards like Red-Eyes Darkness Metal Dragon and XYZ monster like Hieratic Drago King Atum and Constellar Ptolemy M7 who provide advantage to the player if left unchecked. Most if not all of those monsters don’t even require a normal summon, so along side a Tour Guide to the Underworld or Lumina, Lightsworn Summoner, two monsters that could easily be run in either deck, you have access to Angineer and a boss monster. This presents a world of trouble for the opponent, since it’s really hard to deal with a card like Black Luster Solider if you can’t destroy it, and leaving it on the field for a turn can usually spell the end of the game.

On the topic of Chaos decks, Angineer also provides extremely useful “chaos food”. Previously, a Chaos deck might choose to use Tour Guide to summon Giga-Brilliant because it’s a LIGHT monster and Tour Guide is a DARK. This would provide monsters to banish for the summoning condition of any Chaos monster once Brilliant died. The massive issue though was that Giga-Brilliant was practically a useless monster. On the other hand Mechquipped Angineer is an incredibly good monster on its own, and is also a LIGHT attribute, fulfilling the same requirements.

How does this card work alone? It’s very simple. You can use this card in two ways when all you have is it. The first way is to play very defensively. Don’t attack or do anything with Angineer, just leave it in attack mode. If the opponent ever tries to threaten it you can just use its effect to switch itself to defense and not be destroyed for a turn. Using this strategy you can stall pretty flawlessly for 2 turns. This solves one of the main problems of Chaos decks, being they have an extreme lack of defense, especially with non-optimal hands. The second way to use this card is very aggressively in order to force you opponent to use cards or take damage. When this card attacks, if the opponent plays a card (other than Compulsory Evacuation Device) this card can save itself with its effect and burn that card, which is great. The disadvantage though is that the opponent can attack over Angineer next turn if you use its effect to protect itself, because it will be in defense mode, where it can’t use its effect on itself.

In this way it’s a little better than Zenmaines in terms of stalling. While Zenmaines presents a larger issue because of its destruction effect, it is technically possible to OTK through it by attacking enough times or by using enough destruction effects on it in one turn. Angineer on the other hand ensure at least 1 turn when you’re in need of stall.

The only card that can really stop you from stalling 1 turn is Compulsory Evacuation Device, which is limited to one, so the odds are low. Cards like Fiendish Chain or similar effect negating cards can work if played correctly, but if the opponent tries to negate Angineer’s effect during their turn, you can simply chain Angineer’s effect to ensure at least 1 turn of survival.

With the release of the new Rank 3 XYZ in Shadow Specters and Legacy of the Valiant, in combination with Mechquipped Angineer and older Rank 3 XYZ, Rank 3’s will become quite the incredible toolbox. We’ll see if they become a more regular addition to the extra deck once again.

QOTW? Question of the Week?

What are your thoughts on Compulsory Evacuation Device being at 1? Is it fair to have this card at 1, or should it be at 2 or even 3? If it should be at 1, what makes it so good or reasonable to be at 1?