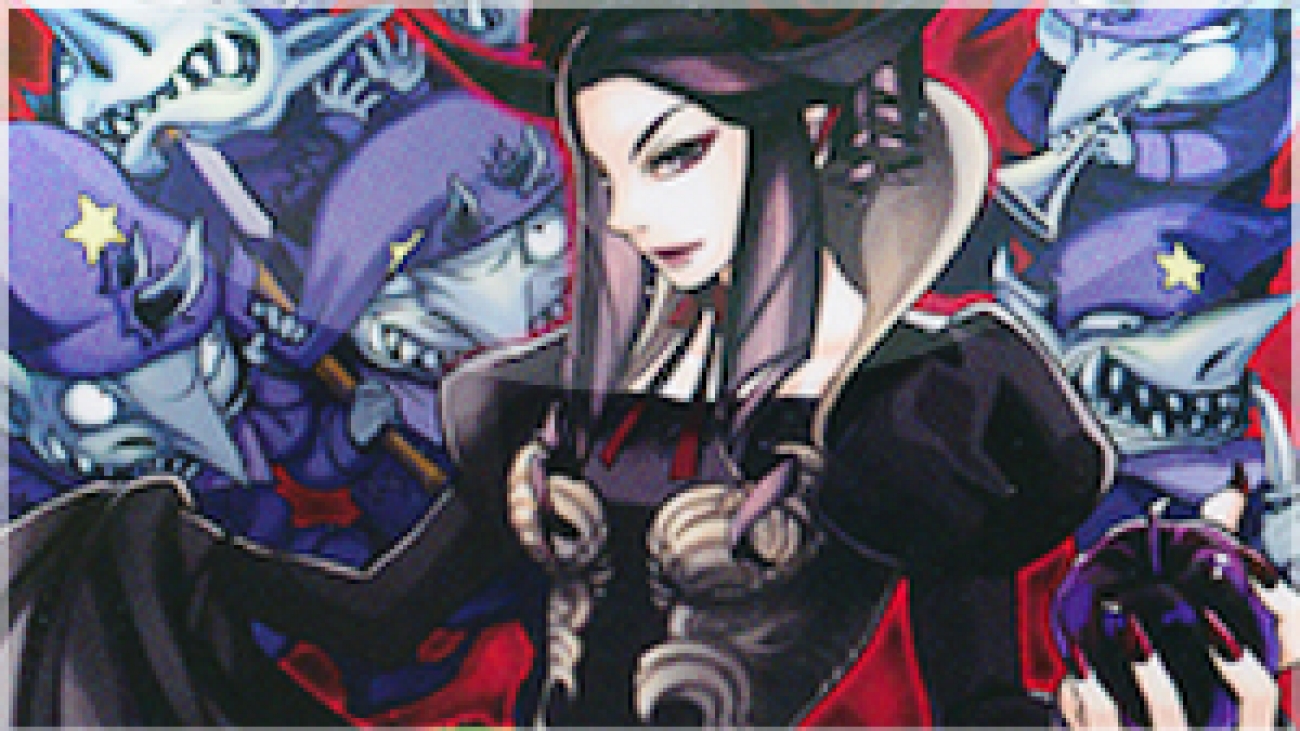 A pretty awesome card that went straight under even my radar from Secrets of Eternity: Mischief of the Gnomes.

I honestly didn’t even know this card existed for the longest time until I actually saw the card. I looked at the art and thought “I’ve never seen that card before, was it really from this pack?” I re-checked the Secrets of Eternity list on the Wikia, and sure enough, hiding at the very top of the TCG exclusive section was the card Mischief of the Gnomes, it’s even a common, though I didn’t see a single copy in my pre-release cards or in any of my friends multiple stacks of commons from the pre-release. Maybe it’s the same case for you, you’ve never even heard of or read this card, but it’s actually quite amazing. Mischief of the Gnomes

First, you’ll clearly notice this cards resemblance to the card Mischief of the Yokai, which also pictures a pretty lady of sorts surrounded by some goons. The card effect is also incredibly similar for both cards and both are also TCG exclusive cards, most likely hence the similarity. The only major difference, and in my opinion an unfortunate difference is that Mischief of the Yokai is Ultra/Ultimate Rare and Gnomes is a common, but an Ultra would have looked really good for this card.

Now, about the actual card effect, it has quite a few applications. The first is allowing the player who uses the card to easily summon monsters that are level 5 or 6 from there hand without tribute. Upon activation you can turn any level 5 monsters in the hand to level 4 and normal summon or set them. If you have a level 6 monster upon first activation it becomes level 5, then you can immediately banish it in the graveyard to reduce your in hand monsters an additional level to make the 6’s drop down to 4.

The next way to use the card is as a disruption tool against the opponent. It essentially works the same way Mischief of the Yokai, but a little different. Any XYZ-centric deck that relies on a single level of monster to make large plays can be easily disrupted with Gnomes. For example, Satellarknight and Burning Abyss are two match-ups this card could be seen as working effectively against, specifically Burning Abyss. Against Burning Abyss for example, you can simply activate it during the opponent’s Standby Phase to make all the Burning Abyss and Tour Guides in the opponent’s hand level 2, making them virtually useless. You can also allow your opponent to first summon 1 Burning Abyss monster and wait for them to activate the effect of one of the Burning Abyss in hand to summon itself, then chain Mischief of the Gnomes making that monster they’re summoning Level 2 and all remaining in hand Burning Abyss level 2, essentially burning the 2 the player invested onto the field. Not to mention this effect can be activate in the graveyard during the opponent’s turn, making it virtually unstoppable for the opponent to deal with.

So what decks an cards is this most viable in? I personally would say Gnomes would provide the most versatility in decks that run a reasonable amount of Level 5 monsters that they want to summon and also isn’t heavily reliant on the levels of their monsters being specific. Specifically level 5 is best, rather than 6 because with level 5 monsters you only need to activate Gnomes once and then you can leave it in the graveyard to disrupt the opponent later, for maximum usage. Here’s some example decks or cards that I thought of that work interestingly with Mischief of the Gnomes, naturally they’re mostly decks that I play because I know them best:

What’s another deck you think Mischief of the Gnomes could be interesting in, because I would love to know. Comment below!