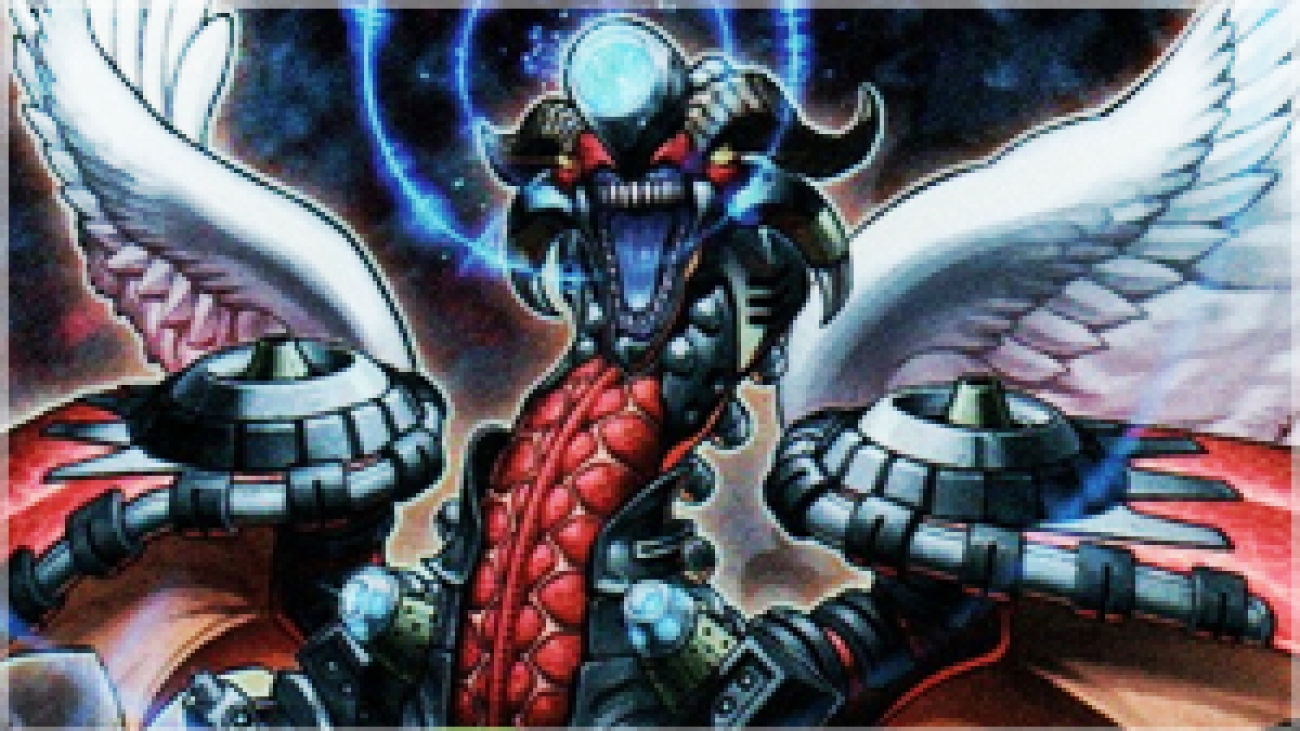 A new card from The Dark Illusion: True King Agnimazud, the Vanisher.

I’ll just start off with the card’s effect: This card isn’t particularly great at the moment, but I just wanted to make note about why this card will become exceptional in the future. This card is literally one dollar right now, even less if your don’t count shipping, which is crazy for a card that I think has so much future potential and clear use in tandem with future releases. The card even has uses now, so I’ll quickly go over a couple uses now and why it will be good in the future.

What to use Agnimazud in now:

Right now Agnimazud is relegated mostly to FIRE-type decks. In particular Fire Kings have a lot of synergy, Agnimazud basically acting as a better version of Fire King Avatar Yaksha because Agnimazud destroys a card immediately and doesn’t have to wait until he’s destroyed. Since the entirety of Fire Kings is FIRE, you also very easily can get Agnimazud banish effect by destroying 2 FIRE monsters. This effect is pretty exceptional because it does not target. You don’t get Agnimazud’s Wyrm recursion effect in Fire Kings, which isn’t a big deal, especially since it’s mostly impossible to get that effect currently.

Another potential deck to us Agnimazud in is Metalfoes; It’s no coincidence the two came out in the same set. Destroying your own Metalfoes is basically negligible because they keep going back to the Extra Deck making this card just an easy way to banish a card in a non-targeting fashion.

There’s also potential to be had using Agnimazud with Kozmos. Agnimazud supplies the same ability that Fire Kings added to Kozmos, which is the destruction of your Kozmo big ships from the hand. The problem though is that it requires you running a handful other FIRE monsters, perhaps a more robust version of Fire King Kozmos, in order to run Agnimazud.

There’s also some mild uses of Agnimazud in Yang Zing. Yang Zing enjoy self destruction, have a FIRE monster and are recoverable through the Wyrm recursion effect. Although I don’t think this combination is all that great, it’s hard to not say the synergy is there. Perhaps in the future this combination will work?

Those are some smaller ideas that I thought where mildly interesting, maybe they’ll go somewhere maybe not.

What I think matters more though is the future potential of this card. What appears to be the trend, since Konami has done so similarly in multiple packs in the past, is that each preceding pack will receive a new member of this Level 9 Wyrm theme. Why I say this is first, because in the next set we are receiving a WATER-type based Wyrm that exceedingly similar to Agnimazud, and the second reason is what I just said earlier, we’ve been receiving a single elemental monster or card in cycles for quite a bit of the last few packs in sets of 4 (typically ignoring LIGHT and DARK). For example, we just went through the cycle of elemental Mirror Force cards, we previously got a cycle of Mega Monarchs, the Elemental Lord monsters, and plenty of other things. With those two things, I don’t think it’s even a stretch to say we’ll be getting both an EARTH and a WIND-type giant Wyrm in the next packs as well.

Why does this matter? Agnimazud has massive synergy with himself, as weird as that sounds. Agnimazud will get his effect if you destroy him in hand with another copy of Agnimazud. If more Wyrm’s are added to the mix, this gives you good monsters to recur with Agnimazud’s effect, and then even better more Wyrm’s that have effects when destroyed in hand, allowing very large combos to summon huge monsters that float. There’s a lot of potential to be had there. In the next set, the WATER-Wyrm banishes spells and traps when summoned off of two WATER monsters, and when he’s destroyed he special summons a non-WATER Wyrm from the deck. With just the two currently known monsters of this type you can make very powerful combos and easily summon Rank 9 XYZ monsters, and that’s with literally just half the support.

If I was to guess, of the future two one would add a Wyrm from deck to hand when destroyed and the other would special summon a Wyrm from your graveyard. If attribute themes remain consistent, the EARTH one will have the graveyard summoning effect and his regular effect will probably deal with face-down cards. The WIND one will probably have the search effect, but I’m not sure what to expect with the regular effect. WIND typically is based on spinning our bouncing, but in this instances since the president is already set on banishing perhaps it will shuffle back/banish a random card in the opponent’s hand?

Of course, I could completely wrong on this call, but my gut tells me this card will end up being really good in about 9 months, which is many formats away, but the raw power is there and all signs point towards support to facilitate that power. So I think I’m going to take stock in this new hidden archetype and begin my testing and planning now, especially since it’s ever so inexpensive.

Just so everyone knows, I won’t be posting an article next week because I will be gone all of next week in Virginia for SmashCon. I’ll be back the following week though!