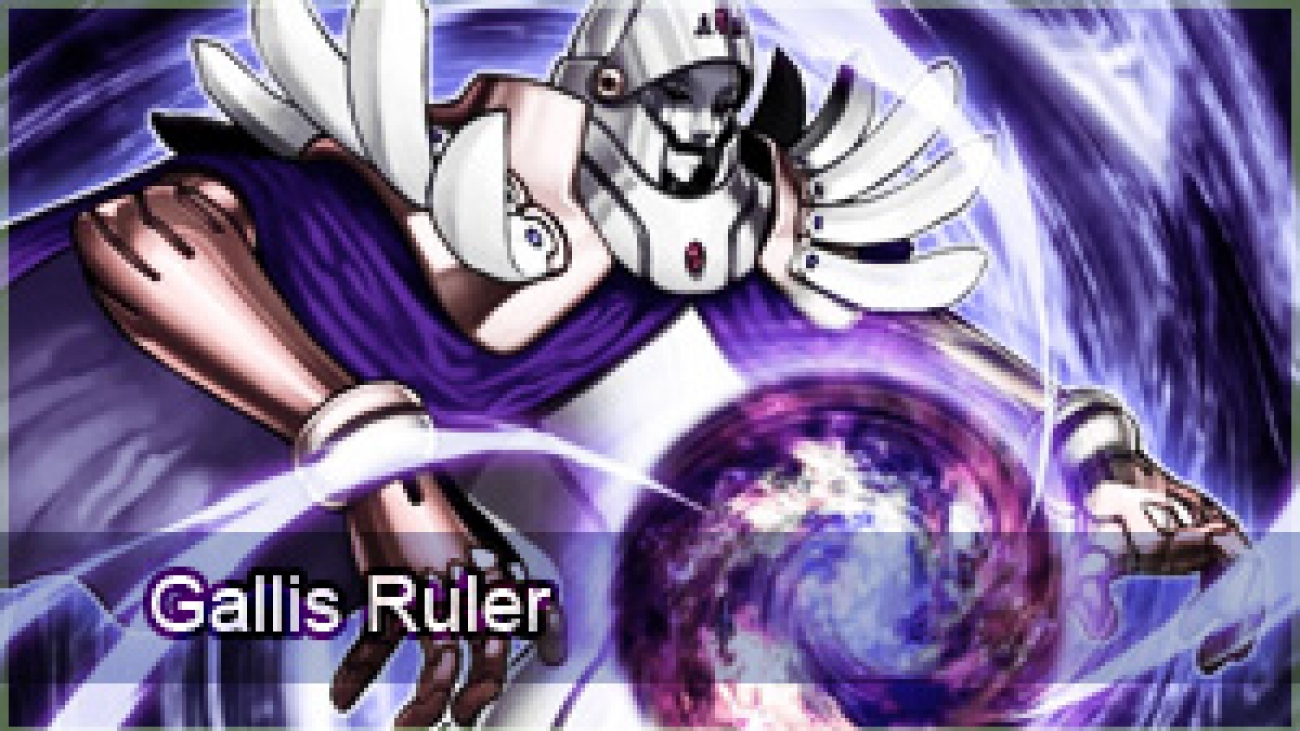 This deck is either really cool or super trolly.

My initial spark for this deck was from some experimentation with the Lightsworn Ruler deck. At one point or another I tried out builds using each Elemental Dragon and a supporting cast of their matching element. In one of the tests I used Redox, Dragon Ruler of Boulders with Gallis the Star Beast. (I swapped out all my Necro Gardnas for Shield Warrior because they’re relatively the same as well as ran some Maxx “C”s) It ended up being the most consistent of all the Lightsworn Ruler builds, but the problem was it wasn’t nearly as offensive and simply due to Redox’s 1600 ATK stat I fell short of OTKs a lot. But alas I kept the idea within the back of my mind as I do all ideas and returned to it pretty quickly as you can see.

The idea behind this deck wasn’t initially a Gallis deck at all though, the basis of the deck was to use the very intriguing interactions with Dimensional Alchemist and the Elemental Dragons to their fullest and what better way I thought than using my old-ish Gallis idea. I’ll start with my preliminary deck list I’ve been running with so far. Bear in mind this deck is in no way in its completed form, it’s still very much in testing:

First off, Gallis OTK. I spoke on Gallis decks before when I made some articles about weird Genex Ally Triforce combos and the like and if I recall I talked about Gallis OTK. I wont assume everyone has read every article I’ve ever written, so I’ll explain it again. The OTK is done with 3 cards: Gallis the Star Beast, Koa’ki Meiru Doom and Genex Ally Birdman. Gallis can special summon itself from your hand and do burn damage. Birdman can return it to your hand to do the burn damage again. Doom negates Birdman’s effect so he doesn’t special summon himself so you can keep returning Gallis to hand. That’s how it works.

The deck uses the Gallis OTK as a basic core, so when you draw into it or have the ability to search it you can perform it and takes some pretty cheap wins. When not doing that the deck kind of aims to make lots of floaters beat the opponent up and use a massive line-up of hand traps as a defense since we can’t run any spells and traps anyways with Gallis in the deck.

Dimensional Alchemist in particular is one of the deck’s strongest monsters. With only monsters in the deck, his effect to Banish from the top of the deck will always hit a monsters, meaning he will always be live to add cards to your hand. As is pretty obvious D.Alchemist has great synergy with Birdman since Birdman Banishes himself. D.Alchemist also works really nicely with all the Elemental Dragons, this deck runs 2: Tempest and Redox. Redox can banish any good EARTH monsters you want to add back to hand with D.Alchemist such as Gallis or even Maxx “C” and Swift Scarecrow. It makes it a similar stalling mechanic to Battle Fader plus D.Alchemist but instead replaced with Scarecrow instead, which you can continuously banish with Redox. Redox can also nicely enough bring back D.Alchemist over and over again, so you can essentially float your way to victory with that strategy alone sometimes. Last bit is that every once in a while you’ll Banish Redox off the top of the deck with D.Alchemist, which triggers Redox’s effect, which is pretty sweet. (Almost enough for me to consider running D.Alchemist in a pure E.Dragon deck)

I also added in Witch of the Black Rose. I’m not normally fond of this card, but it makes a lot more sense in this styled build. Monster Mash decks really lack any form of draw or searching power for the OTK pieces so I tried to add in as much deck thinning and searching as I could. Witch of the Black Rose simply draws a card upon summon, which is nice. Along side that we have Card Trooper for milling Redox and the like as well as drawing, Dimensional Alchemist for thinning with his mill effect, Lyla for milling, and even Gallis himself for milling some more. I figured with all of this combined I could hopefully see a lot more of the deck’s combo pieces more quickly.

Most of this stuff is pretty standard. What’s new is mostly the unique utility of Redox added into the mix. One of the decks more fatal flaws in the past was you could get locked down to a single Normal Summon a turn meaning if the opponent had something like Solemn Warning you’re a sitting duck. With Redox in the deck it’s kinda of like you’re running a few copies of crappy Monster Reborn, which adds a lot more versatile plays as well as easy setup for Gallis OTK. You can now Synchro with Witch of the Black Rose a lot easier using Redox, make XYZ plays and bring back copies of Koa’ki Meiru Doom or Gallis form the grave to start up Gallis OTK. You can also just be reviving him as a big 3000 DEF wall or Synchro with him and Effect Veiler for your Level 8 Synchros and even make some Rank 7 XYZ with relative ease. (it rhymes) In the future you’ll even be able to make the level 11 Synchro Celestial Dragon using Redox and Witch of the Black Rose.

As for the cards I didn’t mention. First we have Tempest, similar to my Lightsworn Ruler deck I have an extra lone E.Dragon adding that extra layer to my mini E.Dragon engine. It allows you to search by banishing Redox as well as discard to search Redox. I chose the WIND one specifically because he can Banish Doom in the graveyard so I can bring it out with Leviair to perform the OTK that way.

Cyber Dragon is something I’ve always liked in general but specifically in Monster Mash. It helps sometimes to just get a monster body on the board for your Birdman plays and Cyber Dragon just Special Summons himself. Also, he’s a great answer to Dracossack and even if you mill the 1 copy he can be revived with Redox or Triforce so you can contact fusion with a Dracossack or any other machine monster.

Tour Guide is pretty neat. She doesn’t really bring any amazing power plays, but she does bring Koa’ki Meiru Doom into play, although his effect will be negated. I usually bring out Doom to summon a Leviathan Dragon and detach Doom and revive him with Redox and OTK from there. Other than that Rank 3 XYZ have general utility and that’s pretty helpful.

Grand Mole because he’s EARTH and is an out the XYZ monsters, specifically Dracossack again. Honestly, I feel he’s just a strong card right now.

Last is Genex Power Planner, when he’s Normal Summoned you can search Birdman from the deck. Pretty self explanatory I feel.

I’ll be messing around with this deck a bit more trying to come up with some new ideas. I particularly love using Dimensional Alchemist again and I’ll probably be experimenting some more with it in the future.