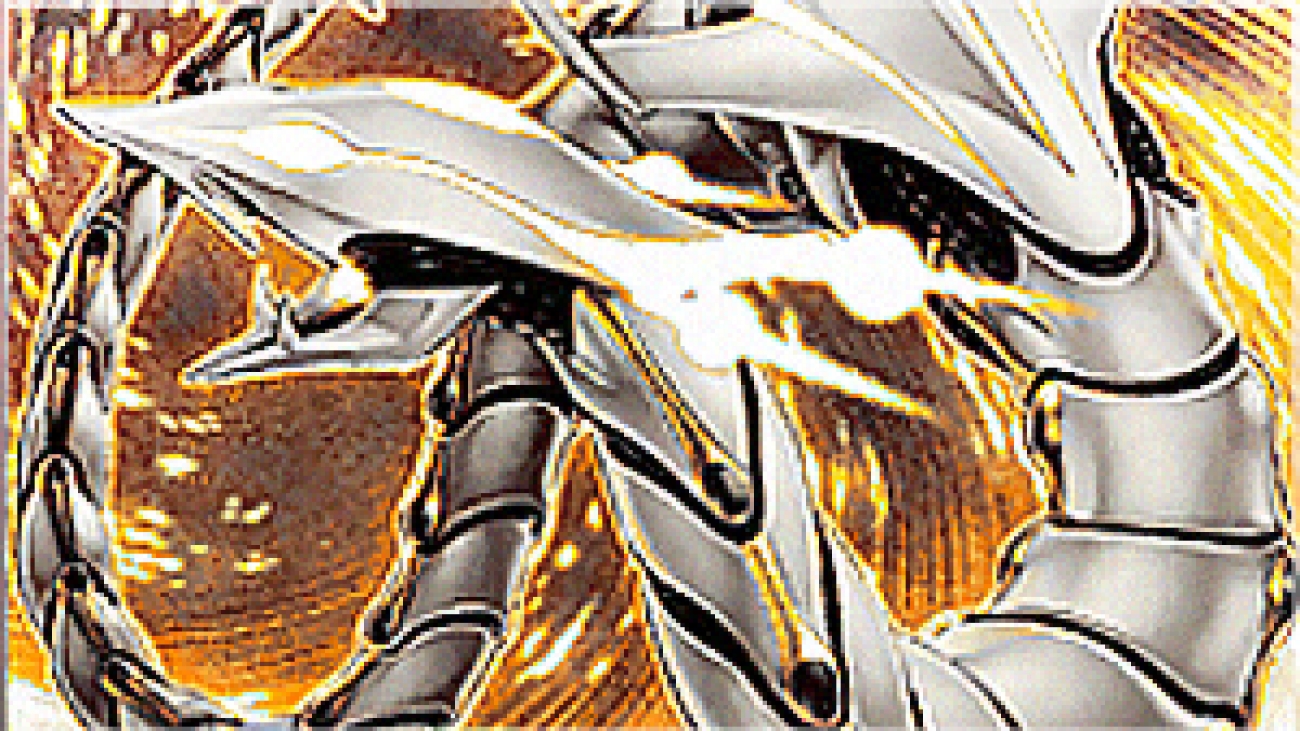 by Kyle
with 3 comments
Archetype

Exactly what the title says.

Building this deck started mostly as an offshoot of making Artifact decks. I was on a spree of testing decks that summoned Level 5 monsters in combination with Artifacts, and during this spree I toyed around with Cyber Dragons. I had used them before, right after the structure deck came out, but hadn’t really understood how to function the deck properly, and after extended testing I started to like the deck a lot.  I eventually dropped the Artifact engine from the deck, although it was strong, because it contradicted the deck’s functionality. After a couple weeks I have this rough build. If you’re looking for a relatively cheap but fun deck for locals I would highly recommend this one. This deck works very strangely, and I think that’s why nobody really uses it like a lot of other popular decks. In general, all the structure decks since Machina Mayhem have been viable competitively if not teir one decks with the exception of this deck and structure deck I wouldn’t really count, like Structure Deck Marik. When you look at the cards presented in the Cyber Dragon Structure deck its very apparent, or at least I felt it was for myself, that these cards certainly are good. The problem is that they’re weird and in-obvious, making them undesirable to the generally unimaginative Yu-Gi-Oh! deck building community who make decks mostly by seeing other peoples decks rather than from the ground up.

Well, I endeavored to create a build that was functionally sound and this is where I’ve ended up. It certainly could be a lot better in my opinion and the future holds a lot of potential for this deck so changes are almost imminent. With that introduction I’ll move onto how the deck works.

This deck is based around the use of the card Cyber Network. Most people don’t really know what it does. When I play online most people take a while to read the card before doing anything right after I activate it. With that in mind I’ll but the card text below right here:

Destroy this card during your 3rd Standby Phase after activation. Once per turn, if “Cyber Dragon” is on the field: You can banish 1 LIGHT Machine-Type monster from your Deck. When this card is sent from the field to the Graveyard: Special Summon as many of your banished LIGHT Machine-Type monsters as possible, and if you do, destroy all Spell and Trap Cards you control. Monsters that were Special Summoned by this effect cannot activate their effects. You cannot conduct your Battle Phase the turn you activate this effect.

This card lets you setup some very powerful boards very easily and with advantageous card ratios. You can do plays with this card that cause you to get 2 XYZ monsters for what could literally be 0 cards. Here’s the most ideal possible scenario: you search this card with Cyber Dragon Core, so it’s free. You banish 3-4 four cards with it then get rid of it with Magic Planter and draw 2. You can then XYZ twice and still have the 2 cards you used, Planter and Network, replaced by the two cards you drew, meaning the 2 XYZ are free.

Of course it doesn’t usually work like that, in most instances of this card I activate it during my opponent’s turn banish a Cyber Dragon from my deck. Then during my turn banish another Cyber Dragon, then play Magic Planter to draw 2. A that point I can make 1 Rank 5 and haven’t really lost advantage, the only caveat is that I can’t enter the battle phase that turn, which is generally remedied by making a Pleiades or a Volcasaurus.

Cyber Network destroys all your Spells and Traps when it’s destroyed, so that prevents you from running any defensive cards like Trap Stun or Wiretap to make your plays under. That makes way for the 3 copies of Forbidden Lance and Effect Veilers. You need a defensive card to make plays with when making Rank 5 XYZ such as Zenmaioh, and Lance is really the only thing their is. Veiler is also a defensive card you don’t have to set and get destroyed by Network.

In my initial phases of testing, I was frequently tempted to use Cyber Dragon Core to search this card and then use it to search another Core because constantly searching makes you feel like you’re winning. This is actually not a good idea. I almost always wait as long as possible to play this card because getting the double effect is actually really important.

Ideal scenario for this deck is you open Cyber Dragon Core, which is not so ironically the core of the deck. Core can search Cyber Repair Plant. The Repair Plant can be used to pair with the Cyber Dragon Core’s graveyard effect to make an XYZ monster, usually by searching Cyber Dragon Drei. It’s important though to be shuffling Cyber Dragon monsters back into the deck so you can keep using Core’s summon from deck effect or the deck will quickly run out of monsters with its notably low monster count. That means you need to quickly get 3 Cyber Dragon monsters into the graveyard to pull the double effect. The easiest way to do this is to resolve a Cyber Network  because at minimum it should be 3 monsters that get summoned: 2 you manually banished with Network and 1 Core by its own effect, making 3 for Cyber Repair Plant once they go to the graveyard.

Here are some basic plays:

Early game you need to put Cyber Dragons into the graveyard so that you can summon Cyber Dragon Nova as fast as possible, you’ll be wanting to dump them with these preliminary plays. These two are practically the same just end with a different XYZ

The nice thing about these plays is that if in the middle they end up failing, you can contact fusion into a Chimeratech Fortress Dragon as a middle man play. Also, if you opened with a DNA Surgery you can use it to contact with your opponent’s monsters, which is just as fantastic as the regular opening plays.

You may have notice there’s 2 copies of Machine Duplication in the Main Deck. These work in tandem with Cyber Dragon Core as well. First, Core has 400 ATK so you can Machine Dupe it. Machine Duplication summons monsters from the deck with the same name; Core’s name is treated as Cyber Dragon while on the field, meaning you can summon 2 regular Cyber Dragons from your deck. This makes a quick turn 1 Pleiades if you open Core and Duplication. Once again, if this play fails, say your opponent Veilers Core making its name no longer Cyber Dragon, you can summon 2 more Core’s from the deck and contact fusion into a 3000 ATK Chimeratech Fortress Dragon.

The first card in the deck list is Cyber Eltanin. Eltanin can be summoned by banishing all LIGHT machine-type monsters you control and in your graveyard. Its attack is 500 times the number banished. When it’s summoned it sends all other monsters on the field to the graveyard, which is amazing. It’s one of the fabled non-targeting non-destroying removal cards in the game. It itself is a LIGHT machine-type monster meaning you can easily search it with Cyber Repair Plant meaning you only need to run 1. It’s also fantastic with Cyber Network because you can use Eltanin to nuke the field and also banish all your machines. Then you can play Magic Planter on a Cyber Network and bring all the banished machines back.

I also run one Lightray Sorcerer. It’s pretty darn easy to get 3 banished LIGHT monsters in this deck and I already explained the necessity of shuffling Cyber Dragons back into the deck, so this card only makes sense for those reasons. I thought of making a more offensive build with less Traps and more Lightray Sorcerers and Cyber Eltanins to put offensive pressure on the opponent. I’m certainly going to try it in the future.

Cardcar D is here because I need to get to Core as fast as possible, and also because the deck doesn’t do very much if the opponent doesn’t summon monsters. When that happens the best thing to do is to summon Cardcar D and get the advantage rolling.

DNA Surgery is really great for this deck. Aside from totally derping random decks like Bujins during game 1, it allows all of your Cyber Dragon monsters to contact fusion using ALL of your opponents monsters into a Chimeratech Fortress Dragon to wipe the board easily and leave you with a 3k plus beater. It also doubles as food for Magic Planter when you have a bad hand.

The ban list is actually only about a month away! Weird right? Any thoughts or predictions concerning the upcoming ban list?