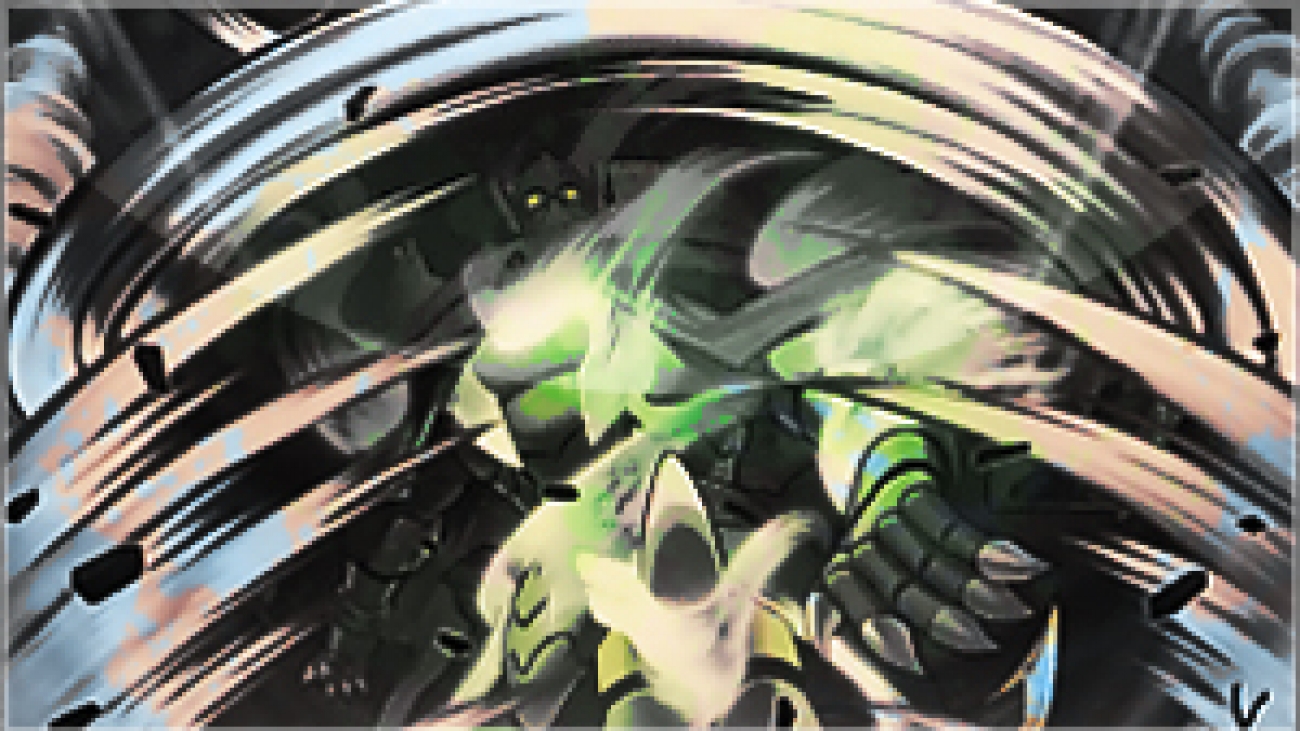 Going into the upcoming format, Shadolls, Tellarknights, etc, I’ve been looking for another deck outside of Lightsworns. This is the deck I’ve really been drawn to, a classic of sorts for myself: Frog Monarchs. I had initially intended to go on excursions with The Monarchs Stormforth as soon as it came out, and this being an obvious starting point, I made my way here immediately. Monarchs then became a pretty evident choice against the upcoming meta, specifically Shaddolls. It doesn’t need to use Extra Deck monsters, so it doesn’t get pooped on by Shaddoll Fusion, and also regularly only takes 1 Special and 1 Normal Summon a turn. Only one deck is really a hassle to play against in my opinion, and that’s Evilswarms.

While Evilswarm Ophion doesn’t really affect the deck, it’s still a hassle, since it’s essentially immune to The Monarchs Stormforth, Enemy Controller and the like. This forces you to remove it with a Monarch, which can be answered by the many effect negating cards they’re likely to be maining (I’d expect at least 6 individual cards in the main). Then, if say a Caius is negated, you have a 2400 beater staring down a 2550 beater, which is unfavorable. That’s just the tip of the iceberg though, since most Evilswarm variants will be maining Dimensional Fissure and Macro Cosmos next format which is a real hassle for Frogs.

All that babble aside, here’s the decklist I’ve been looking at. As you may have noticed in the title, I decided that I ran enough Ghostrick monsters to put them in the deck’s title. Perhaps I have finally found the long lost 3 archetype deck fusion I’ve been looking for that actually works (sorry Gladsworn Blackwings, you just weren’t a good enough). Here’s the build: Since last time, the basic core of the deck has really remained the same: 9 card Frog engine & the 6 good Monarchs. I dropped all the Chaos monsters because I replaced the Kuribandit with Jiangshi; I was tempted to keep Black Luster Soldier, but I felt it was easier to just be running additional copies of cards I wanted more of instead to add consistency. Along with the Kuribandit I dropped Dichotomy. I still really like those cards, so I’ll talk about them later. On the in between of this deck and the last, I was running 2 Light and Darkness Dragon, and it was fantastic, but I replaced it with, what is in my opinion is a superior choice, Raiza the Mega Monarch. The other notable addition is the 8 Ghostrick monsters along with an altered Extra Deck.

There’s little to no talk about this card, but I personally think this card is absurdly overpowered. If this card ever resolves, you practically win the duel, because it practically skips the draw for your opponent’s next 2 turns and gives you massive control over the options the opponent has. I like to think of it as the third Monarch that actually has an effect I want (the first two of course being Raiza and Caius, the others being not worth running except Mobius in the side).

When Mega Raiza is Tribute Summoned, you target a card on the field and in either players graveyard, then you return both targets to the top of the deck in the order of your choice. If you tribute a WIND monster for his summon you can bounce an extra card on the field to the hand. The basic application is to completely cockblock the opponent’s next to turns by bouncing 2 cards they don’t want to draw. This isn’t always simple, it require you to analyze your opponent’s options, and what they will do with their next 2 turns very accurately, but when you do it can seal the game in your favor. This is similar to what normal Raiza does, but is amplified because you are additionally running normal Raiza, meaning you will incredibly frequently be stacking your opponent’s deck, far more than before.

Typically, the only other way to use its effect is to use it’s other effect as a recycling tool for yourself. In the spirit of my minimalist Monarch desires, wishing to run as few Monarchs as possible and recycle the few I get, Mega Raiza can be used to recycle your Monarchs from the graveyard. Mega Raiza’s first effect will spin an opponent’s on field card then spin a Monarch from your graveyard to the top of your deck. This can create a pseudo lockdown by continuously tribute summoning Mega Raiza over a previous Mega Raiza to spin an opponent’s card and the previous Mega Raiza to the top of the deck. You also get Mega Raiza’s additional bounce effect because of tributing a WIND monster, and are also only required to tribute just Mega Raiza since Mega Monarchs can be tribute summoned with 1 tribute using a Tribute Summoned mosnter. Yeesh I said tribute a bunch there.

Mega Raiza’s summoning condition for one tribute makes it much more effective than any other 2 tribute you could be running in the deck. This allows you to one tribute over already summon Monarchs when in bad situations, and also allows you to use 1 of your opponent’s Tribute Summoned monsters using The Monarchs Stormforth. It’s also really silly when you tribute an opponent’s WIND monster using Enemy Controller or the Monarchs Stormforth in order to get Mega Raiza’s additional bounce effect.

Overall, I’ve been incredibly satisfied with Mega Raiza and have been tempted to run a 3rd, but 2 seems to really be the magic number in testing, since clumping 2 tribute monsters makes your hand hurt a lot more when your hand is already poor.

For a time I was only running 3 Ghostrick Jackfrost and 3 Battle Fader, but I realized I never really needed Fader as much anymore and the plays I was able to make with Jackfrost where amazing. People have literally done gaping expression when they realize how awesome the Dullahan loop is for Monarchs.

Here’s the incredibly basic loop. It requires a Treeborn in grave and a Jackfrost or Lantern and a Monarch in hand:

Now, that’s really simple, but it provides amazing defensive power. First, it let’s you negate attacks for almost no cost, since it recycles back the Ghostrick monster. Second, you get a Dullahan, which can literally make plays on its own. Third, it doesn’t disrupt your monarch plays at all. Fourth, it leads into many other strong Ghostrick plays that don’t require you to have Monarchs in hand, meaning you can potentially win duels without drawing Monarchs, which previously was near impossible. Here’s an example play, it’s the same except instead of a Monarch in hand you have a Swap Frog (which is pretty common since you may have sent the Treeborn to grave with it):

You now have a Dullahan and a Socuteboss. Socuteboss can once per turn destroy a monster on the field with less attack than the combined total ATK of all Ghostricks on the field (which is currently 2800 = 1400 + 1400). Dullahan can halve the attack of a monster to make it more vulnerable to Socuteboss’ effect, meaning you can potentially destroy a monster with up to 5600 ATK using Socuteboss’ effect. Then, during the opponent’s turn, your opponent can’t attack Socuteboss while you control Dullahan, and Dullahan can protect himself with his own effect. You can also protect both of them from attacks with Ghostrick Lantern. If the Dullahan was summoned using Lantern, then if they destroy Dullahan to get to Socuteboss, then you can just add back the Lantern to protect the Socuteboss from attacks and make another Dullahan next turn to repeat the process. This also in combination with Maxx “C” and Effect Veiler is some pretty scary control, and that’s without your Monarchs!

The Monarchs Stormforth is a pretty self evident new addition to the deck and allows the deck to play loads more aggressive because it can chip off 2400 damage more frequently and earlier in the game than previous when with Soul Exchange. It also neutralizes just about every lockdown scenario in the game, a free pass out of any situation if you will.

Enemy Controller I consider the other out to situations. It serves just about every possible purpose for the deck. It’s defensive when you need it, it’s massively offensive when stealing monsters and is also an out to most Spells and Traps be dodging them to steal opponent’s monsters. The last is particularly useful against effect negating cards like Fiendish Chain, Effect Veiler, etc.

Soul Charge literally just keeps getting better the more I use it in the deck, because I keep finding more incredible plays involving it. It recycles every card in your deck using Swap Frog. Bouncing back Maxx “C” is a personal favorite of mine, and then following that up with a Rank 2 XYZ and then Downerd is freaking amazing. It also works fantastically with Ghostricks, you can revive Jiangshi’s to gain advantage or combinations of Frogs and Ghostricks for the XYZ plays I mentioned earlier. At the very least, there is now a massive beater in the deck name Mega Raiza who can simply be revived because he’s huge.

This time I’ve added a side deck, and just like about every time I post a side deck, I’m completely unsure if it’s a good one or not; on paper it sounds good though.

Vanity’s Fiend is for lots of decks.

Delg is a third D.D. Crow, except he can be revived with Soul Charge and get his effect. D.D. Crow tends to come in against graveyard heavy decks that aren’t particularly effected by one of the hand traps I run in the main, which it replaces.

Nobleman of Crossout was just an interesting idea I had. Crossout is good in particular for the Shaddoll match-up, because Monarchs tend to force them to play the flip flop game because investing in Fusions isn’t that great an idea. In combination with Ghostrick Jackfrost and the decks normal setting nature you can easily pick off the monsters you really need to without being vulnerable when summoning a Monarch. Crossout would be good against any other deck that has a tendency to set monsters, like Geargia, Hands, X-Sabers, whatever.

3 MST and 3 Twister are for floodgates, because they unfortunately exist in the game of Yu-Gi-Oh! and must be planned for accordingly.

Do you think Yang Zing are good enough to be competitive?