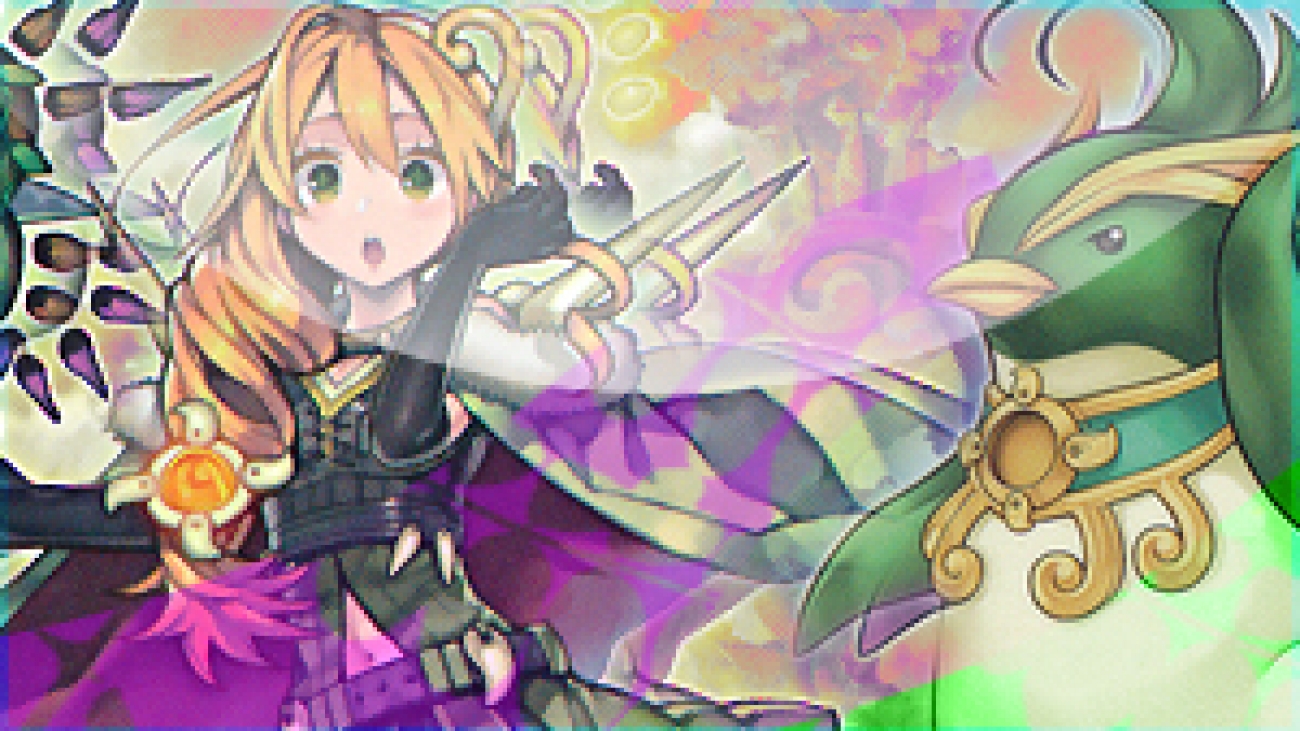 For anyone looking for a cheap, but competitively viable deck for this format, Ritual Beasts are one of the great choices. The market was immediately flooded with cards from The Secret Forces due to demand for Nekroz cards and any people ended up with way more Ritual Beast cards than they wanted, making literally everything in this deck worth about 2 dollars or less. The only cards of value are the older cards, specifically Emergency Teleport and Lightning Chidori, and honestly you could get away with not running either, but in terms of optimization they are the ideal. All in short to say the deck is really inexpensive compared to the meta decks, but with smart play can compete, or at the very least won’t go down without a fighting chance for victory. If you’re looking to build this deck, what I’ve posted here is probably the most basic form of the deck you could make.

What Kind of Deck is it?

In may not be completely obvious when reading through their effects and looking through deck ratios, but Ritual Beasts is actually a control deck. I know when I first read through the deck my motive for play wasn’t exactly clear. I put 3 of every card into a deck and just dueled people online to see what the deck could do, and let me tell you this deck gets convoluted despite how simple the cards are. So convoluted in fact that the deck has already gained a reputation for stalling and going into time due to the elaborate nature of the deck. It’s very akin to Infernities, where you do a large combo ending with you having many trap cards to disrupt the opponent and attacking the opponent with the decks relatively risk free attack options.

How Does it Work?

The deck is comprised of 2 sets of monsters: Ritual Beast Tamers and Spiritual Beasts. The Spiritual Beasts count as “Ritual Beast” monsters for all text referring to them because it technically is in the name Spi-“Ritual Beast”. The Tamers are all the Psychic monsters and the Spiritual Beasts are all animals. You can contact fusion by banishing any 2, 1 Tamer and 1 Spirit Beast, into any of the decks 3 fusion monsters (there will be a fourth in the future). All 3 of the Tamer monsters have an effect that will summon another Ritual Beast monster in some way, so it stands to reason you would use that effect to get a Spirit Beast and this would allow you to fusion summon.

The crux of the deck though is that all the fusion monsters have the same effect (in addition to there unique effect) that allows them to de-fuse themselves into ANY 2 Ritual Beasts, 1 Tamer and 1 Spirit Beast that are banished. This means you can potentially fusion, then de-fuse, then fusion again and de-fuse again, so on and so forth. What holds them back from infinite summoning is that every Ritual Beast monster has a effect stating that only 1 of that monster may be special summoned per turn. So then, this coaxes the deck to get as many differently named Ritual Beast monsters banished as possible so that you have a wider range of plays by using the different monsters you have banished.

If you look up any Ritual Beast deck profile you’re going to see them tell you this same play. This is the most basic and ideal opening the deck has. You want to open with 1 Ritual Beast Tamer Elder and 1 Spiritual Beast Cannahawk. Elder gives you an additional normal summon when he’s normal summoned, making him the ideal Tamer because he doesn’t burn your 1 special summon of each Ritual Beast allowing for more in depth combos. Cannahawk can essentially Gold Sarcophagus any Ritual Beast card from the deck once per turn while it’s on the field, but if you remove him from the field then re-summon him in one turn you can use his effect multiple times (this is the same for all the Spirit Beasts and even the fusion monsters).

What’s very powerful about this combo is that in can diverge at multiple points dependent on the game state and it sets up you next turn for what could be considered for all extensive purposes, an infinite number of possibilities. On the surface the play is only a plus 1, but it sets up for extremely easy plusses in the future in the form of simplification of your opponent’s game state through steeds, additional monster from Ambush and 2 to 3 more searches use Ulti-Cannahawk on your next turn. Not to mention you also have other cards in hand that may be relevant.

This card is rather weird. It’s not completely necessary to the deck because it only provides a little bit of extra consistency. The basic function of the card is to kick-start your ability to fusion summon because you can normal summon a Spirit Beast then Emergency Teleport into any Tamer and contact fusion from there. This is really helpful early game because it cleans up your hands to get you into the Extra Deck more quickly, which is where you want to be with this deck. Late game the card is pretty much useless and amounts to a quick battle trap by summoning Lara with her 2000 DEF from the deck to prevent OTKs. It’s feasible that this card could be dropped to 2 since you really never want more than 1 copy.

The cards are fairly self explanatory and yet also a little unique. In particular, this deck doesn’t appreciate the Djinn lock from the Nekroz deck, and these are outs for one. Two, the deck has no functional ways to remove monsters with attack greater than 2600 from the field with there fusions, so they must rely on spells and traps to remove them. Dark Hole and Raigeki are ideal for this. Three, the deck similarly to the Djinn lock doesn’t appreciate Vanity’s Emptiness. Dark Hole and Raigeki allow the deck to potentially send and opponent’s card to the graveyard to turn off Emptiness. Four, the deck can always contact fusion into Ulti-Pettlephin who cannot be destroyed by card effects and then activate Dark Hole, meaning it protected your monsters but still destroyed the opponents.

Both of these cards are very sub par. Snatch Steal is probably the first card I would take out of this deck if I was looking for space. The card is very powerful, but in such a combo based deck, it literally has no synergy because the deck has no combos that do anything with the card. It is an out to large monsters, which I already stated is a problem, which is nice. Book of Moon is a Djinn lock out and also works similar to how it does in the ancient deck Gladiator Beasts. You can Book of Moon your own monsters to protect them and still contact fusion using them, you just have to reveal them before you contact fusion to confirm they are the correct fusion material (that is unless Konami has changed this ruling since then).

I feel like these 4 cards all bundle into one package because they work as a small engine. The basic premise of the engine is getting access to Tempest, Dragon Ruler of Storms. Tempest facilitates Ulti-Cannahawk’s effect, which returns 2 WIND monsters to the graveyard. This allows you to pressure the opponent for more damage with Tempest and also search more frequently with Ulti-Cannahawk. It’s debatably win-more, but I still personally think Tempest is worth running.

Gold Sarcophagus can be used to search Tempest, giving you a free Debris Dragon. It can also be used to setup an easy Wen play giving you the banished Spirit Beast you need.

Foolish Burial is similar in that in can pitch Tempest from the deck or it can setup a play with Lara.

This card only has one function and that’s to OTK the opponent. Other than that it’s pretty unhelpful. Because the deck can search for any Ritual Beast card at will you only really need to run 1 copy of this card and you’ll search it for when you want to do a lot of damage. Summon Ulti-Cannahawk and search Bond. Attack with Ulti-Cannahawk then de-fuse. Use Bond to re-fuse into Ulti-Apelio and attack again. It’s basically a quick extra 2600 damage.

Notably, this card doesn’t require you to use a Tamer and a Spirit Beast, so that means you can use this card to bypass those requirements in a tough spot and fuse 2 Tamers or 2 Spirit Beasts to get your deck rolling.

So in short, what’s the plan when running this deck? The basic goal is to summon Ulti-Cannahawk a lot and keep search Ritual Beast Steeds. Load up on Steeds and Ambush and slowly keep attacking and destroying the opponent’s cards. You get free damage by attacking with Ulti-Apelio and then control during the opponent’s turn using Steeds and Ulti-Pettlephin. One of the most surprisingly powerful cards for the deck is Apelio, who can boost all your monsters attack for the turn, putting himself at 2300 ATK with 1 activation and 2800 after 2! This can allow for very quick damage and potentially early game wins when the opponent doesn’t expect it.

Do you have any questions about Ritual Beast or the deck? Feel free to ask or respond in any way.