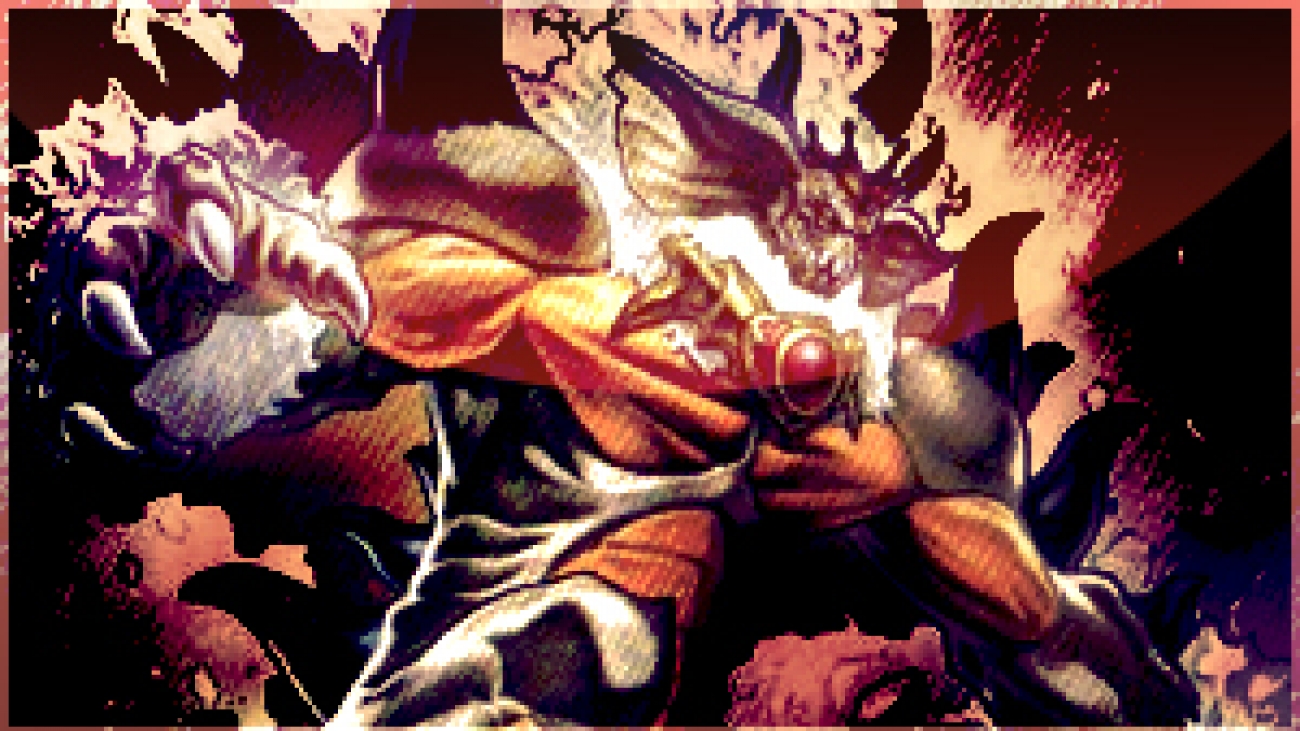 by Kyle
with 4 comments
Engines

For lack of a better name for the deck’s title, I called it “Shaddoll Reptiles”, but it’s barely Shaddolls because the deck only has 5 Shaddoll cards tota. A better name would be “Something Original”.

Basically, an offshoot of the engine I designed for my old Archfiend deck is what inspired this one. It uses the simple Reptile monster engine that has Kagetokage, Masked Chameleon and Photon Thrasher combined with a new Armageddon Knight engine using Shaddoll Dragon, rather than Archfiend Cavalry, as a sending target as well as a Chameleon target. The Shaddoll Dragons take up far less space than the Archfiend engine and provide the sought after Spell and Trap removal the Archfiend deck lacked. Here’s the deck list: The short answer for what this deck is, is that it’s a Rank 4 spam deck. You can basically summon a Rank 4 every turn if you feel like it. You use that to defeat you opponent, not all that different than say Satellarknights in that regard.

The standard opening for the deck hasn’t changed since the Archfiend build; you want to open with a combination of Armageddon Knight and either Thrasher or Kagetokage. This is really helped no with the semi-limiting of Reinforcement of the Army, letting you grab Armageddon Knight or the lone Thrasher more often. Here’s the basic play:

The play starts with you have 2 cards and ends with you have 2 better cards, setup for future power plays, and the opponent down 1 card, a huge improvement over the Archfiend build already.

Similar to my Archfiend build, the end state is similar, generally revolving around summoning a Master Key Beetle or Stardust Spark Dragon with Safe Zone or Vanity’s Emptiness to create a soft lock on the opponent. You can also do similar soft locks using Cairngorgon the Antiluminescent Knight, since he can redirect Mystical Space Typhoons to the opponent’s cards or your dead Call of the Haunteds/Fiendish Chains.

I run a couple singular cards in the deck that I think deserve some explanation, the first is Shaddoll Hedgehog and Shaddoll Fusion. Hedgehog searches the deck for a Shaddoll monster when sent and search a Shaddoll Spell and Trap when flipped. The original intention of Hedgehog is for the monster search effect. With this effect you can use Armageddon Knight like a Pseudo Stratos to search Dragon. This is good for Rank 4 plays using Call of the Haunted: Call Knight/ Send Hedgehog/ Get Dragon/ Normal Dragon/ Make Rank 4.

On the off chance I draw Hedgehog, I decided to run 1 Shaddoll Fusion and 1 of each fusion we currently have. It’s pretty dang easy to activate Shaddoll Fusion in this deck, even with only 4 Shaddoll monsters because you run a bunch of revival cards like Soul Charge, Call of the Haunted and Masked Chameleon. Also, considering you can use fusion material from the deck when the opponent controls an Extra Deck monster, you can easily put the opponent in situations where they need Extra Deck monsters to beat you, especially since they probably won’t expect you to use Shaddoll Fusion in your deck to begin with, causing that requirement to be met.

Next is Soul Charge, which I generally think always needs explanation just so people know what plays you’re trying to make with it. Typically you want to be reviving, at the bare minimum, an Armageddon Knight with Soul Charge. You’ll get to activate his effect to send a Dragon to the graveyard yo clear the way for your plays. The most “wombo-y” play you can make is to revive 4 monsters and make the Master Key Beetle lock with a Scrap Dragon. The Scrap Dragon can target the card you control that the Key Beetle is protecting to destroy opponent’s cards without you losing any, allowing you to effectively destroy one card the opponent controls each turn. The same can be done with Spark Dragon plus Scrap Dragon as well. These plays further seal the game in your favor if you have either Safe Zone or Vanity’s Emptiness to complete the lock down with Key Beetle or Spark Dragon.

Recently I have been using and theorizing about Shaddoll Dragon in a lot of other non-Shaddoll decks. This is because it is simply put, an extremely powerful stand alone card. In the future anti-meta decks may want to think about running this guy in their decks.

There’s 3 fantastic things that I think make Dragon such a useful card outside Shaddolls. One, it has 1900 ATK, so it fits in with stun very well. Two, it’s a floater, if the opponent tries to destroy it, you get to trade for an opponent’s spell and trap. This is pretty funn with Safe Zone because you can equip Dragon with Safe Zone and the only realistic way the opponent can get it off the field is by activating Dragon’s effect to destroy a Spell or Trap card. Third, Dragon has a really good flip effect. It can bounce any card on the field to the hand, this provides general removal for just about any Extra Deck monster in a nearly un-negatable way; the flip effect. It’s a very simple one card answer to many decks greatest assets, being their Extra Deck boss monsters. Not only that, but if the opponent tries to destroy it while face-down to prevent it from bouncing their boss monster then they get one of their Spells and Traps destroyed instead, win win.

There’s also a couple other cool tidbits you can use Shaddoll Dragon for. First, it turns blind MST away. If the opponent blind MSTs a Call of the Haunted, you can revive Dragon to have it pop an opponent’s Spell and Trap, in the end being the same as if they had MST’d you face-down MST. You can also end phase Armageddon Knight to make a pseudo MST much like Traptrix Myrmeleo. If you XYZ with a Dragon into a Silent Honor ARK, when Silent Honor ARK detaches to prevent destruction, if you detach Dragon, it will activate Dragon’s effect, which is pretty nifty.

In the future I’d like to use the card Shaddoll Hound in the deck as well (it comes out in the next set). Hound changes a monster’s battle position when sent and recurs a Shaddoll monster when flipped. It’s also Level 4 and has 1600 ATK, which is alright for ATK, but being level 4 is helpful for XYZ summoning. Using Hound you can turn Call of the Haunted summoning Armageddon Knight into an attack stopper by switching the opponent’s monster’s battle position. You can also on your turn set Shaddoll Dragon, then call Armageddon Knight sending hound to flip Dragon bouncing a card and then making a Rank 4 XYZ. Hound would also potentially allow the addition of Sinister Shadow Games, which I’d probably run over MST and maybe some other cards that may get hit on the next ban list (we’ll see about that though).

If you could ban one card from a deck, and then create a new fair replacement card for it what would you make?