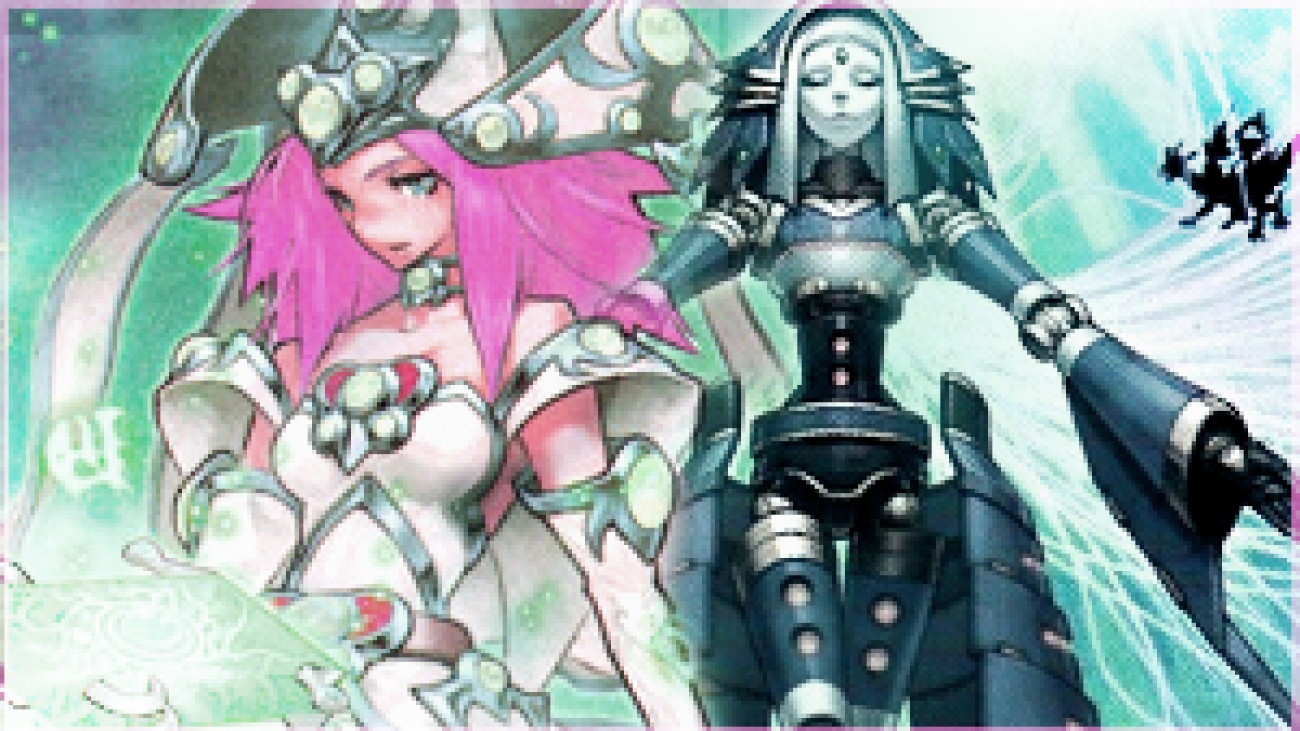 So first off, this deck isn’t all that super competitive. I wouldn’t expect to go up against a nine round regional of Shaddolls, Burning Abyss and Satellarknights and come out topping, but this deck is certainly a good deck. The idea is simple, Spellbooks really lack a power or monster presence the move their deck forward. Shaddolls provide a monster base that’s versatile and powerful and also provides a large amount of synergy to the deck. Together they make an interesting brew to say the least.

By no means do I have this deck down. There’s a lot of different potential cards to be running in both sides of the deck, and it’s very hard to choose what needs to be used as far as space goes. Do I run a bunch of Shaddoll cards and try to minimize my Spellbook cards? Is Justice of Prophecy worth running? Is Spellbook Magician of Prophecy even worth running either? I ran into a lot of tough decisions when using this deck with the countless options I’m provided in deck building, but I can say for sure that the deck definitely works. I’ll provide my first initial build I’ve been using, then talk about the many things I’ve been wanting to do or change. So what exactly does this deck do? After quite a bit of playing around with lots of random stuff, what I like most was to very aggressively push High Priestess of Prophecy onto the field. You can search High Priestess with Justice of Prophecy or dump her to the graveyard off Shaddoll Fusion when the opponent has an Extra Deck monster on the field, at which point you use Spellbook of Life. In the neutral game you use Shaddoll plays backed with Spellbook of Wisdom on Fate to control the board. You can use Fate to make some weird flip flopping with it’s 2 banish effect.

Shaddoll monsters, other than Construct unfortunately, are all Spellcasters. This means that you can use them as your main fighting force rather than Spellbook Magician of Prophecy to maintain a Spellcaster on board for cards like Master and Fate. This makes El Shaddoll Winda even stronger because it can be backed by Wisdom to prevent standard threats like Phoenix Wing Wind Blast and the like, forcing battle destruction. This isn’t the end for Winda though because you can now easily revive her with Spellbook of Life. Winda also works very well in tandem with Spellbook of Fate. Fate allows you to protect Winda to impede the opponent, but also allows you to flip her face-down to make your own aggressive plays, not to mention incredible power plays like flipping you Falco back face-down.

Another interesting Synergy is Justice of Prophecy. Through her End Phase effect, you can search either High Priestess or Shaddoll Beast, and it’s always good to have Shaddoll Beasts in hand for the mirror match. High Priestess is also pretty great for the mirror as well, since she’s not summoned from the Extra Deck, is bigger than Winda, and doesn’t go negative in the face of Vanity’s Emptiness, though Emptiness is still an issue.

Spellbook of Life is a new power card for the combination deck. Shaddolls tend to dump a bunch of monster into the graveyard making level manipulation rather easy with Spellbook of Life. You can revive fairly effortlessly to match the level of an on field monster for a Synchro or XYZ of choice. This allows you to more easily make the 2 Prophecy XYZ monsters, which are both surprisingly strong. You can also do pretty versatile Synchros using level manipulated Falcos.

A funny combo is to revive a High Priestess or Shaddoll Beast as a level 9 and then summon Shaddoll Core allowing you to make a Rank 9 XYZ, Enterblathnir! It’s probably not that great of a play, but this deck is mostly for fun that’s why I added it. This also is pretty cool if you where to run World of Prophecy, since World is level 9.

What I Could or Could Not Be Running:

Here’s the main meat and potatoes. There are a lot of things I could or could no run for this deck, most of which I’m not sure about. I’ll talk about each individually.

It’s both good and bad. It really eats up normal summons, but it tudors practically the whole Spellbook deck. This is one of the few things I’ve tested out and I’m torn. You can’t really do any Shaddoll plays outside drawing Shaddoll Fusion when you’re summoning Spellbook Magician which is the main problem causing a large portion of the deck to be dead until further notice, but it gives a great rise in consistency. Maybe running 1 or 2 copies is the answer, or waiting for a WATER Shaddoll Fusion, or additional Fusion summoning cards like El Shaddoll Fusion.

This card is fantastic. It makes the Shaddoll half infinitely more consistent and it’s also a Spellcaster, fueling everything. The issue for this, along with most other options, is space. Both Shaddolls and Spellbooks take up a lot of space. I definitely want to find space for this card because it’s amazing, but I need to test more to find out what isn’t as necessary.

You can also run a copy of Stoic of Prophecy, which would search Justice when sent to the graveyard by Mathematician. I could potentially run a lower amount of Justice to run Mathematician and a single Stoic. The problem with Stoic though is that drawing it is booty. The only options is to discard it with Shaddoll Beast, if the opponent allows it to resolve. A Shaddoll WATER Fusion would be nice there too.

The World and Temperance:

With the additional discard outlets of Shaddoll Fusion and Shaddoll Beast, running World of Prophecy doesn’t seem all that bad anymore. It slightly contradicts Shaddoll Fusion because it’s Spellbook recursion effect says “You cannot Special Summon other monsters the turn you activate this effect.” which kind of sucks. Ideally I’d play Shaddoll Fusion, make construct pitching World then revive that same World using Spellbook of Life and get back 2 Spellbooks, but that doesn’t work because of that clause.

Inherently, you would want to run Temperance with World. Temperance, like Justice, can be used with Shaddoll Beast, but like World, Temperance has a really awful clause attached to its effect.

I also wanted to run Spellbook Star Hall. It’s a decent card, but it has a nice search effect that you can abuse with High Priestess, typically you also run Effect Veiler with it as well. I like the idea of boosting the stats of monsters like Winda and searching out specific Shaddolls by popping it with my own High Priestess.

I also wanted to try running additional Spellbook of Life because it’s so strong in this build but, once again, it’s hard to find space.

This would be for a build that ran Spellbook Magician of Prophecy. Probably one of my favorite pure Prophecy builds is the Priestess build using Book of Eclipse. You always want to open with Spellbook Magician, and then during the opponent’s turn if they attack, you use Book of Eclipse to both stop the opponent’s board and flip Magician back face-down to search again with its effect later. Of course there’s the downside of giving the opponent draws, but it has overwhelming power. I think combining that with the Shaddoll flip effects sound like even more fun and even more devastation!

I also want to try the idea of the most limited Spellbook engine possible. Essentially I would cut the deck of Wisdom and Master because they tend to cause bad hands the most.  In order to not brick by getting combinations like Shaddolls plus Wisdom/Master or what have you, I would cut those and maximize the cards that work in combination like Power and Life and recycle them using the Tower and Priestess/Fate plus Eternity.

What are your thoughts of Konami’s Top 32 cut to draft at large events? Many people say it is more skillful than the more standard advanced format. What do you think?