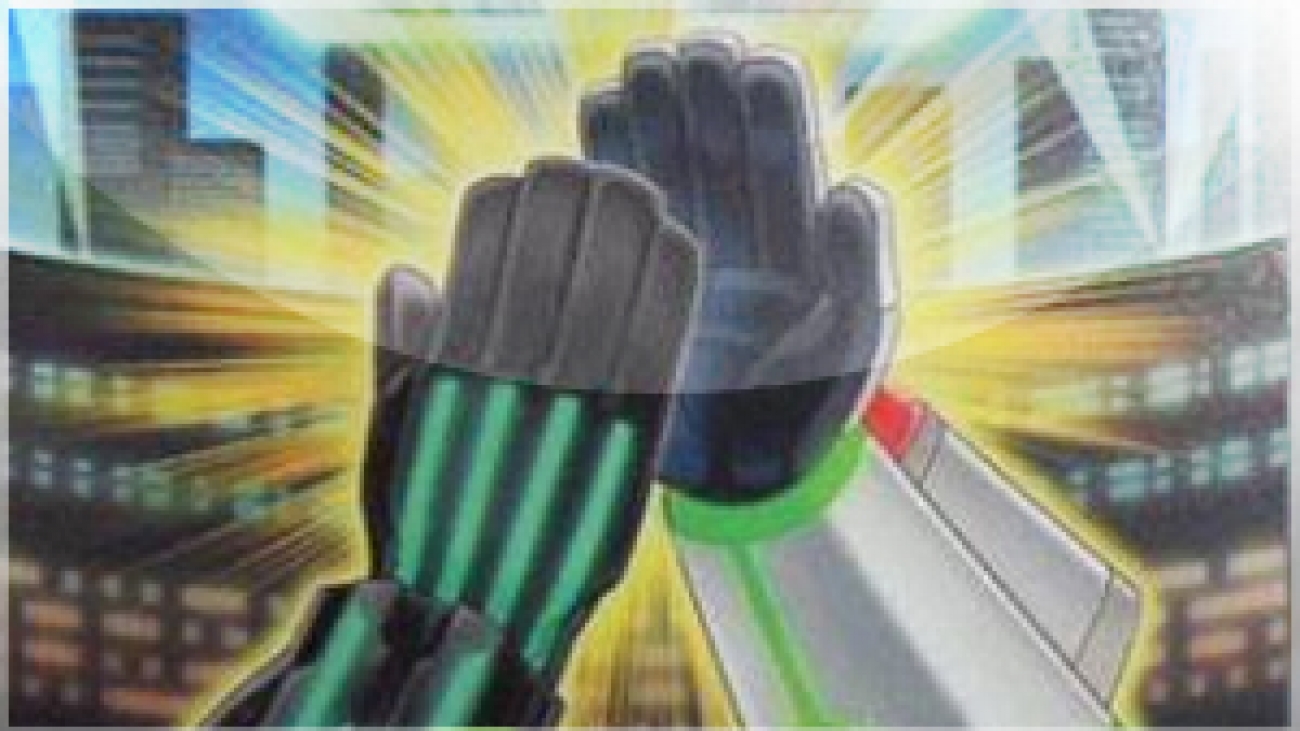 Taking into account the new support, here’s an Ultra Athlete deck utilizing the new cards from Secrets of Eternity. We’ve got some new support for U.A.s, so why not use it right? I’ve been testing ways to use the new cards and this is by far the funnest build I’ve come up with. The deck is super offensive and also quite consistent. Still, the new support wasn’t able to push the deck up into tiers unknown, but it also isn’t a slouch against the meta.

The main new functionality of the deck is the addition of Reasoning. Reasoning is extremely helpful because it helps with one of the greatest weaknesses the deck originally had, which was a massive amount of normal summon syndrome, where you basically have to normal summon every turn, and it that summon ever fails, your turn is over. Reasoning gives you a second wave of summoning on a turn you have it and also more easily sets you up to having 2 U.A. monsters on the board, which is when the deck tries to take control of the duel. With 2 U.A. on the field there are countless combos for aggression to do massive amounts of lifepoint damage as well as devastating defensive combos, not to mention Turnover Tactics being the ultimate card in terms of back-up plans when you get to 2 U.A.s on the board.

As Reasoning is the new engine of sorts, it was only natural that level diversity was altered to facilitate it. Noticeably, I decided to run 2 of every U.A. except for Midfielder because he’s the most important in most cases and Goalkeeper, because he’s still very situational and only necessary at 1. There are 4 Level 5 monsters it the most prominent level, but at the same time they don’t dwarf any other levels by much, making it very unlikely the opponent can call the right Level. Additionally, the deck also doesn’t really care which U.A. gets summoned with a Reasoning because every U.A. easily swaps out for another from the hand or can just be used as tribute fodder to normal summon while Stadium is on the field to search.

One card that really surprised me when testing was the card U.A. Playmaker. Initially I had expected this card to be quite terrible, but it actually is very powerful despite what upon first read is a very boring and not that great effect. One of the best qualities of Playmaker is that he’s pretty much an on command 3100 beatstick, which is pretty crazy. Previously, if the opponent laid out some huge beater U.A. decks either had to draw into randomly or already have the equip spell and put it on a Slugger to get over that monster. For example, I’d play some kid running a Blue-Eyes White Dragon deck on DevPro and he’d summon Blue-Eyes against my U.A. deck and then I would simply lose because it was too big. Now, once you have the standard setup of Midfielder plus Stadium you can just summon Midfielder and use Stadium to get Playmaker and swap for a 3100 ATK monster. This is really good against Qliphorts, because previously a tribute summoned Shell or Disc was a huge hassle to remove from the field, but now it’s really easy. The second reason Playmaker is really good is because he makes you Midfielder huge, allowing you to leave it on the board which gives you a massive amount of control during the opponent’s turn. Here’s an example,  you already have the setup like normal (Midfielder and Stadium). Let’s say on the first turn you make a more defensive play and immediately get a Perfect Ace and summon it defense to disrupt the opponent’s turn and they aren’t able to get rid of it immediately, not that uncommon. You go, summon Midfielder again and search Playmaker and summon Playmaker by swapping Ace. This boosts Midfielder to 1700. Now you can attack with Paymaker for 3100, the attack with Midfielder but have Playmaker boost him by 800, putting him at 2500 in one turn. Then if you go to the opponent’s turn and use Midfielder at all he’ll boost to 3000. If the opponent doesn’t immediately answer this you can keep boosting Midfielder 1800 every 2 turns, which is pretty out of hand.

Next I’ll talk about Blockbacker. Blockbacker is interesting for a couple reasons. One, he’s got a really huge butt and also a viable effect; this is helpful because this allows you to run less copies of Perfect Ace and relieve the stress of discarding a bunch of cards with Ace’s effect. Second, it is the monster you always want to summon when you resolve Turnover Tactics. Turnover Tactics will allow the opponent to summon monsters from the deck, and if they don’t know what they’re doing they’ll summon monster that effects they want to resolve (which is logical if you don’t know what Blockbacker does), but because you’ll almost always want to summon a Blockbacker with Turnover Tactics you can negate the effects of any monsters they may summon. Third, Blockbacker’s effect can be activated during your turn to negate any monster effects, such as Artifacts, just about anything summoned by Call of the Haunted/Oasis of Dragon Souls, and even Gorz and Tragoedia.

The only other card in the deck that is probably in question is Mischief of the Gnomes. I already gave it a brief little word on my previous article, but I shall repeat myself. Gnomes does two things; the first is it can allow you to normal summon both Mighty Slugger and Perfect Ace from your hand with no tribute as a great work around to having no copy of Midfielder in hand and a good way to set off Stadium. It also doubles as a nice control card in the ways I mentioned in the article specifically about it. The last, and I suppose third thing is that it’s probably the easiest card to discard with Perfect Ace for his effect because it can be activated in the graveyard for yourself or to stop the opponent and can even be activate the turn it’s discard by Ace.

I basically had two ideas for alternate things I could do with the deck. The first is to add Malefic Stardust Dragons. There’s a couple benefits to this, but a major downside the make me really dislike it. The first benefit is obvious, he protects Stadium from the really obvious MST that the opponent really doesn’t have any other targets for. Typically, an opponent who knows how U.A. works at least a little bit will wait for you to normal summon while you have Stadium and then use MST when you try to search, meaning they wont usually MST Stadium upon its activation. Because of this you can get away with playing Stadium and then special summoning a Malefic Stardust Dragon immediately to protect stadium so you can search with no fear of MSTs. The second benefit is that Malefic Stardust Dragon is a really easy way to provide tribute fodder for the level 5 and 6 U.A. monsters to search under Stadium when in a pinch. Malefic Stardust Dragon also has the benefit of being skipped by Reasoning, meaning it doesn’t clash with that engine as well. Lastly, it’s level 8, meaning you could make a quite easy Rank 8 XYZ using it and Playmaker. The addition also could potentially allow Trade-in, (and on top of that Soul Charger of course to revive you Playmakers) but that’s probably more inconsistent. The huge downside though is that you wont be allowed to attack with any monsters except for the Malefic Stardust Dragon. This could mostly be fine because Stardust will be getting boosts from Stadium over time, but it really sucks since one of the greatest assets U.A.s have is there fast damage pushing.

The other really weird idea I had was combining U.A. with Infernoids! Maybe that sounds unreasonable, but I’ll try to build a case for it. First, both decks thrive off of Reasoning. Reasoning will skip over the Infernoids to the really low amount of other monsters, the U.A.s, that you are running, beneficial to both engines. Infernoids are easily discardable for Perfect Ace, specifically the Level 5+ Infernoids, since they can be summoned from the graveyard. The Infernoid monsters also provide the near perfect tribute fodder monsters for the U.A. portion of the deck. Both decks also can support Trade-in as well. I’ll just let you think about it.

What do you think about the new HERO structure deck? Do you think that the new support give HEROs what they need to be competitive?