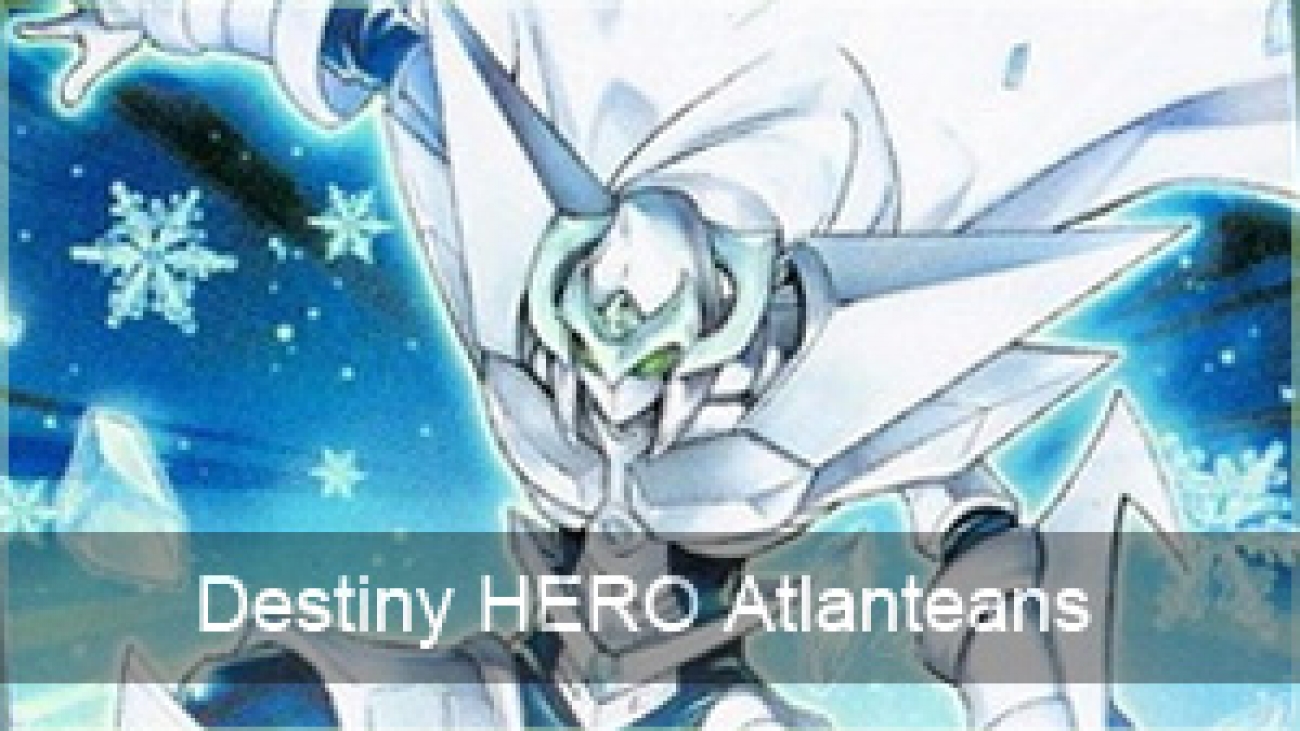 In the same fashion as last week I’ve got a random deck idea that may or may not work, but I’ll lay down some theori-oh for it.

The ideas pretty straight forward; drawn from the olden days of Deep Sea Diva plus Destiny HERO Malicious. It was a simple and easy way to make Level 8 Synchros, potentially 2 if we’re back before Malicious was Semi-Limited. You get a Malicious into the graveyard with Destiny Draw or other means and then summon a Diva and Synchro with’em. Then, after the fact you now have made Miracle Fusion live for the summoning of Elemental HERO Absolute Zero, a fusion of any WATER monster and any HERO monster. In this situation it was Diva and Malicious making the fusion material in the graveyard for Miracle Fusion. Fast forward a multitude of years and we’ve got Atlanteans boosting the effectiveness of Deep Sea Diva to its pinnacle. With all this in mind I crafted a few new ideas to work with this deck.

So, what do we know we want in the deck: Deep Sea Diva, Destiny HERO Malicious, Miracle Fusion, Atlantean Dragoons, Atlantean Marksman and Atlantean Heavy Infantry. With that we’ll also need some way to activate the Atlantean’s, bringing us most likely either Mermails or the Tidal, Dragon Ruler of Waterfalls engine. For now I’ll opt out of Mermails since they potentially take up a lot of space and eventually will commandeer the deck for their own purposes rather than the idea at hand. Next, we also want some more HERO monsters to make sure Miracle Fusion isn’t dead. Elemental HERO Stratos, Destiny HERO Dasher, Destiny HERO Plasma and Elemental HERO Ice Edge where all the HEROs I thought of that had potential synergy here. Then we’ve got support for that support such as E-Emergency Call, Reinforcement of the Army, Destiny Draw, Summoner Monk and Allure of Darkness. We’ve got a lot of potential cards to be working with, and some more.

The biggest idea for this deck comes with addition of Tidal. Tidal’s effect sends a monster from the deck to the graveyard by discarding a WATER monster. This serves a dual purpose in this deck because it first can set off Atlantean effects. This means field control and Diva searching, all good things. But it also serves as a way to dump Destiny HERO Malicious and other fun graveyard based cards to the graveyard. The ideal play would be Tidal + Dragoons. Tidal pitch Dragoons to send Malicious to the graveyard. Dragoons searches Diva. Summon Diva, likely bring out Marksman. Malicious’ effect brings out a Malicious from the deck. Synchro and stuff. You may want to stave off the play so you can do more next turn, but you get the picture.

With the large addition of Synchro summoning it’s probably to add Genex Ally Birdman back into the deck, a card forgone from Atlantean decks as soon as Mermails came out. It allows access to the basic OTK of Birdman + Diva as well as Synchro plays into Locomotion R-Genex or Gungnir, Dragon of the Ice Barrier. With all these things in combination it’s not difficult to make a fearsome soft lock with Mermail Abyss Gaios and Stardust Dragon. (similar to a play I mentioned in the past with Photon Strike Bounzer and Stardust) The opponent becomes locked out of a lot of Monster Effects as well as destruction and very few decks pose the immediate answers to a field like that without exhausting most of their resources.

Another very interesting card things all brings to light is Oh F!sh!. With the combination of Tidal’s Banishing effect as well as Miracle Fusion, I don’t think it’s too hard to say you can bet on either a Fish, Sea Serpent or Aqua type monster being banished in every duel. With that we gain access to this uber trap card, that can only be compared to Gladiator Beast’s War Chariot in terms of power.

There’s a whole lot more I could say, but I’m going to have to cut it off their. I’ve got very little time this week since I’m going camping at the end of the week. (when you’re reading this I’ll already be back, but it will be at the end of last week to makes things clearer) With that I haven’t much time and I churned this out really quick at the beginning of the week. I’ll end the article with my preliminary deck list for the idea. The deck list is completely untested, so don’t expect it to work without a lot of tweaking: