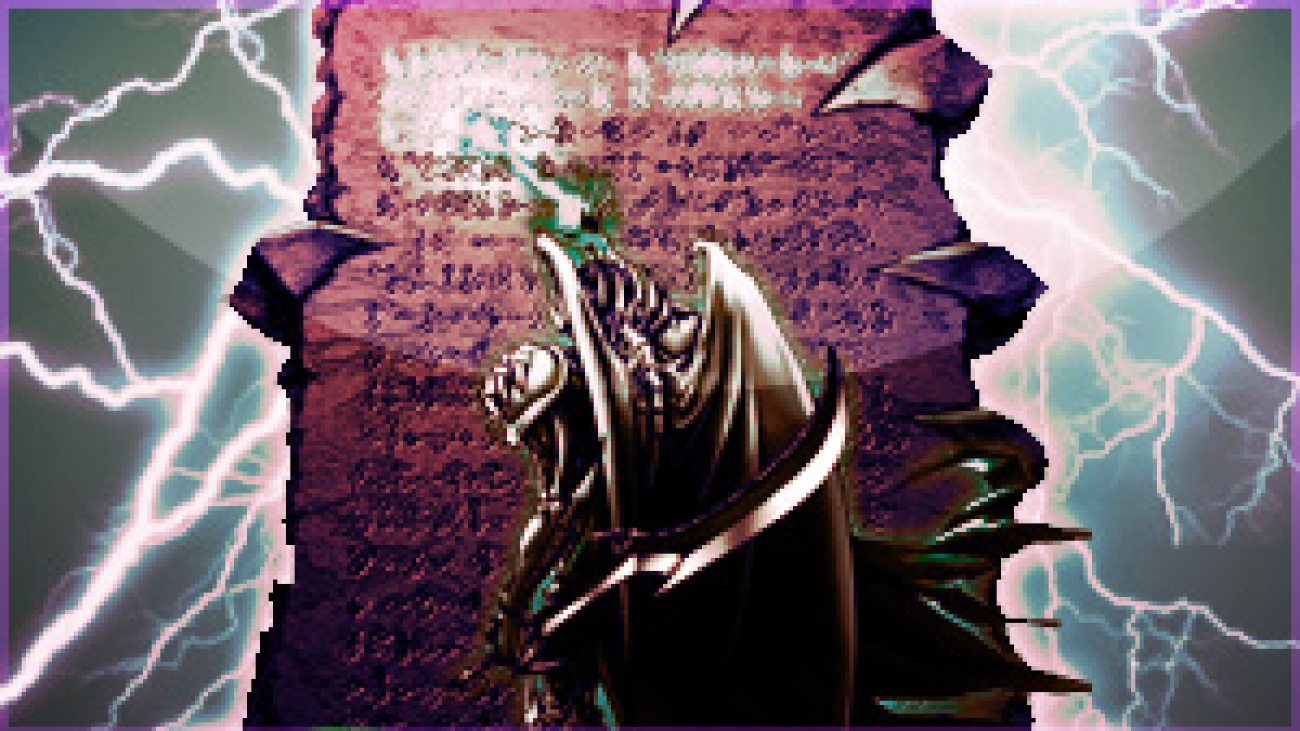 by Kyle
with 6 comments
Deck BuildingGameplayWritten by: Kyle

Is it just me or…

…is Yu-Gi-Oh! getting boring? Are all the good decks made with a cookie cutter as they call it? Is their any hope for non-archetypal decks or more splash-able play styles? To me it really comes down to a trend I’ve been seeing in the recent pool we’ve been given, which I’ll call “dis-allowance of creativity”.

The trend has been really obvious as of late, Konami has been churning out archetypes with blatant strategies built into them. The decks build themselves and are reliant on cards specific to the archetype and are generally unable to affect non-archetype cards. Am I okay with this? To an extent this is interesting, yes, but with the current state no. Inherently some cards interacting with specific other cards is a cornerstone of the game and it can’t be separated from it, but on the other hand when a deck is given to you that is completely concentric about itself and unable to be split apart I find it kind of concerning as a player, and frankly un-fun.

To me, and I’m sure at least one other player (detect that slight sarcastic tone), Yu-Gi-Oh! isn’t really about winning. While I’m sure we can all agree winning is very nice and you build your deck to win, that isn’t really the point of Yu-Gi-Oh! for me. My joy really comes from deck building! I think of the game as a deck building game, and I think to at least some degree every player does. You can go to events and test your skill, become a champion if you so desire, but to me what’s important about that is doing it with my deck. The deck I created and worked and honed. I like to create ideas and engines and I retrieve happiness from seeing those ideas succeed, whether that be succeeding in the form of winning at a large event or simply working once against one player in one duel.

Now why do I think this way? To me it’s pretty simple, if I wanted to compete with pre-constructed decks in a test of skill, then Yu-Gi-Oh! is certainly not the game to do so with! It’s riddled with luck, and constantly forcing you to pay more money to enter. On top of that you barely win anything in terms of prizes and even the non-physical prizes such as fame confidence are really shallow when it can be proven wrong in a couple of months or could be based off just plain dumb luck. If I wanted to play a skillful game with a pre-constructed deck, I’d probably find a game like Poker. Everyone has the same deck, the skill is relevant and the prizes are large. Yu-Gi-Oh! was never really intended to be that way and was built in a way that each player could have their own unique decks and ideas and use those to succeed. What’s sad to me though is the game has essentially devolved into a game where winning is the only thing of importance, which honestly doesn’t make a whole lot of sense. The game obviously isn’t built for extremely competitive play and yet a vast majority of the players really don’t care about building decks, they simply buy the touted best deck and try to win. (I certainly question why they play this game as opposed to another, but that’s for another article)

Yet, I play Yu-Gi-Oh!, so I must not play it for winning, because winning is pretty worthless here. I play it for creativity and deck building. Sadly though, Konami appears to be removing it from the game. Now, I’ll start off by saying I am in no way trying to go off on a tirade against Konami. From the perspective of a business they’re making the perfectly logical, if not optimal decision when it comes to card design.

When Konami makes cards, they want to be able to track their future success. If Konami where to release cards that promote creativity, this leaves open the possibility of a format in which unforeseen card interactions cause a specific deck to overpower the game. This would in turn make people unhappy with the game and not wish to play, and in turn cause sales to take a dip. Worst case scenario, they may ostracize a large portion of the player base from the game and snowball the game into extinction. (I doubt that would ever happen though, since I think either the players or Konami themselves would take action before we’d allow that) At the very heart of this is Konami simply wanting to predict how the game will be in the future in order to keep it successful.

Then we have archetypes, the benefit being they’re completely track-able. They don’t allow interaction with most already existing cards and the cards themselves cannot be isolated from their respective archetypes to be used in creative decks. This allows Konami to in a way control the game without the players seeing their hand on the puppet strings. They know the players want to be creative, but  they can’t allow that because it risks failure. So Konami created these many archetypes for you to “build” decks with so you feel as if you’ve created them when actually Konami is in complete control. (I feel like a conspiracy theorist right now) This allows Konami to see the future of the game and control whether or not it remains successful, which in the very very end is good for both Konami and the players because if the game is not successful then the game will cease to exist, which I know we don’t want.

Thus the issue arises! My value in the game clashes with the way it’s being presented. I wish to use creativity and build decks of my own, but there are no cards being released allowing creative deck building because that’s not a good business decision. (especially considering how many people are eating up the archetypes Konami keeps releasing, so why should they stop if so many people love it?)

Let me take a moment though to talk slightly off topic. I said “there are no cards being released…” and I’d like to say this isn’t completely true. In every single pack Konami has left a last bastion of cards for creative deck building. Naturally these cards are never as good as an archetype will be or they might cause an unforeseen meta-game, not allowing the prediction of their own success, which is their desire. To find these cards, just go to the Yugioh.Wikia and look at a list of cards from one of the packs. Right above the extra deck monsters of the pack is 2 to 8 obscure cards (generally short print commons) that have no relation to any archetype and effects that don’t have interaction with obvious cards. These cards are given to the creative players. As an example in the most recent pack Shadow Specters we got the following cards in this section:

In the previous pack, Judgment of the Light we got:

I could continue to list cards for countless packs backwards, but I think it makes the idea clear. If you want to see any other cards of this category you can do some research on your own. I do really like most of the cards released in this section, but the problem with them is they are never strong enough because they’ve created them this way. A good example is Masked Chameleon. It has a very powerful effect, but it was given a multitude of stipulations to ensure it would never become too strong. Some incredibly powerful cards have been born from this section though, by accident or by design who knows, such as all the Dragon Rulers, Rescue Rabbit and Trance Archfiend. Looking back when writing this article, most of my favorite cards from each pack come from this section, or at least cards I’ve made mental notes about, such as cards like Chain Dog. All that to say, yes, we do receive cards that are creativity promoting, but they hardly count in my mind since they’re rarely as good as any archetype being released.

Returning to the idea of archetypes though, I very much don’t like using archetypes because they’re very much pre-constructed. If I like to build my own decks, they inherently go against that because of that pre-constructed nature. What I find most irritating though is that there are more and more archetypes coming out and they’re becoming less and less able to be extracted from. Take the new archetype Bujins for example. There’s almost no way to run any card with Bujin in its name in any other deck except one filled with cards that also have Bujin in the name. (I’ll make exception to 2 cards, name them and you get a cookie) The deck gives nothing for a deck builder to work with. They provide nothing specific other then all the generic one-of effects within in your cookie cutter archetype, aka a card to destroy monsters, a card to destroy spells and traps, a card to search, a card to protect, etc. but all packaged in a way that only the archetype can use.

Why do I bring this up you ask? Well, this is really a long and drawn out way of saying I’m running out of ideas. Maybe it’s just a dry spell, but I’ve got nothing. We’ll see what happens…

I’m looking for ideas here, but what’s a creative card that’s never really gotten any use that you wish had a cool deck? Cards like Chain Dog or D.D. Telepon that are certainly begging for exploitation but never panned out. Remember Dark Desert Tapir and all that hype? Never really worked out for him either.