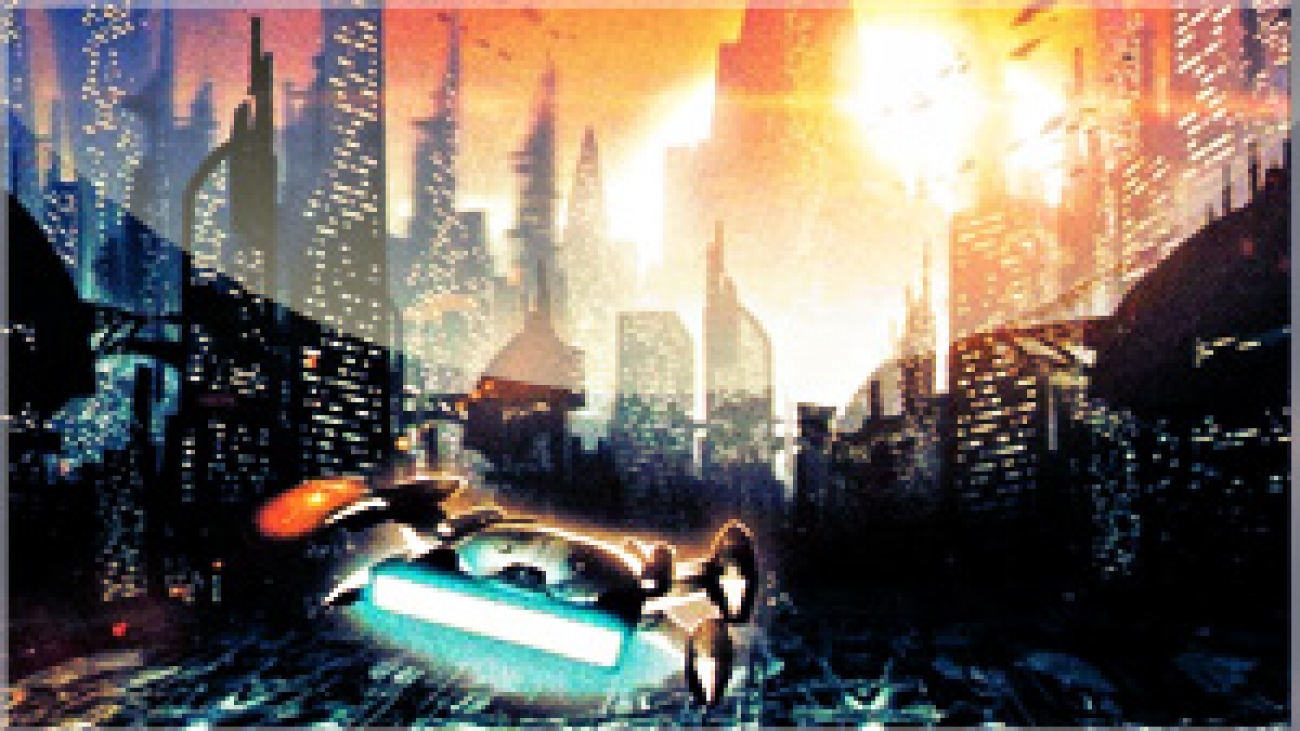 I was bored, and I wanted to make Kozmos, but that’s expensive. So, I made this.

Now clearly, this deck isn’t as good as a big budget Kozmo deck. Your deck better be good if you’re going to drop a quick 300+ on just a playset of one card. I made this deck on a budget, and literally went out and bought all the Kozmo cards, bar the spendy ones, and made this deck. There’s a lot of what you could call “weird filler” in the deck, but I’ll attempt to explain my choices. If you’re looking for a pretty fun budget deck then I actually might suggest this. It’s surprisingly good, and worth barely anything. There’s a handful of more spendy cards such as Emergency Teleport or the Artifact Engine that can be added if you want to add a little more money into the deck, but as it is now the deck is pretty cheap especially if you don’t buy Infinity and M7 and that’s if I’m generous on the cards that cost less than a dollar. The most expensive card in the main is Kozmojo which is about 5-8 dollars which is battling for the top with common Instant Fusion which is roughly 5 dollars (which surprised me when I looked up the price). The extra deck is a bit more spendy, but most of it is not necessary. A usable extra deck can be obtained for pretty cheap as well if you don’t want to get what I’ve added I’ll talk about all that’s really needed in the article. On the other hand, getting good extra deck monsters is usually a pretty good investment because they can be used in more decks and will be good long into the future for the most part. A great example is Castel, the Skyblaster Musketeer, which will pretty much be an extra deck staple forever. You could easily drop the Nova and Cyber Dragon Infinity and still be fine for the deck, but Infinity is pretty low right now, maybe it will keep going down though? Other than Infinity and Constellar Ptolemy M7 (about $15, but a completely unnecessary card for the deck), each extra deck monster is sub 5 dollars. Infinity is a really good card in this deck though. Describe this deck to me in one paragraph:

This build pretty much goes all in on the graveyard reliance that was pushed in the new Kozmo support. Utilizing the dumping effects of Kozmo Tincan and Kozmo Delta Shuttle, you build up a lot of plays using Oasis of Dragon Souls and Call of the Haunted and also setup the use of Instant Fusion with Norden. You control spells and traps by summoning Sliprider a pretty ludicrous amount of times once setup and also have monster control using Kozmojo and Offerings to the Doomed as well as your Extra Deck monsters. Kozmojo and Offerings also double as OTK enablers.

The deck is based heavily around Kozmo Tincan, which is an absolutely phenomenal monster. In combination with Call of the Haunted or Oasis of the Dragon Souls you can setup some nice XYZ plays, making Constellar Pleiades or Cyber Dragon Nova into Infinity when you need it, or set up a good floating defense and reactionary Sliprider effects to pop spells and traps. Initially you want to select a Sliprider, Delta Shuttle and a Forerunner which basically gives you the setup to do anything the deck may want in the future. From there you’ll almost always banish Tincan to summon whichever was searched and once that dies I typically transition into Strawman and bring back whatever has died to continue the cycle. It’s what you could consider standard Kozmo things minus the extremely good stuff.

I typically refer to all the Level 4 and lower Kozmo monsters as the “pilots” because they’re the monster than banish to summon what I call the “big ships”. I picture them as warping up into a ship to pilot it, hence ships and pilots. Since I ruled Farmgirl out simply due to budget, I needed to choose a good line-up of pilots. Tincan was the must and most beneficial of the pilots, it starts the deck up and the easiest to cycle because of it’s level. It provides a lot of versatility and really is why the deck can work. Then, the second up is Strawman. At first I was only running 1, but I was realizing I simply needed to be running more pilots so I opened with at least 1 more often because without them the deck literally does nothing, thus the 3. Wickedwitch is just an all around solid monster, and I once again decided for 3 because I need to open with them. Due in part to not running Emergency Teleport I have to run 3 of each of the pilots for consistency sake. I decided against some of the others because they didn’t seem to provide me any utility. You could potentially be running Kozmo Goodwitch but when I had it in my deck I found I never needed the effect, so I cut it. I tested Soartroopers, and you can do some pretty cool and interesting stuff with them, some craziness with Leviair and whatnot, but the setup phase was too long and had to small a reward when it was functional.

The choice on the ships is pretty clear. Sliprider is probably the most important, thus 3. Forerunner is too good and makes the deck difficult to deal with, plus the lifepoint gain is naturally helpful. Eclipser basically sucks, but it has 3000 ATK and we’re not buying Dark Destroyer, so sometimes you need a beater. DOG Fighter is good, but you don’t always want it. I think of it as an intermediate monster for stalling and for summoning into a level 5 Kozmo once destroyed for XYZ setups. Delta Shuttle kind of sucks but is also helpful. Shuttle sets up for Call of the Haunted or Oasis as well as Instant Fusion first off and is also a Level 5 Machine, pairing with Sliprider for Rank 5 XYZ plays, specifically Cyber Dragon Infinity. One play I think is pretty cool with Delta Shuttle is to send a Wickedwitch to lower an opponent’s monster’s ATK (whoa double possessive apostrophe “s”) and then using Instant Fusion to revive Wickedwitch and make Ragnazero to pop the monster you ATK dropped with Shuttle.

With Tincan and Delta Shuttle, you can pretty easily get any Kozmo you want into the graveyard. Sending Kozmoll Wickedwitch is the pretty obvious combination with Instant Fusion. Instant Fusion summons Norden, Norden summons Wickedwitch, then you summon a Rank 4 XYZ. It’s not outstanding in any particular way like Instant Fusion can be in some decks, but it’s high utility, removing threats and dealing with most problem scenarios.

Offerings to the Doomed:

This card is a little silly, but I assure you it’s completely functional. Offerings to the Doomed is quite an old card. It’s a quick-play spell, the effect is “Target 1 face-up monster on the field; destroy that target, also skip your next Draw Phase.”. It’s most basic application is that it can destroy the opponent’s monsters as a control mechanism, but I wouldn’t recommend this unless you have a Kozmotown setup allowing you to go off no additional resources due to the draw phase skip. More than control though, the purpose of Offerings is to OTK the opponent. Offerings can destroy your own monsters, so if you have a big ship you can attack with it, then use Offerings to destroy it and the ship will summon another Kozmo from the deck. With that new Kozmo you can attack again.

You can get some neat chains depending on what you have in hand or what ship you summon. For example, you can attack with any ship, destroy it with Offerings and get a Wickedwitch, attack with that Wickedwitch and then banish the Wickedwitch for another ship and yet another attack. You could also do chains of summons with additional Offerings or Kozmojos and chain down from Forerunner to DOG Fighter to Sliprider to Wickedwitch. There’s also some cheeky combos where you Call of the Haunted a ship, then attack with another monster and that ship, then Offerings the other monster to summon Sliprider, Sliprider destroys your Call of the Haunted destroying the ship it’s attached to and allowing you to summon another monster to attack with, effectively giving you 4 attacks.

On top of all this, the card is probably around 10 cents, so it’s hyper-budget!

For the most part, there are only a few things worth summoning in the extra deck. First there’s Castel. More often than not he’s the XYZ monster I make using Instant Fusion, and typically I only make a rank 4 with Instant Fusion once per game. To further decrease the deck’s cost you could drop Instant Fusion and all the rank 4 XYZ altogether. If I were to do so I would add in generic trap cards in place of the Instant Fusions such as Bottomless Trap Hole, Breakthrough Skill, Solemn Warning, Mirror Force or Torrential Tribute. If you were to keep the rank 4 engine, you only really need Castel and Norden, I would say you could pass with simply 1 Norden, 1 Castel and 1 other rank 4 XYZ of choice.

For rank 5 XYZ, you probably want these no matter what. Pleiades is easily the most important. It deals with a lot of the threats an opponent may throw at you in monster form and also recycles your Call of the Haunted and Oasis of Dragon Souls. Because the extra deck is mostly empty I added the M7 for when Pleiades has exhausted its material, but it’s a completely unnecessary addition and is also expensive despite no one actually using this card in competitive decks (which is strange). Cyber Dragon Nova and Cyber Dragon Infinity are very good in this deck, that’s why I still added them to the deck despite the budget title. They aren’t necessary but they sure are helpful. Delta Shuttle is a lot better if you run Infinity. If I were to make a super budget friendly rank 5 line-up though I would say to run 1 Pleiades,1 Adreus and 1 Durendal. If you’re running the Instant Fusions I would also suggest the 1 Panzer Dragon. So the budget extra deck would be this:

This extra deck costs roughly $22 on TCGplayer if I make the extra rank 4 Ragnazero. Averaging about 3 dollars each card. I always fill my extra deck to 15 cards though, simply for utility’s sake.

The rest of the deck I think is self-explanatory. I have had a lot of fun using the deck, I think it’s quite enjoyable to play. Hopefully I can get my hands on some Farmgirls or Dark Destroyers and maybe run it at a major tournament, or maybe I should just be hoping for some gold rare reprints!