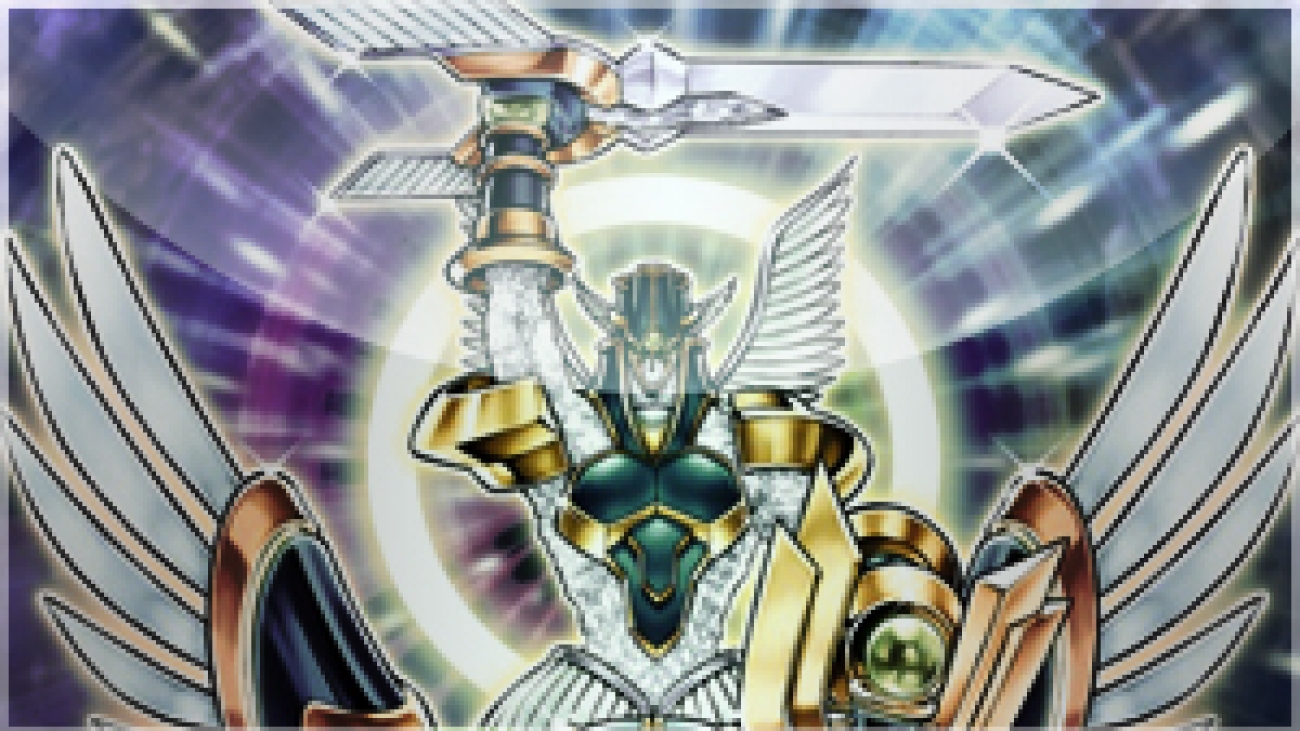 I like to play Goat Control for fun at my locals! Let’s talk about that.

The same preface as last week, nothing to write about except not relevant things because the meta is unbending. Like many people who get tired of formats, I play an older format at my locals instead. Goat Control is a reference to the April 2005 format, the last release during that time being Flaming Eternity. It’s famously known for being one of the funnest and most skill oriented formats in all of Yu-Gi-Oh!. The format gets its name from the best deck of that format that utilized Scapegoats with cards that were banned afterwards (or are now recently coming back) like Metamorphosis, Thousand Eyes Restrict, Tsukuyomi and Magician of Faith. The format was also characterized by “the Trinity” of now banned Spell cards: Pot of Greed, Graceful Charity and Delinquent Duo.

Despite many cards that would be greatly overpowered in the current meta, these cards where very tame and counterable in this infinitely slower format. While duels in the current meta last around 3 to 5 turns, Goat Control games last upwards of 20 turns in most cases, meaning that even if you run only 1 copy of a card you’ll usually draw it even without searching. This format, also unlike the current one, has a huge emphasis on gaining advantage. In the older formats you had to work to gain advantage over the opponent, and once advantage is taken from you it’s hard to take it back.

That’s my basic explanation of the format. Honestly, it’s really fun. Currently it’s only me and two other people playing it at my locals, but it may go up to around 5 or 6 soon as we spread interest (here’s hoping anyways!). I don’t run a standard build, I run more of a Warrior Toolbox deck because I didn’t want to run a standard Goat Control deck. I’ll give a quick deck profile and then talk about the deck some more and why I like Goat Control as a format. The basic idea behind my deck is to use the toolbox nature of Reinforcements of the Army (ROTA) to respond to all the situations my opponent throws at me with the appropriate threats. D.D. Warrior Lady and Exiled Force deal with just about any face-up monster threat. Blade Knight and Mystic Swordsman LV 2 deal with face-down monsters. Most face-down monsters are easily dealt with in this deck thanks to the many ways to destroy them in the deck, giving way to the 3 copies of Book of Moon, which wasn’t as standard at the time to max out on. To supplement that I have a mini Gearfreid engine.

Gearfreid is a Level 4 Warrior who destroys any card equipped to him. He’s 1800 which is really big back then unless you’re running a straight beatdown deck (like with Berserk Gorilla and Skill Drain) and your opponent usually has to make some kind of move to get rid of it since attacking over it usually isn’t an option. He’s also immune to Snatch Steal, which is nice. The main “combo” though is to use Gearfreid with Blast with Chain. It’s pretty simple. Blast with Chain equips itself to a monster to give it 500 ATK. If Blast with Chain is destroyed while equipped you can destroy 1 card on the field. This means you can equip it to Gearfreid and Gearfried’s effect blows it up to pop 1 card, which means a lot back then. It forms a very controlled one for one removal, capable of disrupting opponent’s plays.

Blast with Chain also works well in tandem with the rest of the deck in a couple other ways. It similarly, but not as effectively, can provide the same kind of monster removal as with Gearfried when combine with Breaker the Magical Warrior, Mystical Space Typhoon and Heavy Storm. Breaker can destroy your own Blast with Chain when you’re in a pinch, but I wouldn’t be relying on it. Mystical Space Typhoon has the benefit of being chainable, so you can do this during your opponent’s turn, but once again, only when you’re in a pinch, because MST is a valuable card and it’s limited to 1 in this format. Heavy Storm is probably the most interesting interaction; with Heavy Storm you can do “pro-set-Heavy” turn one setting Heavy Storm with Blast with Chain. Then if the opponent sets 2 or more cards and summons a monster you can combine the two to destroy all the opponent’s cards and receive a nice plus. It’s not necessarily a great option though because using Heavy Storm early can make the late game more difficult.

You can also use Blast with Chain more simply to boost your monster’s ATK stat. In particular you want to do this with Tribe Infecting Virus and Don Zaloog because they are a little on the low end for ATK so they risk being attacked over more than the rest of the deck, and they also warrant being removed from the board because they’re threatening so they’re also ore likely to be attacked in that respect. With Don Zaloog this can result in a huge game swing in your favor, because if the opponent attacks into Dog Zaloog and you use Blast with Chain to boost the Don over the opponent’s monster, you’ll destroy their monster for a plus 1, then discard a card from their hand for a plus 2. This also leaves the opponent open for another direct attack, potentially resulting in another plus from Don Zaloog.

The last two applications are lesser. First, Blast with Chain deters random MST and Dust Tornados. The reason this is important is because I don’t run a whole lot of chainable set cards, specifically Scapegoats, and if my opponent learns this they may be more prone to MST set cards if I just set one, but with Blast with Chain they can’t blind MST because they could hit Blast and go neg one because I can destroy one of their cards. Secondly, you can target a Spirit Reaper with Blast with Chain and destroy it.

I know that this card almost never works, but I think he’s really cool, plus I had an Ultra Rare one so I really wanted to run it. If I was trying to be as competitive as possible, I probably wouldn’t run him, but this deck is naturally just for fun, so I am running him. Mystic Swordsman LV4 cannot be Normal Summoned, but you can Normal Set him. He has 1900 ATK and 1600 DEF, meaning he’s pretty huge on both ends. The general attack barrier of the time is 1900 from Airknight Parshath, so Mystic Swordsman being 1900 as well makes it a behemoth. Also, when Mystic Swordsman attacks a face-down it destroys it immediately without flipping, which makes it even harder to get rid of. Basically, if it’s on the field the opponent has to use power cards to get rid of it. The problem is getting in the field safely. In general, I discard it with Graceful Charity, Tribe Infecting Virus or via my opponent’s Delinquent Duo and aim to revive it with Premature Burial or Call of the Haunted (which is similar to how I play Jinzo). You can also set it and protect it, and hope to flip summon it, but this only works very early in the game because once it gets late in the game it’s almost assured the opponent has a Nobleman of Crossout. This makes a powerful albeit risky opening play of setting it and Book of Moon. If they attempt to attack over it with something big, like Exarion Universe or Asura Priest, or something destructive like Mystic Swordsman LV2 you can use Book on it and destroy it with Mystic Swordsman LV4’s effect next turn.

As a side note, you can level up Mystic Swordsman LV2 into LV4 by destroying a monster by battle and sending it to the graveyard (so no killing tokens) with LV2, but I literally have never resolved this effect, but I suppose it’s something to keep in mind.

Blade Knight started off as a card I never used, but over time I started loving this card. In general, it’s one of the first Warriors I try to grab with ROTA. It’s LIGHT so it gets my Black Luster Soldier requirements quicker, but it’s also quite large and forces the opponent to make plays. When it destroys a monster by battle it negates its Flip effect, so it’s good for attacking Magician of Faith, Night Assailant, etc. If you have 1 or less card in hand it goes up to 2000 ATK, which breaks the barrier I mentioned earlier, but this is risky because you usually have to set your hand, risking Heavy Storm, but when it works it’s pretty scary.

I have been thinking of taking out the Magician of Faiths in the deck because I don’t run enough set-able monsters meaning they’ll get hit with Nobleman of Crossout frequently. This can be a problem because it’s one of the only LIGHT monsters I run that goes to the graveyard. If all of my Magician of Faith get banished by Crossout, then I just have D.D. Warrior Lady (who also banishes herself) and Blade Knight. With so few LIGHTs I can get a dead Black Luster Solider in hand, which sucks, since he usually ends a lot of games. I thought about running Asura Priest, Ninja Grandmaster Sasuke and Airknight Parshath in the stead of the Magicians, but I’m unsure.

I have also thought about Mataza the Zapper as a pseudo Asura Priest for killing goat tokens, specifically because he’s a warrior. I also thought about running 2 copies of Dark Scorpion Meanae the Thorn, or actually all the Dark Scorpions for that matter, except the Level 5 guy, because they’re all very good. Cliff the Trap remover destroys spells and trap Chick the Yellow abuses Call of the Haunted, Snatch Steal and Premature Burial.

As more of a troll factor, but also semi-legitimately, I’ve thought about running Big Shield Gardna. It was a card that was run as a tech choice by a few people at the time of the format, but not many. Big Shield Gardna is a Level 4 Warrior with 100 ATK and 2600 DEF. It’s effect negates Spells that target it while face-down (aka Nobleman of Crossout). When it’s attacked it switches to attack mode after the damage step. This card basically causes a lot of incremental damage and also mind games with Book of Moon by letting you use Book of Moon on it when the opponent attacks it while in attack mode. It also makes a soft lock with Tsukuyomi because you can keep flipping back face-down, where it’s really hard to destroy.

So in short, Goat Control is a lot of fun, mind games and skillful dueling. If you’re feeling a little bored of the format, I highly suggest you check it out for a little fun. Most of the cards are pretty cheap if you want to buy some old banned cards (even in high rarity). Just get a group of people together and build some decks!

For all the Yu-Gi-Oh! veterans, what’s a really old card that used to be good that you really loved using that’s not very good anymore? For me, I really love Mystic Swordsman LV2, nowadays this card is a joke, it’s tiny and has a useless effect, but back in the day it struck fear into the hearts of people as they saw it hit the board!