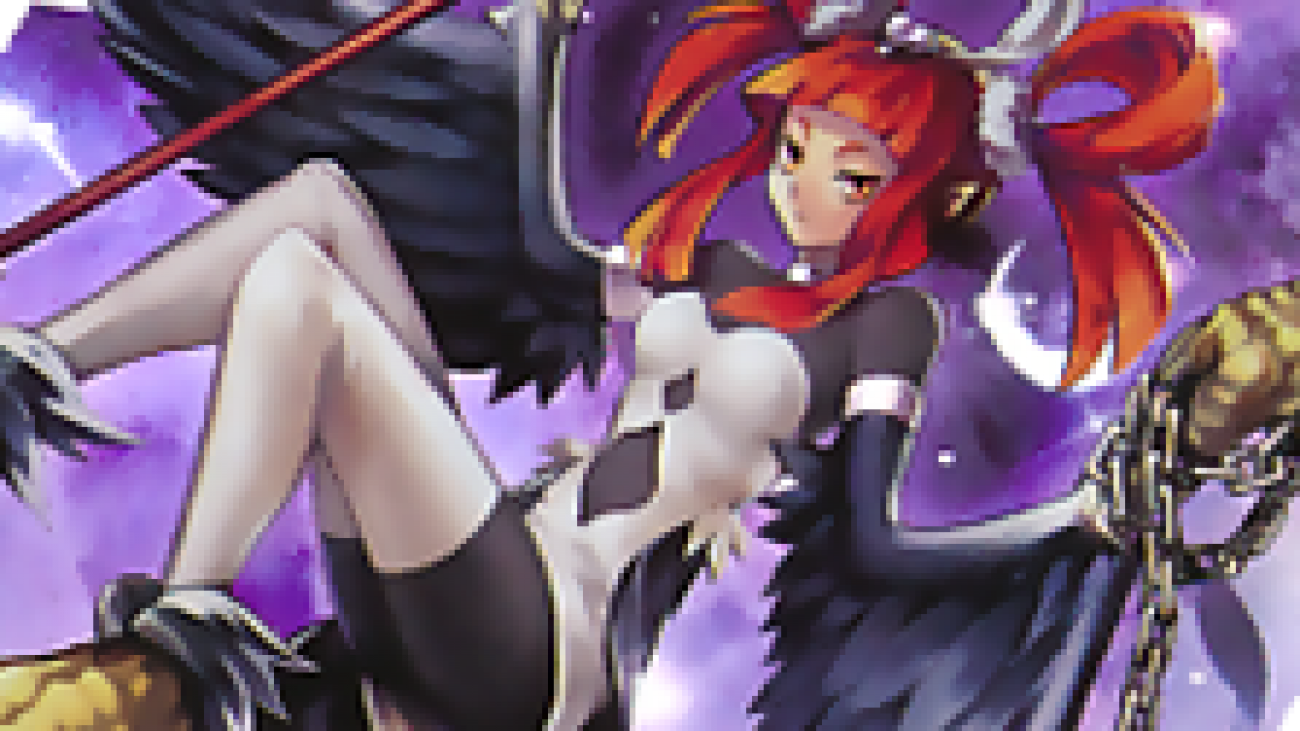 Harpies by Matt
With the resources available to me, I set out to create a fun, competitive TCG Harpie Deck.

Harpie Channeler
Rank 7s are very powerful, and Harpies have access to them with “Harpie Channeler“, who can Summon a Harpie Monster from the deck by discarding a Harpie card from the hand (Monster, Spell, or Trap). Furthermore, while you control her and a Dragon-type monster, Channeler becomes Level 7. This allows the Level 7 “Harpie’s Pet Dragon” to be of some use.

Channeler also provides quick access to two Rank 4 monsters with restrictive Summoning conditions: “Lighting Chidori” (2 Winds), a very good defensive/disruptive monster that bounces cards back to the deck, and “Ice Beast Zerofyne” (2 Winged-Beasts), who can negate the effects of every face-up card (Monster, Spell, and Trap) your opponent controls. Zerofyne also happens to be a Winged Beast, so this already aggressive monster enables some flexibility with Icarus Attack. It’s an exceptional card that can be Summoned into a scary/dence field and survive. Take note of it.

Harpie’s Pet Phantasmal Dragon
HPPD is a Rank 4 monster that requires 3 Wind monsters to make. It’s both offensive and defensive, in that while it has material, your opponent cannot target any Harpie monsters (yours or theirs) with card effects or for attacks, so it will only fall victim to cards like “Torrential Tribute” or “Dark Hole“. It can also attack Life Points directly. During the End Phase, it has to Detach a Material. So it can effectively do 6000 points of damage to your opponent before they have the opportunity to deal with it.

It’s already a challenge to carry out a triple Rank 4, this is additional unneeded complexity. There’s no use in summoning a “Harpie Channeler” alongside HPPD, unless its to Xyz for a Rank 7, Konami made that blunt and straightforward.

Tempest, Dragon Ruler of Storms
In order to take advantage of Channeler, it makes sense to use Tempest. It’s much more versatile than regular “Harpie’s Pet Dragon”. You’ll have ample supply of Wind monsters to Banish for its Summoning, or to discard for the Baby Dragon’s effect. Drago-Sac is also a Wind monster, allowing “Gozen Match” to get pretty lethal. Both Draco-Sac and Big Eye add stability to Harpies because of their high attack and aggressiveness.

The Baby Dragon – Lightning – is also a target for “Debris Dragon“, which can be searched out with Tempest and can help to make “Black Rose Dragon” or “Ancient Fairy Dragon“. They’re both Level 7 to facilitate Rank 7s, and they’re both tempest fodder since they’re Dragons.

Garuda the Wind Spirit
Garuda can only be Special Summoned from the hand by Banishing 1 Wind monster from the Graveyard. It’ a Wind, Winged Beast-type that can go into HPPD or Zerofyne, and be used for Icarus Attack. It gives you plays while waiting on “Harpie Channeler”. Of course, it can also banish Tempest from the graveyard, setting off its search effect.

Lacking A Solid Defense
With Xyz monsters, Harpies shriek and claw their way to victory on the backs of more powerful monsters. Every play they have, from swarming with “Harpie Channeler” or “Hysteric Party“, to their Field Spell “Harpie’s Hunting Ground“, which converts Harpie Summons into MSTs, is an aggressive move against your opponent. In contrast, only the end of the universe can unseat their ace monster once it’s taken roost.

I feel like including some defensive monsters or backrow is more necessary than you might at first think. I went so far as to consider “Shield Wing“, a monster that cannot be destroyed by battle twice. It’s also a target for Icarus and I really enjoy using the card because it asks your opponent to give up the battle phase, and then set cards in Main Phase 2 that you’ll blow up during the end phase.

“Flying Kamakiri #1” Is another interesting option that fills the graveyard with Wind monsters, provides access to “Harpie Channeler”, and gives you a much needed play first turn that doesn’t require you having a Draco-sac.

With the Phantasmal Dragon strategy, there’s a need for 2000 more damage after it’s 3 successful attacks. A combination of “Gagaga Cowboy” and a damage inducing trap (like Magic Cylinder) may prove effective.

Recycling Harpies
With “Elegant Egotist” and Harpie Channeler, the standard Harpies are drained from the deck very quickly. “Daigusto Emeral“, a Rank 4 that can either return 3 monsters in your Graveyard to the deck and draw a card, or Summon any Non-Effect monster from your Graveyard, provides some nice synergy with the Normal Harpie Lady monsters. It’s also Wind material for Tempest.

Another favorite of mine, “Quill Pen of Gulldos“, is an interesting bit of Wind support. By returning 2 Wind monsters in your Graveyard to your deck, you can also return 1 card on the field to the owners hand. There are not a lot of situations where you’d bounce your own cards back to your hand, but that option is still there. It’s great because you can recycle valuable Wind Xyz monsters for a second round. Quill Pen also combos with the Field Spell “Divine Wind of the Mist Valley” that special summons a Wind monster from the deck after a Wind monster returns to your hand.

After testing them out for a while, Harpies are fun and powerful. They have the ability to play out of tough situations with some of their more unique Xyz monsters. They can also rely on Harpies’ Hunting Ground to plow through backrow with ease.

Below is the decklist that I had when I ended my phase of testing: