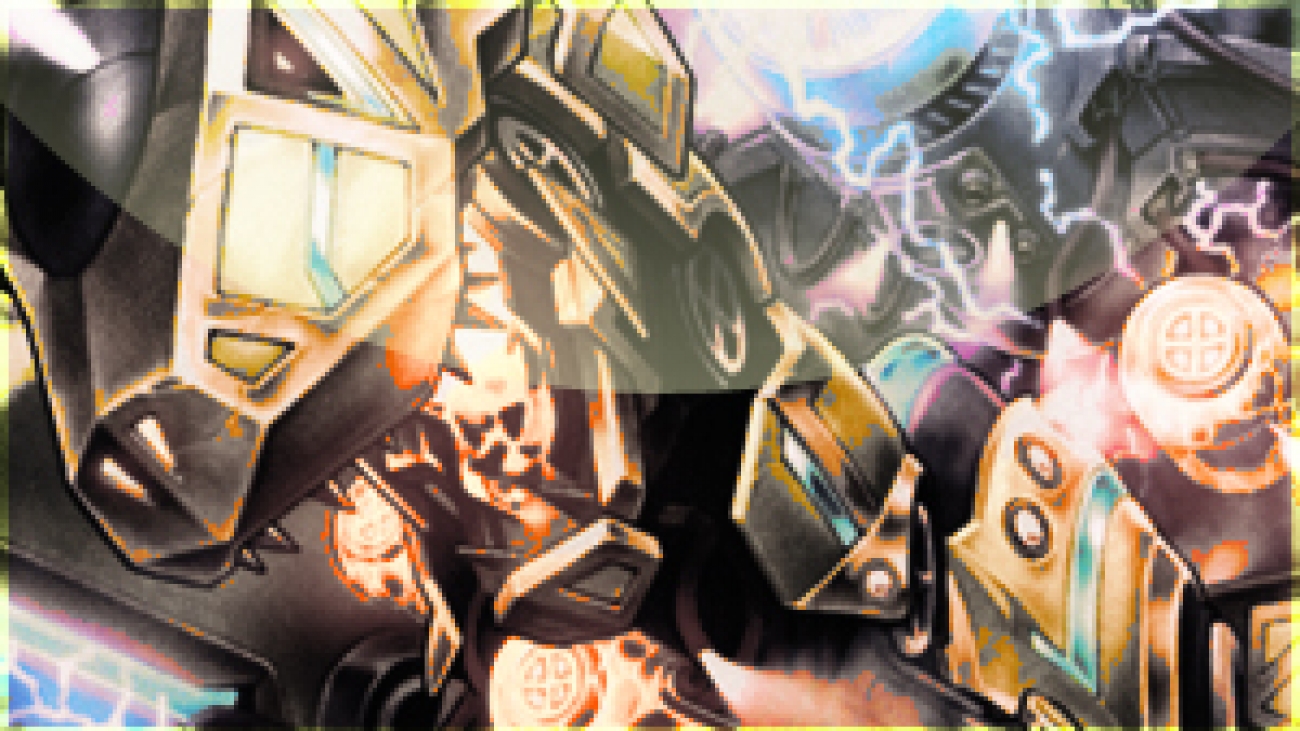 by Kyle
with 7 comments
ArchetypeArticleWritten by: Kyle

In the hush of the night Dinomist has become a realistic rouge threat, did you notice?

Inadvertently I myself was made aware, but due to Matt’s personal fascination I was already pretty aware of almost all the Dinomist cards so the mental stretch was pretty short. All I really saw was a video in my YouTube subscription feed about Dinomist Bahamut Shark turbo, and without even watching the video I realized that Dinomist had gained an absolutely massive amount of power. This is all due to the release of Toadally Awesome and the ability of Dinomists to easily summon Bahamut Shark. But of course, that’s not all there is when it comes to Dinomists, they’ve actually silently been getting better with small support here and there.

Like I said, the most apparent boost the deck has gained is the addition of Bahamut Shark to the Extra Deck. Bahamut Shark requires 2 Level 4 WATER monsters to be XYZ summoned, and if you weren’t all that versed in Dinomists, then it would be helpful to know that Dinomist is an all Machine-type WATER archetype consisting currently of 4 Level 4 monsters and 4 Level 5 monsters. Realistically you could just run an engine of just the Level 4 Dinomists and try to get by now that there’s this capability of the deck.

As opposed to some other decks, the recursion of WATER monsters with Toadally Awesome when it dies is pretty exceptional for Dinomists, which really lack recursion altogether. This also massively takes away from the brunt of combining two Pendulum Monsters into an XYZ monster, which usually results in the permanent loss of those Pendulum Monsters because they’ll go to the graveyard rather than the Extra Deck when detached. In the instance of Bahamut Shark plus Toadally Awesome this cost is slightly mitigated because Toadally Awesome can always recur one of the monsters used as material for the Bahamut Shark.

The motive for going to the Extra Deck also opens up Dinomists to running 2 other monsters as well as a third that relates to Toadally Awesome specifically. First is Tin Goldfish. Tin Goldfish allows you to go into a Bahamut Shark easily without having to make a Pendulum Scale. This allows you to play more easily around the Solemns because you don’t have to put all of your plays in one basket with your Pendulum Summon and you now gain a potential bait for set cards, or at best an XYZ summon of Bahamut Shark. Tin Goldfish is also a Machine meaning it has the same type and attribute as the Dinomists, allowing you to still easily run Gozen Match or Rivalry of Warlords in the deck (probably most preferable being Gozen Match).

In a similar vein, with incentives pointed towards the Extra Deck, Dinomists are now much more likely to get a monster into the graveyard. This opens the deck up for the use of Instant Fusion and Elder Entity Norden. Previously, this was not only unviable but also pointless because you didn’t really care about XYZ summoning anyways. Now, you tend to put monsters in the graveyard for XYZ summons making Norden viable and since Norden is WATER you can even make Bahamut Shark without Normal Summoning.

The monster I figured I should also mention in passing is Gamecial the Sea Turtle Kaiju because it’s an Aqua-type monster. This means it can be send to the graveyard for Toadally Awesome’s effect, which makes the card serve a dual purpose. You can also use it in tandem with Moray of Greed if you were to choose to run that card as well. More than ever though, people are starting to main deck Kaiju monsters given the increasing overpowered lockdown monsters being put into the game and the broken turn one boards people are putting out there. With Toadally Awesome being introduced into the deck this gives Gamecial definitive possibilities as a card for Dinomists to run.

When Dinomists came out, they actually only had 6 monsters, which wasn’t a particularly sustainable engine of monsters, first because it simply wasn’t all that big of a monster base for a deck that’s expected to put at least 2 of those monsters in the Pendulum Zones, effectively turning a 3 monster opening hand into a 1 monster opening hand. The addition of 2 more Dinomists monsters adds the possibility of 6 more monsters to the deck, which is quite significant, especially if you devote pieces of the deck to thinning or draw power, and then you can additionally run monsters like Tin Goldfish giving you a much more robust monster line-up. This may seem like a small addition to the deck, but I actually think it’s very important, especially given that the two monsters where very good for what the deck wants to do (in my opinion).

Additionally to the support we have already gained, a new incredible support card for Dinomists was revealed currently called Dinomist Howling. I don’t particularly want to get into why this card is so good, but save it to say that first, it’s incredible as a card on it’s own and for what it brings to the deck, but it’s also very important because it means this deck is receiving continued support from Konami which always good for picking a sustainable deck. If you’re interested in what this card does I highly suggest looking it up.

A lot of new cards have been released since the initial release of Dinomists. In particular one card is of most importance, and it’s honestly a really boring card, but I really think I still needs to be brought up in the case of Dinomists. That card is Pot of Desires. Dinomists have no realistic ways of gaining card advantage and are focused more on sustaining card advantage that they do gain. That means that if they do gain any card advantage they tend to hold onto it as long as possible. That means that any possible way you can get a plus one in Dinomists will be better in Dinomists than in most decks because they can take that small plus faster. That means the card Pot of Desires is massively welcomed in Dinomists, wildly increasing the decks consistency. The bad news of course is the price. Dinomists are typically seen a s budget deck, but if you want to build the strongest version you possibly could, you’ll probably going to have to fork it over for 3 Desires and 3 Toadally Awesome. Sorry folks!

For those looking for a quick build to test out, here’s the build I’ve been toying around with in my own testing: