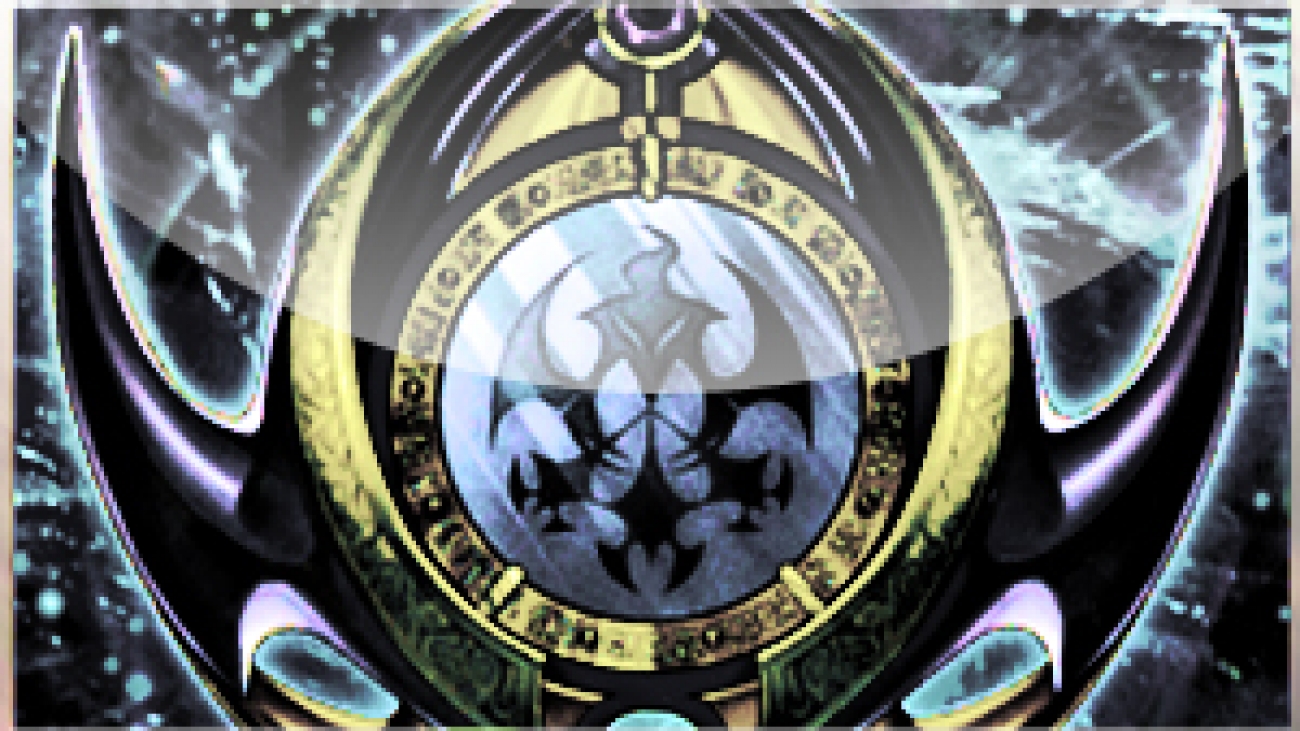 by Kyle
with 3 comments
Single CardUncategorizedWritten by: Kyle

In this article I go over some of the cards I’ve had experience with for playing against Nekroz.

Nekroz is a pretty dominant deck this format, so anyone expecting to enter into a competitive event right now should be expecting to play against them. That being said, that doesn’t mean you can just blindly main deck cards that work against the deck, they also have to be relevant again the remaining portions of the meta. I’d like to talk about a couple of the cards that I’ve personally really liked, as far as the main deck is concerned, for being able to play against Nekroz this format. First up is Mind Crush, probably the best choice in my opinion and the most widely used at this point. The reason why this card has become one of the most ideal choices for cards to beat Nekroz is that unlike all the other potential cards to be running against the meta this format, this is one of the only ones that actually works positively against all other relevant meta threats. Not only can Mind Crush be effective against Nekroz, but it’s also fantastic versus Qliphorts, Burning Abyss and a handful of rouge yet still likely to be seen decks (Yosenju, HEROs, etc.).

Against Nekroz there’s two typical ways you’ll want to use this card. The first is versus Nekroz Kaleidomirror calling Nekroz of Unicore. Whenever a Nekroz player activates Kaleidomirror they are more than likely going to summon a Unicore by sending a Herald from their Extra Deck to the graveyard. More often than not they’ll activate an effect searching for a Unicore before that, literally revealing it’s in their hand. When they activate Kaleidomirror, chain Mind Crush calling Unicore. The Nekroz player then has to discard all of their Unicores and then Kaleidomirror will resolve forcing them to ritual summon if possible (it usually isn’t). If it is possible for them to summon anything they’re probably going to lose because they’re being forced to summon an awful monster combination like Clausolas + Trishula or 2 Brionacs (using a level 12 Extra Deck monster) or using an in hand Shruit to summon something from the hand (which would use a total of 4 of their cards: Kaleidomirror, Unicore, Shruit and the monster they summon). If you’re lucky when calling Unicore, you may make them discard more than one.

The second way is when the opponent it very obviously going to Ritual Summon using a Shruit from their hand. Typically the opponent searches a Trishula or has one in the graveyard and activates Nekroz Cycle. In that instance you want to call Shruit because it will discard the Shruit thy have in hand (and any additional Shruits), in general make the Nekroz Cycle fizzle and do nothing at resolution, or cause them to make a really awful play if they are able (which is once again very unlikely, this is mostly due to the restriction on the high level Nekroz monsters preventing them from being Ritual Summoned using a monster of their same level).

Of course, making the opponent’s Ritual Summon fizzle and discarding their resources is a great ability, but Mind Crush also has the added bonus of letting you look at their hand afterwards. If the location of the maximum legal number of copies of the card you called is not verifiable, then you can look at their hand to confirm that they don’t have any additional copies of the declared card in their hand (to prevent cheating). If they have all 3 copies of the card in their graveyard/on the field then you cannot verify their hand because it’s clear where the location of all the copies are. Even if the opponent only run 1 of the card you can still verify because it’s not public knowledge how many of a card you are running (this of course doesn’t apply if the card is limited to 1). A card I personally have started running in my Shaddoll deck is Effect Veiler. In general Nekroz decks don’t actually do a whole lot. That means that if you have an established board they only really have a few linear options. For example, if I special summon a Blue-Eyes White Dragon, the deck can do the following:

I’ll first note that not everyone Nekroz player runs Decisive Armor, and even if they do their first instinct is to summon Trishula because it’s generally more devastating. But, besides Decisive Armor, all the potential plays they make involve a monster that gets stopped by Effect Veiler and run over by Blue-Eyes. This can be applied in a lot of decks with the deck’s typical boss monsters. Here’s some examples:

I’ll use the deck I run, Shaddolls, for my example because I am most knowledgeable of those interactions. Lets say I summon Construct against a Nekroz deck.  Now they cannot use the Decisive Armor option because Construct can destroy Decisive Armor with its effect. This leaves them with only options that can be Veiler or force them to use a lot of cards. Both Brionac, Trishula and a Rank 4 can all be Veiler and Construct will run them over on my turn (bar Valkyrus). There’s only really 2 options they have left, which are a combination of Gungnir and Decisive Armor, which wastes a bunch of cards and using Kaleidomirror to summon a Valkyrus and Unicore and attacking over Construct because Unicore negates Construct’s effect (you an still technically Veiler the Unicore before the battle phase, but they’ll probably use Valkyrus to tribute both the monsters to draw 2, making it their ideal play for Construct killing).

Veiler can also negate Manju and Senju, but I typically save it for the big monsters, most specifically Trishula. It’s best used on Trishula because when a Nekroz player summons Trishula that means they don’t have Trishula in hand (because the standard build runs 1), meaning they cannot negate Effect Veiler with a Trishula.

Of course, if the Nekroz player has Book of Moon, Book of Eclipse, Raigeki, Dark Hole, or Snatch Steal they can use those too, which is why most Nekroz players run those cards in the main deck (and because they clear the Djinn lock). Unlike a lot of cards that are theoretically good against Nekroz, both Mirror Force and Torrential Tribute are also relevant against Qliphorts, which is why they started picking up a lot more steam as of late. The reason they’re relevant against Nekroz is because they deck typically plays in a way that always lets you go plus 1 using Mirror Force or Torrential if you want to. Mirror Force relies slightly on surprise factor since it’s not being run that much anymore, so as the format proceeds it will likely get weaker as people become aware of other players running it. Either way, Mirror Force and Torrential still provide some very clutch OTK prevention.

Don’t think about these two cards as blow-out cards or ways to take away the opponent’s advantage, because in this format they pretty much wont work that way. This format is what I would describe as a “push, counter push” format in which both players are constantly pushing for game against the opponent until one player runs out of resource to prevent losing. Mirror Force and Torrential Tribute act as measures to allow you deck to counter push and hopefully attack for game on your turn. A deck that utilizes this perfectly is Yosenju. The opponent of the Yosenju player will try to attack for game into your open field and you’ll activate Mirror Force to stave them off for a turn and then Normal Summon 3 or 4 Yosenju and potentially attack for game (especially with the addition of Gagaga Cowboy). Bonus points for it having nice card art.

First, my opinion is that most decks should not run this card in the main deck and most decks shouldn’t even side it, because I don’t know why you instead of Effect Veiler. Artifact Lancea is a hand trap that can be tributed in hand or on field to prevent cards from being banished for the remainder of the turn. This does two things versus Nekroz: it negates Trishula’s effect and it stuns the Nekroz’ players ability to search using graveyard mirrors for a turn. Both are very helpful if you have an aggressive deck that can take advantage of the opponent not searching for a single turn. Other benefits include blowing out Infernoids, negating Farfa, Malebranche of the Burning Abyss, negating Miracle Fusion and stunning Chaos decks that use White and Black Dragon and Black Luster Soldier (aka Denko Dolls).

Reasons why I think you should run this card in the main or side deck:

Why I don’t think you should run it other wise is because there are infinitely better cards you could be running in Lancea’s stead if those criteria cannot be satiated. These include, firstly Effect Veiler which has way more general usage against Burning Abyss and rouge decks and then Imperial Iron Wall which is the same as Lancea but permanent so preferable. unless you’re running Nekroz and siding into Lancea which is honestly awkward because you can’t use your own Valkyrus that turn, and lastly Kycoo the Ghost Destroy. Kycoo is also permanent and also negates Trishula because Trishula is required to banish from the graveyard so if it cannot banish from grave it doesn’t banish anything. Kycoo also gets rid of the opponent graveyard to prevent searching with Mirrors once Kycoo is cleared and also prevents backwards toolboxing using Unicore and Nekroz Cycle.

The ban list is almost upon us. If Konami was to hit Nekroz, what cards would you expect them to hit, and if you don’t think they will, why not? Also, what other cards do you think will get hit on the ban list?