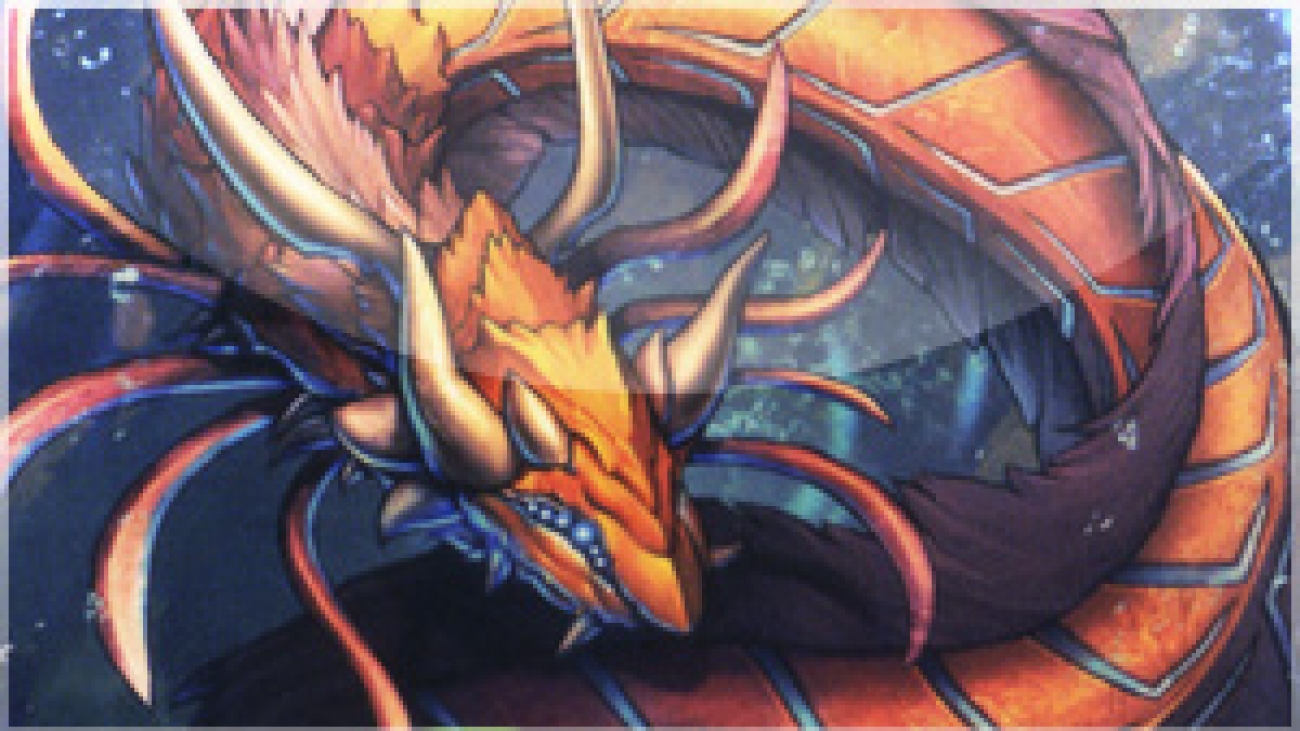 I take a look at an archetype we’re not getting for a long time… ’cause I can!

Burgesstoma is a Korean exclusive archetype much like Kozmos are an exclusive archetype for the TCG. Much like Kozmo, Korea got the Burgesstoma archetype in the back portion of their packs over the past couple sets. The previous Korean exclusive archetype was a strange Elder-thing (think Cthulhu and such) archetype including the likes of the infamous Elder Entity Norden. We haven’t even received all of that archetype yet in the TCG, some of which have been very relevant in Korea and also Japan. With that being said, that means we’re miles away from getting the archetype following the Norden holding archetype if we haven’t even received all of that one yet. That archetype that we aren’t getting in forever is Burgesstoma. So yes, I’m aware that what I’m making this article about is mostly irrelevant, but it’s almost time for the ban list (or at least everyone seems to think so), so I don’t have much to talk about anyways.

Burgesstoma are based on ancient fossil fish like creatures, think Kabuto and Omanyte from Pokemon if you’re familiar. Every card in the archetype, bar the XYZ boss monsters, is a trap card that does something rather menial such as destroying 1 spell or trap, flipping a monster face-down etc. (mostly effects we’ve seen before). In addition all of these traps include the following effect:

When a Trap Card on the field is activated while this card is in your Graveyard (except during the Damage Step): You can Special Summon this card as a Normal Monster (Aqua/WATER/Level 2/ATK 1200/DEF 0). (This card is NOT treated as a Trap Card.) If Summoned this way, this card is unaffected by monster effects, also banish it when it leaves the field.

They essentially all chain menial trap effects together to summon a bunch of vanilla weenies from the graveyard. They also have two very good rank 2 XYZ monsters, one requiring 2 material and the other requiring 3 or more, though after playing with the deck I really see no reason to use more than 3. Where do I begin? Why exactly did I even look or even care about an archetype that us TCG players really have no business caring about considering how unlikely it is to be in the near future? It’s fairly simple. As I typically do, I keep up to date on all cards being released in all facets of the game, which includes Korean exclusive cards. I don’t necessarily do any testing with them, but I in general come to grips with the concepts of new cards and at least try to mildly understand their impacts. In some instances, I’m going through some sort of deck building session and I’ve reached a phase I’ll call the “anything and everything” phase. During this phase I pull out all possible stops in order to make a certain function of a deck work properly. I’ll use any possible and potentially unreasonable set of cards to fulfill a goal, even if it means the deck will always lose after completing the goal. For example I may want to summon a specific monster on my first turn and I’ll go to as obtuse lengths to summon it as banishing it after being milled with Lightsworn cards with a Chaos monster or Soul Release and then attempting to make a Leviair and summon it from being banished, and I’ll optimize my deck to do such a play. This in order to completely understand the difficulty or potential any avenue may have a deck build.
For Burgesstoma, this archetype ended up peering its head as I was in this phase for building Ultra Athlete decks. I was attempting all possible ridiculousness in order to special summon addition U.A. monsters and had entered a phase where I was testing milling (one of the common test sub-phases of the anything and everything phase) in order to revive U.A.s with Rival Rebounder or to see if I could legitimately run Instant Fusion to summon Norden reviving Midfielder and then bounce that Midfielder to hand for another U.A.. In addition, milling made it more likely to get U.A. Penalty Box in the graveyard. This turned my thoughts towards perfect milling Penalty Box, but now that Lavalval Chain was banned I wasn’t sure what else existed. After much searching I found the card Buresstoma Marrella. The trap effect of Marrella was this:

Send 1 Trap Card from your Deck to the Graveyard.

That’s probably the most refined version of my desired effect I could’ve wanted. Not only that but it can act as a monster if I activate a trap card while it’s in the graveyard, giving potential tribute fodder utility when I don’t have access to a Midfielder.

There are quite a few other Burgesstoma each with their own effects. I’ll omit their second effect for each of these:

All extremely simple effects, each also having the second graveyard summoning effect. After running Marrella in U.A. I decided to test a more hefty engine in the deck and ended pouring more and more Burgesstoma into the deck until I decided I should just try a pure Burgesstoma deck, which was loads of fun. You’re given quite a bit of freedom in this archetype, which I think makes it very well designed. The only real requirement the deck has is that you run a lot traps.

Considering the Burgesstoma effects are so simple, they actually have a lot of synergy with a lot of decks. For example, in U.A you have Marrella to send Penalty Box to the graveyard and also have Dinomischus to act as powerful removal by banishing, a discard outlet for Penalty Box and setup for Rival Rebounder, and both have the ability to provide tribute fodder and additional versatility with Rank 2 XYZ. There’s also cardsfor ATK and DEF manipulation which goes well with battle predicated decks, for example Fire Fists or Gladiator Beasts. There’s a Burgesstoma that returns banished cards which could be used with Zombies and perhaps Infernoids, especially since they are all traps meaning they’re skipped by Reasoning and are all normal monster meaning there level isn’t counted for Infernoid’s summoning conditions.

Here’s a handful of decks and the main applications I could think of single Burgesstoma cards:

I saved what I thought to be the best for last, which is Volcanics. Volcanics have completely wild synergy with Buresstoma and I think it’s a completely legitimate deck. Marrella can dump Blaze Accelerator Reload, making Marrella a trap version of Raigeki. Leanchoilia recycles that same Reload for re-use. Dinomischus provides a discard outlet for Volcanic Shell and Reload and is a generally good control card. Both Eldonia and Hallucigenia provide ATK and DEF manipulation to aid both Volcanic Rocket and Royal Firestorm Guards in field control. With Reload, Firestorm Guards and Pikaia the deck draws an extreme mess-load of cards making it very consistent. If you haven’t played around with it before, I highly suggest you test it out. It’s tons of fun and very unique, you’re also allowed to build to deck in just about any way you want letting your deck building muscles flex a little bit with fun ideas.

As always comment in any way you see fit below and I’ll be sure to answer!