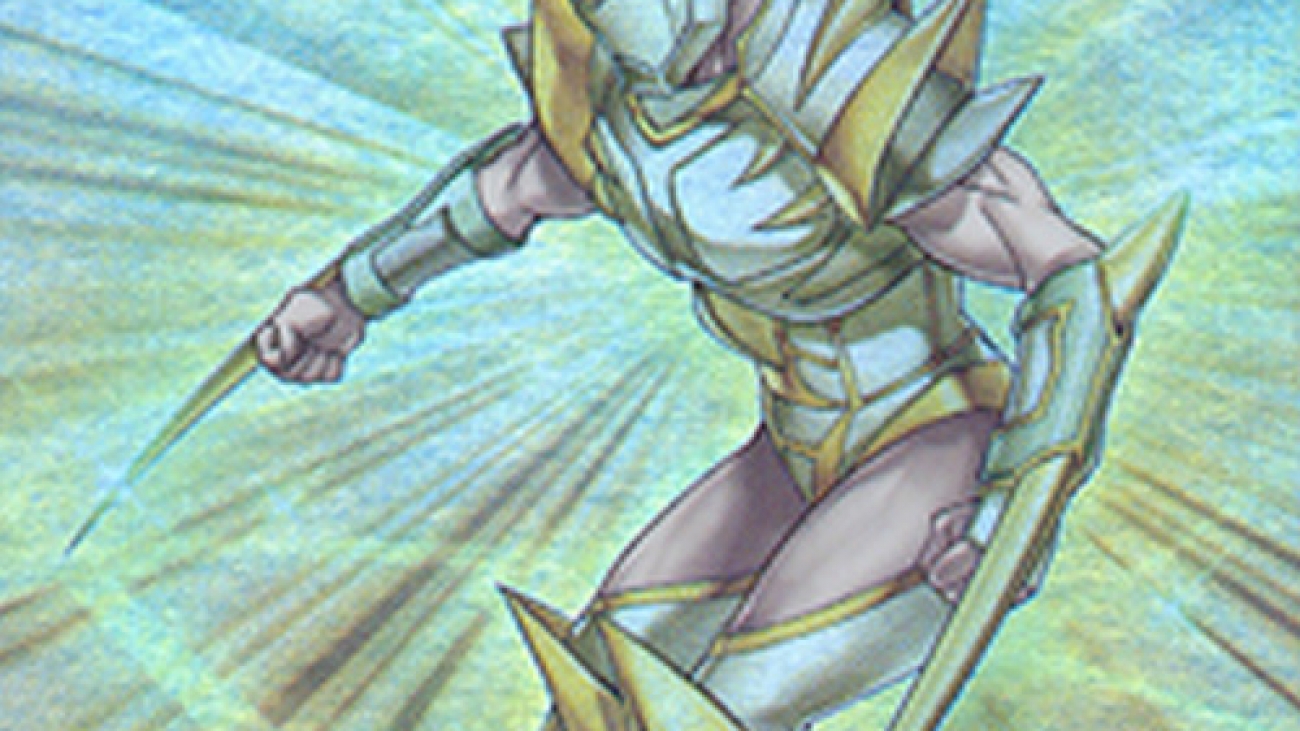 by Matt
with no comment
Single CardWritten by: Matt Must be Special Summoned with “Mask Change” and cannot be Special Summoned by other ways. This card gains 500 ATK for each monster your opponent controls. Once per turn, during either player’s turn: You can banish 1 “HERO” monster from your Graveyard, then target 1 face-up monster on the field; that target loses ATK equal to the ATK of the monster banished to activate this effect.

Koga is a Masked HERO fusion, meaning it cannot be summoned except by using one of the special Mask Change cards.

It boasts pretty average stats, 2500/1800, for a level 8 monster. It tries to mitigate this with its 500+ boost effect for each monster the opponent controls, and I think it will sit at a comfortable 3000 ATK a majority of its life.

Koga’s second effect, the one I find most interesting, is that it can Banish 1 HERO from the Graveyard, during either player’s turn, to reduce the attack of 1 face-up monster by that amount. Here in the TCG, we get the bonus of having this effect be permanent on the opposing monster, while the OCG is stuck with it releasing at the end of the turn.

I think this makes Koga a very fun monster in the HERO arsenal. He can take down virtually anything through combat, since Heros are always finding their large monsters in the graveyard, where they make perfect resources for his effect. The effect isn’t complicated, and is simply supported by the types of HERO monsters you run with him and alongside him, since Koga can use its effect to defend as well as attack.

Elemental Hero Neos Alius brings Gemini support in the form of the other good Quick-Play spell, Gemini Spark, as well as being a sizable attack-reducing resource. Elemental Hero Prisma brings the ability to dump HERO monsters into the graveyard to feed Koga, and Elemental Hero Voltic has the potential to bring back HEROs banished with Koga’s effect, or Elemental Hero The Shining can add those monsters to the hand.

Working alongside Miracle Fusion, Koga helps support Parallel Word Fusion, a card used with somewhat unpredictable success. The Xyz monster Number 103: Ragnazero can also support Koga, since it can destroy a monster whose attack has been modified and draw a card from that destruction.

The downside to Koga is it’s reliance on being good during combat. It gains nothing from being destroyed by effects, like its OMNI counterpart The Shining. And it gains nothing from destroying monsters by battle, which would make it good, like some of the other new Masked Heros.

It also has to target and Banish its monsters as a cost. Targeting, especially monsters, has shown to be a disadvantage, especially when paired with a monster that will only reliably reach the 3000 attack range. And while it is almost guaranteed that you’ll have at least one Hero in your graveyard, there’s no telling what could happen during a game that could make its attack-reduction effect unreliable.

Is Koga worth running? What type of deck could best support it?