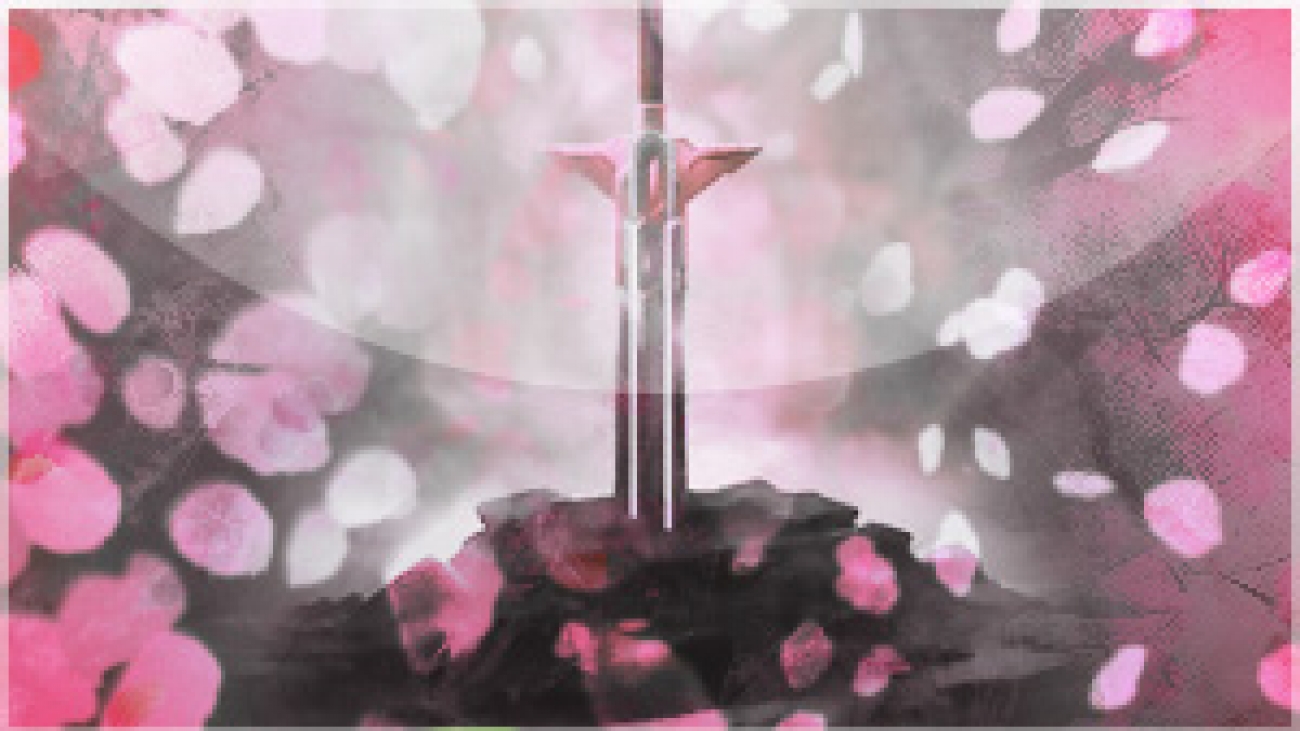 Here’s my take on Noble Knights after a lot of theory and testing.

I’m sure you understand by now, we make a podcast then I test with the deck the podcast is about. We just finished up the Noble Knight podcast so here’s the build I’ve been working with that I’ve found the most success from.

I initially started out from the builds that some people from locals where using and finding relative success with. Which where pretty similar to what I have now except the people from my locals ran zero to one Gwalchavad and 2 Gawayn. They also ran a multitude of trap cards. I ended up hating the overall lack of recovery the deck has when its lock-down combo is broken, so I made this build with the idea of having the strongest top decking potential possible, so that even when the game goes awry, any one card can be ripped to bring you back into the game. That’s my preface, here’s the deck list: If there was only more relevant hand traps for this deck I would run them! If Konami decides to make any new cards for this archetype in Primal Origin that are any good, I surely hope that it’s a relevant hand trap because that would be great. As you can see, there’s almost no traps in this deck, and that’s because in my opinion the deck can’t really afford to be running all that many of them. The reason being the deck tends to clog its back row. Because of this inherent clogging, hand traps make a lot of sense in this deck, specifically Effect Veiler whom pulls a lot more weight than in this deck than most. Thus, I yearn for an exclusive hand trap to Noble Knights.

The ideal game state or “win condition” as people like to refer it (although I’m not fond at all of the phrase), is a Noble Knight monster equipped with both Noble Arms – Excaliburn and Noble Arms of Destiny. This creates a lock down similar to Master Key Beetle plus Safe Zone in that you have a monster that can neither be targeted or destroyed. It’s not nearly as fool proof a combo as the Key Beetle lock though because Destiny only prevents destruction once per turn. That means the opponent can invest two destruction cards into your monster, or attack over it with two monsters. They also are given the option to destroy Excaliburn (because it’s the only Noble Arms that doesn’t re-equip) and then target you Noble Knight.

Once you’ve achieved your desirable game state, the game really begins with this deck. It’s really a matter of understanding the opponent’s options and attempting to control their plays so that they run out of effective ways to break your field. You’d think that with only 3 traps total and 3 Veilers that be tough, but this deck actually has a lot of tricks up its sleeve… or I suppose armor?

If we account for the Veilers and Traps we have 6 defensive cards. Forbidden Lance can count defensively, but its quite difficult to make use out of it in that respect as far as this deck is concerned. It does act more defensively when you open poorly in this deck, meaning in that sense it can be counted towards your defense. Along with the Veilers, we have the notable Honest. I could’ve sworn it would go to two, but I’m glad such a bogus card stayed at one. There’s also the very tricky Gwenhwyrar, Queen of Noble Arms. Gwen takes a lot of getting used to, but once learned she’s a very powerful tool for control when equipped to DARK Noble Knights allowing you to change your opponent’s moves depending on which monsters you equip Gwen to.

Then there is Mystical Space Typhoon; this card has lots of interesting interaction with Noble Knights and should be a standard 3 set in the deck. As per normal, MST clears back row, responds to Continuous cards, the whole shebang. In this deck though it also doubles as an Equip Spell movement device. Since all the Noble Arms Spell Cards, bar Excaliburn, re-equip to a Noble Knight monster when destroyed once per turn, you can use MST to re-situate Equip Spells tactically. This works really nicely with Drystan. If you have Drystan equipped with a Noble Arms (not counting Excaliburn or Gwen of course) If the opponent tries to make plays while you have an MST face-down, you can use MST in the middle of their play to destroy the Equip Spell on Drystan, re-attach it then get Drystan’s effect to destroy a face-up card, effectively intercepting their play. You can also re-situate a copy of Noble Arms – Caliburn in order to boost the attack of a monster over an attack target. With all these possibilities combined with the Traps, Veilers, Honest, Gwen and Lance you actually have a lot more interaction and defensive play than you’d think.

I’ll start off with my Noble Arms line-up. I knew after a short amount of testing that I was going to have to run 3 of at least 1 Noble Arms just so that I’d have it more often. The choice eventually came down to the three that I wanted to most: Destiny, Gwen and Caliburn. I tested out build running variations of each of those and settled on at least two of each of them so that I’d see them more often and three of Destiny because it is the most frequently relevant Noble Arms card. Second would have to go to Gwen because even with multiple copies of it you can keep equipping more of her, the problem with Gwen is she doesn’t re-equip when destroyed, severely hampering you combo effectiveness if you only opened with one Noble Arms card which tends to happen.

In total their’s 10 Noble Arms in the deck. (11 if you count Foolish Burial) You can’t afford to run a lot because most have the clause that you can only control 1 and because have a bunch of equips effectively does nothing, the real motion of the deck comes from the monsters. You also really can’t run much less because you wont see them often enough and if you have no Noble Arms you’re incredibly hard pressed to make plays. The only option when you open no Noble Arms is either to summon Lavalval Chain and send Gwen to the graveyard, Synchro for a Ignoble Knight of High Laundsallyn and use his effect to equip from the deck (my preferred method of attack in this scenario) or to simply wait it out.

I don’t run Gallatin because I just didn’t like it. I was never desiring an attack boost and the attack loss over time is a real bummer. This deck isn’t exactly planning to win in the first few turns, so when you have a Gallatin equipped the attack loss tends to add up quicker than I’d like. Also, having 4 Equip Spells on the field in the form of Gwen, Excaliburn, Destiny and Caliburn clogs my spell and trap zone well enough, so I don’t think I need more Equip Spells.

Noble Knight isn’t a very highly played deck, but if I’d say that if anything 3 Medraut, 3 Borz and 2 Drystan seems pretty standard so I wont explain why those are in the deck. One could potentially run more Drystan if you really like him, but I personally don’t feel the need to run more than 2. Once could also argue the case for only running 1 Drystan. At the very least you should be running him though.

The cards that most people don’t run from what I’ve seen is my Gwalchavad and Gawayn line-up. I had just assumed they where bad because nobody was really using them, but when I tested them they where amazing. They even out bad hands quite nicely and give the deck massive comeback potential. If you have 1 Gawayn and Gwen in the graveyard late game and you top deck a Gwalchavad, you can make a 1 card Artorigus and re-equip you lock down, which is devastating. It’s pretty simple, but here’s how it works:

The other reason I really like Gwalchavad is because he’s the only Noble Knight with the potential to keep giving you free advantage if you protect him. Medraut does a lot when used, be you can only realistically use him once a duel. If the Medraut engine is all that your deck runs, once you’ve used him once your engine is done there and you must rely on protecting you combo. With Gwalchavad you have a lot of late game plays and intermediate plays that allow you to be constantly XYZ summoning in the opponent’s face if you keep him on the field.

Now, accounting for the trap cards. This deck tends to have a lot of spell and trap card zones filled with it’s working correctly and ideally has 3 filled with Equip Spells. That means in the best scenario you have 2 slots to work with. If you consistently set two traps and the opponent does nothing you get locked out of plays because you can’t activate any cards so I almost always set 1 defensive card and leave and open zone so I can make plays later if need be. That doesn’t leave a lot of space for traps. It also doesn’t allow for many continuous traps specifically Fiendish Chain, because if you get a floating Fiendish Chain on your side of the field you could potentially lose because you don’t have enough field space. Thus I decided I could only run Traps that immediately exhaust themselves, which is only really Bottomless and Solemn Warning. Breakthrough Skill is there because I still really wanted effect negation and I don’t like dealing with the resilient type monsters such as Wind-Up Zenmaines and similar cards.

The last card of note is the one Lady of the Lake. I will most likely end up cutting it in the end because the situations to use it rarely arise and drawing it is a real pain. The idea though is that you can Foolish Burial it and do cool stuff, but that is rare. It’s really nice to have it in the graveyard late game when you’re in a pinch, but it’s potentially the fault of this card for the player being in the being in the pinch to begin with.

I’d like to add in a second Breakthrough Skill and at least 1 other relevant trap card, but I’ve yet to really find another trap I’ve liked enough to do that. Maybe a copy of Swords at Dawn would be interesting as the final slot, but I’ve yet to test it in the deck, but in theory it doubles as any Noble Arms when you get into late game.

Feel free to ask me any questions about the deck you may have! I’m full of opinions about Noble Knights and I think the deck has a lot of potential going into the net format, but it certainly isn’t a budget deck if you where looking to play it.

What’s your take on the new Pendulum Monsters and Pendulum Summoning? Do you have any cool or interesting ideas to implement it into a deck? Personally, I’ve been trying to figure out exactly how they want it to work while I’m doing menial tasks at work and I came up with what I think are some pretty good ideas! Next week, if all goes according to plan I’ll try to write an article about a card that I think is really interesting: Odd-Eyes Pendulum Dragon.