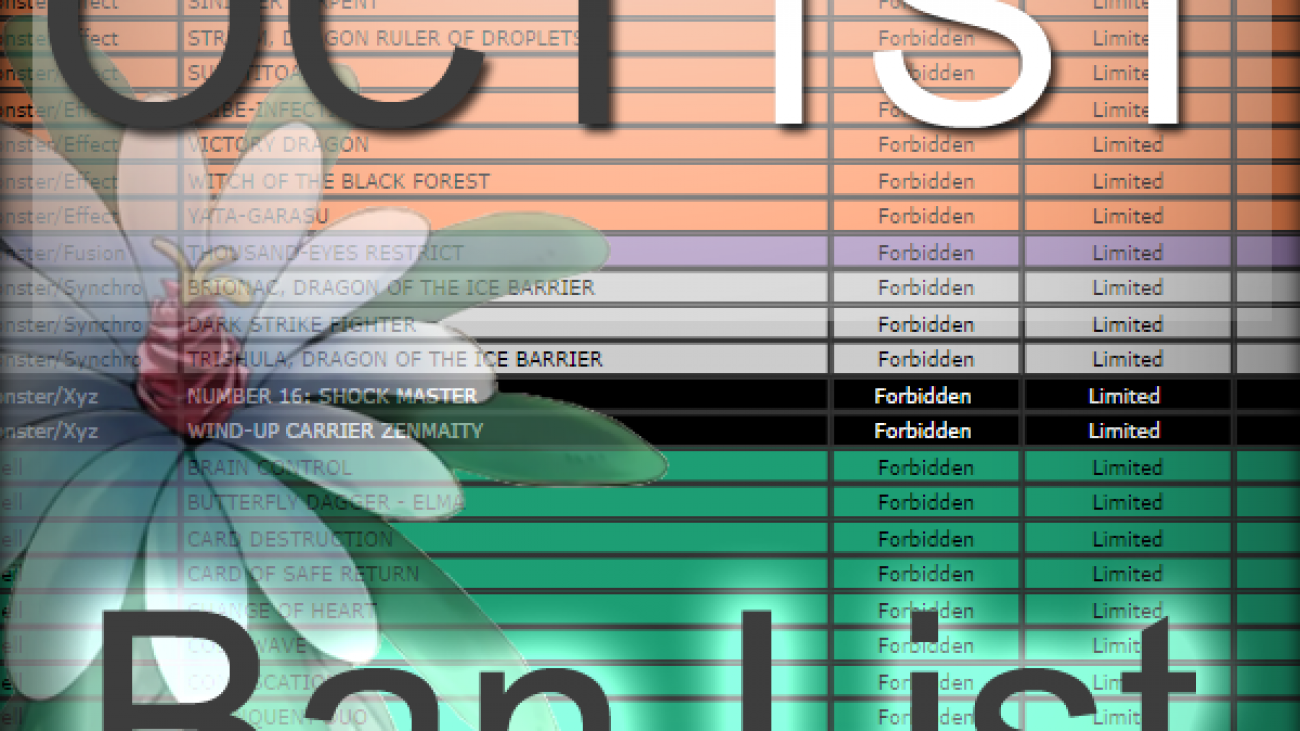 Konami has updated the official site with the new October 2014 ban list, so in order to report the news, I’m going to relay all the new changes on the list to you here:

And there you have it…what do you think?

As you’ll find in our Most Recent Podcast, we discuss the very likely possibility of a bad list, but I think this list is a little reinvigorating.

Glow-Up Bulb being back is great for Lightsworns because now Minerva and Glow-Up great lots of extra Mills and Synchro potential. If it hasn’t been announced already, we’ll probably see a reprint of it somewhere.

Infernity Archfiend being to one makes sense because Konami is probably tired of this deck and the publicity it takes away from their current chase decks. It won worlds, and those decks get hit.

Raigeki is at one because, lets be honest, we can do what ever we want as duelists right now. The current chase decks are full of monsters that replace themselves in some way. Raigeki isn’t necessarily the momentum stopper it used to be, definitely not right now. Is Raigeki gimmiky? Sure. But when Pendulum Summoning is in full force, and decks can more consistently win on turn 2/3, Raigeki might just tickle. Think about that!