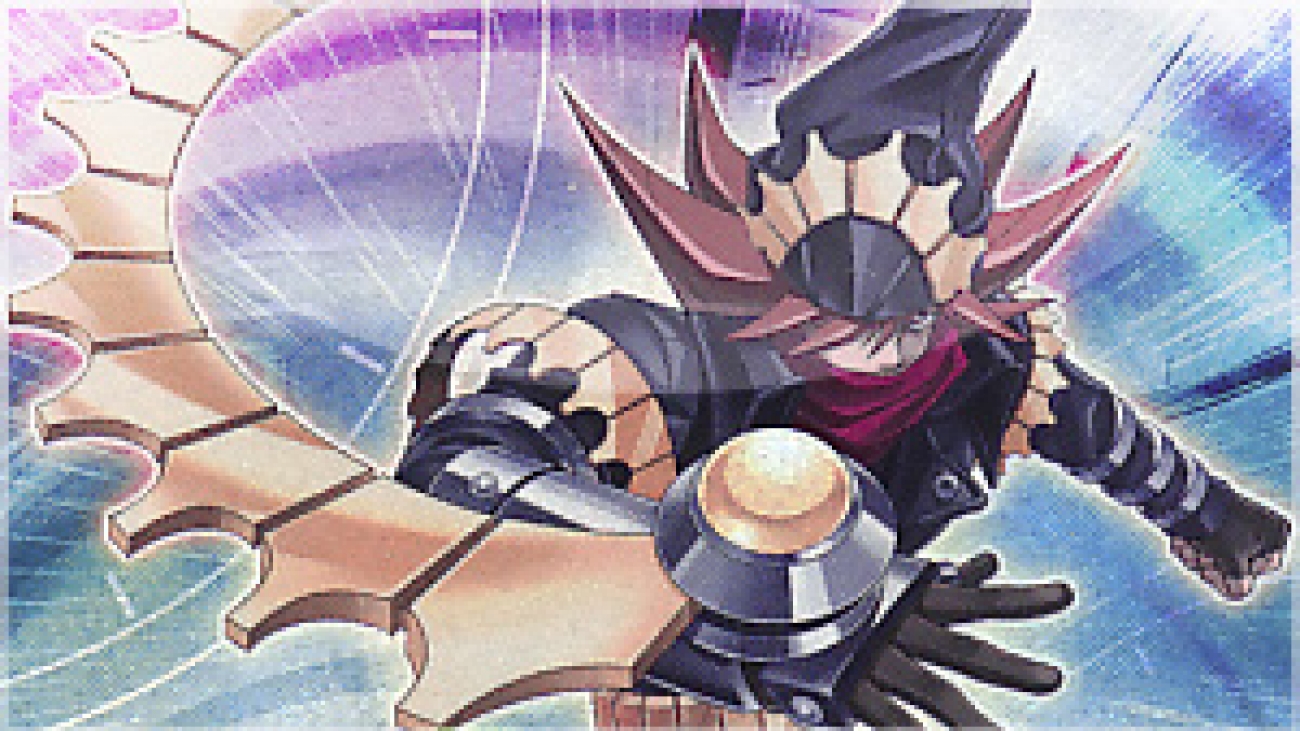 Warning! If you don’t like card spoilers, don’t read any of this article.

Starting later this year with the new Starter Deck for 2014 Konami will be releasing new monsters called “Pendulum Monsters” (that name is technically pending, but seems like it could stick) as well as new game mechanics surrounding them that will inevitably impact the future of the game. I figured, given this imminent change, that I’d take a short moment to discuss this change and some of my thoughts about its functionality as well as how I foresee it working, specifically with a new card from the pack after Primal Origin, The Duelist Advent: Odd-Eyes Pendulum Dragon (name also pending).

First off, I’ll disclose the workings of Pendulum Monsters as regurgitated from the Shriek OCG website in my own words: A picture from a DevPro replay with the new Pendulum Zones.

So, that’s how it works in somewhat-short. Here’s an example of how in most simple practice it would work:

It’s pretty simple, but applying it is rather weird. As of now it seems to heavily neg oneself in order to special summon monsters from the hand, which isn’t very good, and I would agree, but I think this is a misapplication of the new mechanic although a possible application. 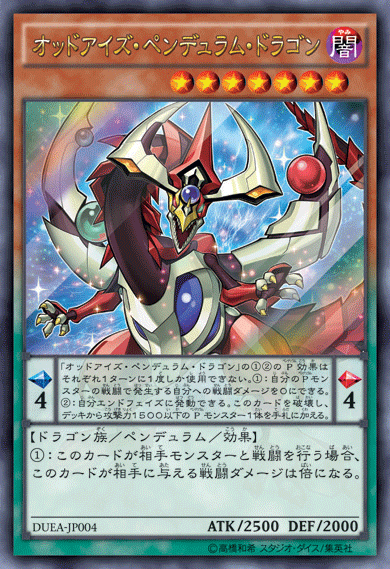 Pendulum Effect:
You can only use each Pendulum Effect of “Odd-Eyes Pendulum Dragon” once per turn. You take no battle damage from battles involving Pendulum Monsters you control. During your End Phase: You can destroy this card, and if you do, add 1 Pendulum Monster with 1500 or less ATK from your Deck to your hand.

Any battle damage your opponent takes from battles involving this card and an opponent’s monster is doubled.

At first glance, my thought was something along the lines of “what’s the point of this card? Both of its effect are pretty underwhelming and it’s a Level 7 with the crappy Dark Magician stats making it hard to summon. And even if I where to invest in Pendulum Summoning it, wouldn’t it be smarter to just Pendulum Summon something that’s more valuable when it hits the field? Maybe something like Darkflare Dragon or like a Bujin Yamato that have desirable effects tat further my deck?” This is a pretty short sited view of this card, but after thinking about it a while while I was at work, I actually realized that this is quite the amazing card!

That’s great an all, Special Summon monsters between 4 and 8, but that’s still no better than what I mentioned before right? It’s actually a little bit better! When you play a Odd-Eyes Pendulum Dragon as a Spell Card you can destroy him during the End Phase to search a Magician of Chronomancy. The interesting thing is though, that when you destroy Odd-Eyes he goes into your Extra Deck. This means if you get another Odd-Eyes Pendulum Dragon you can be summoning the Odd-Eyes from your Extra Deck continuously along with summoning monsters from the hand until the opponent uses card to destroy your Pendulum Monsters being treated as Spells. What’s cool though, is that if the opponent destroys them, they go to the Extra Deck so that if you draw another Pendulum Monster you can start playing even more monsters for free. It’s a escalating process that gets more powerful the later into the game you get.

Let’s amp it up even more! Those combos alone aren’t really enough to make a strategy worth while, it must next be applied to a specific deck that can utilize it most effectively. Odd-Eyes Pendulum Dragon also has another interesting facet to it that brought my eyes towards it. Odd-Eyes is a Level 7 DARK Dragon, this meets the fairly specific condition of the card Eclipse Wyvern. This means you can be searching copies of Odd-Eyes from the deck with Eclipse Wyvern and the Chaos Dragon engine. Odd-Eyes is also a Level 7, making it ideal to work with the Dragon Ruler monsters. The basic idea I had was to use my Lightsworn Dragon Ruler deck as the core, but alter it so it only runs the viable Lightsworns and removes the Judgment Dragons. The bad Lightsworn monsters and the Judgment Dragons would be replaced with Odd-Eyes Pendulum Dragons and Magician of Chronomancys and Magician of Astromancys, probably taking up between 6 to 8 cards for Pendulum Monsters. You would use the Chaos Dragons and milling to quickly cycle to your copies of Odd-Eyes and play them to search for you Magician monsters. The Magicians would then be used to allow you to Pendulum Summon from the pluthera of different leveled monsters Chaos Dragons have to offer and allow more consistent OTKs and more Lightsworn plays past your single Normal Summon (which usually holds Lightsworns back). It’s an interesting idea, we’ll see how it pans out.

How do you feel about Konami adding such a foreign element as Pendulum Summoning to the game? Clearly it’s unlike any other mechanic the game has employed thus far, is that good for the game or maybe a bad decision?