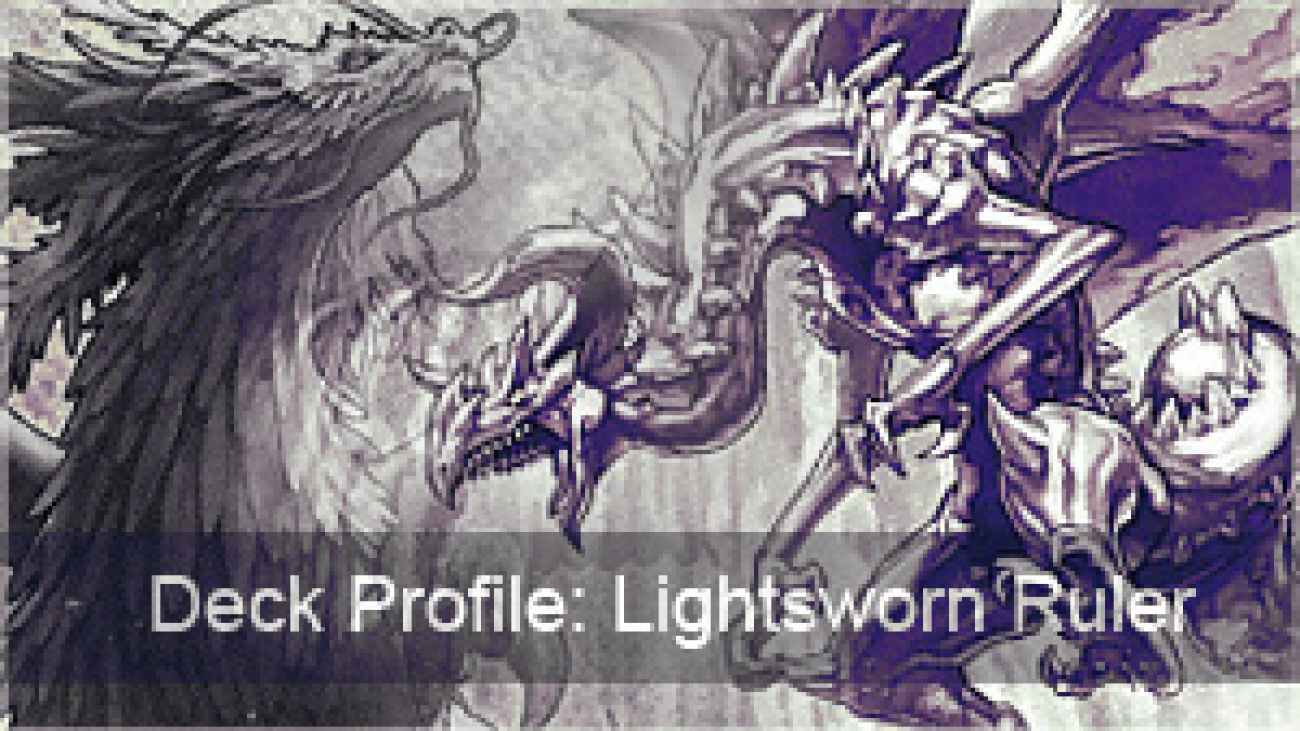 I did say I’d have no article on Monday, but I planned ahead a little and made a deck update.

So,  today all I’ve really got for you is an update on the deck list from last week plus some more explanations based off new card choices and things I’ve learned. Here’s a pic followed by a list once again:

First thing, I ended scrapping any of the extra WATER monsters for generic support. I’ve also taken out Ehrin  because she always ended up being the same as a Card Trooper but worse. I’ve added in Card Troopers for some milling on demand and a third Lumina as well. I also added in a single Blaster, Dragon Ruler of Infernos, which adds loads of versatility just with a single copy. Also, a stray Breakthrough Skill as the final card. The Extra Deck has minor changes and I’ve also added a Side Deck.

The deck still works pretty much the same as last I said, so no need for another explanation than get Judgment Dragons and win. With the changes a couple of play-style differences have occurred as well as a couple new plays. First is the copy of Blaster, which is actually very important even with the one copy. Just like Tidal, he can Banish Eclipse Wyverns (as well as Tidal, Stream, Gragonith, Judgment Dragon and Lavalval Chain) for his summon, meaning he’s effectively the same in that regard. He has more attack which isn’t that huge of a difference and also I run no FIRE monsters meaning I can never pull off his discarding effect from the hand. The main advantage he brings is he can Banish Tidal’s in the graveyard allowing me to search Stream or Tidal from my deck. This makes up for the lack of WATER monsters to discard for Tidal’s effect, which was the reason I added the Atlanteans in the first place. With Blaster I can toolbox extra WATER monsters to my hand for later if I need to use Tidal’s effect to mill for a Celestia next turn or the last Lightsworn for Judgment Dragon. Blaster also allows me to more easily make a Rank 7 XYZ when I’m in a pinch, which is always nice.

One of the most important things I’ve been toying around with is the deck’s ability to win even without using Judgment Dragons. JD is great and all, but sometimes you just don’t get the hand to support it, or worse the opponent summons Evilswarm Ophion or pulls off a Crimson Blader’s effect. I’ve been under similar situations quite a few times and built some plays out of it using just the generic Lightsworn engine.

Most importantly is the Luminas and Wulfs. The only way to make any plays other than a single Normal Summon a turn is with those 2 cards. Wulf is really important because he’s the easiest way to pull off a Celestia which is always a good answer to big problem cards and potentially mills more Wulfs to continue making plays. Lumina allows you to make Rank 3’s using multiples of itself, particularly Leviair the Sea Dragon, because that allows you to answer most situations using a Rank 4 XYZ as well and potentially clear the way for your play using Lyla in the middle of it. Here’s the play:

The play can be remixed a bit too if you have all 3 Luminas in order to summon Temptempo using a Banished Necro Gardna. This allows you to detach a material from Ophion so you can Special Summon big guys again, and recycling Necro Gardnas isn’t bad either.

There’s also simple XYZ plays using Foolish Burial or Tidal’s effect to mill a Wulf and then Normal Summoning a Level 4 to make an XYZ to answer the situation.

If all else fails though you can side into answers to those cards. I decided the Atlanteans make a nice place in the side deck since they aptly answer decks that this deck may have problems with but wont necessarily run into all too often. Skill Drain, Macro Cosmos, Dimensional Fissure and Evilswarm Ophion are all the big no nos the opponent could be running to impede this deck. Skill Drain is more of a Side Deck card right now if anything, but if I where to see it it can easily be dealt with with MST and Atlantean Heavy Infantry. Both those cards can effectively deal with just about any face-up threat an opponent may side into. That is of course barring the 3 horrible evil cards Macro Cosmos and Dimensional Fissure. MST still can deal with those, but Lyla and Ryko can as well, so extra copies of them seemed only natural. Then there’s Ophion who can be dealt with using Ryko, Heavy Infantry, Starliege Palidynamo and Celestia. Heavy Infantry also kills Jowgen the Spiritualist, who’s a dick.

The other cards are kind of filler-ish. Swift Scarecrow is for heavy OTK decks, E-Dragons in particular. Getting OTK’d outright is hard to avoid sometimes if you have poor mills or can’t start milling fast enough, so against those deck Scarecrow makes a lot of sense. There’s also Marksman and Decree for really back-row heavy decks, but I’m not sure if either is completely necessary given the extra Rykos and Lylas in combination with MST.

For those who don’t know how Galaxy-Eyes Tachyon Dragon works, he’s a Rank 8 XYZ requiring 2 Level 8 monsters. He has 3000 ATK and 2500 DEF and is a LIGHT Dragon type monster. Here’s his effect:

Considering the only Level 8 monsters in the deck are Judgment Dragons, why would you summon this? The reason is that Tachyon Dragon acts specifically as a answer to Gorz and Tragoedia. How does it work? When you enter the battle phase with your Tachyon Dragon you use his effect. Then if they activate any effects that resolve, including Gorz and Tragoedia he gets an additional attack and more attack points as well. So, if you’ve activate his effect and the opponent summons a Trag on either Tachyon’s attack or another monster’s attack, Tachyon Dragon will increase to 4000 ATK and be allowed to attack twice, likely once over Trag and once directly. If the opponent does the same with Gorz, Tachyon Dragon will gain 1000 when Gorz is summoned and then 1000 again when Gorz’s effect to summon a Token resolves as well, putting him at 5000 ATK and letting him attack again, likely killing Gorz or the Token. (which Tachyon Dragon will always be stronger than because of his boosting effect) Pretty sweet. He’s also a LIGHT monster so you can honest on the Trag or Gorz so you second attack comes off some ridiculous amount of attack points.

Next is Mermail Abyssgaios. I know Dracossack is very alluring to summon, but always keep in mind Abyssgaios. Since I’m running the WATER Dragon Ruler, Abyssgaios can be summoned with 2 of him. The easiest way to do it is by using Stream discarding to summon a Tidal from the deck, then Banishing that Stream and discarded Dragon to summon Tidal from the Hand or Graveyard.

Abyssgaios is in most cases a better monster than Dracossack, which I find interesting. Abyssgaios is very good against E-Dragons since they pretty much have to destroy it with Blaster’s effect, summon 2 Dracossacks and have the first one be negated and destroy it with the 2nd (in one turn mind you) or any similar play using Scrap Dragon, be running Breakthrough Skill, or Dark Hole (if they run it). Other than that it shuts down a lot their plays. All of their XYZ get negated by it and their Synchros as well. Their monster are all Level 7 so they can’t attack, all very good things for you.

Abyssgaios also works against a lot of other decks, like Inzektors, Fire Fists and under the right circumstances Monarchs and Prophecy. (rarely Prophecy, but it’s almost the same as Dracossack vs. Prophecy)

I really think this deck is very strong, possibly strong enough to compete in this tumultuous meta we have at the moment, which I think says a lot. I highly suggest you check it out for yourself on an online dueling program of choice and play around with your own tech choices. That is all for now, ta-ta!