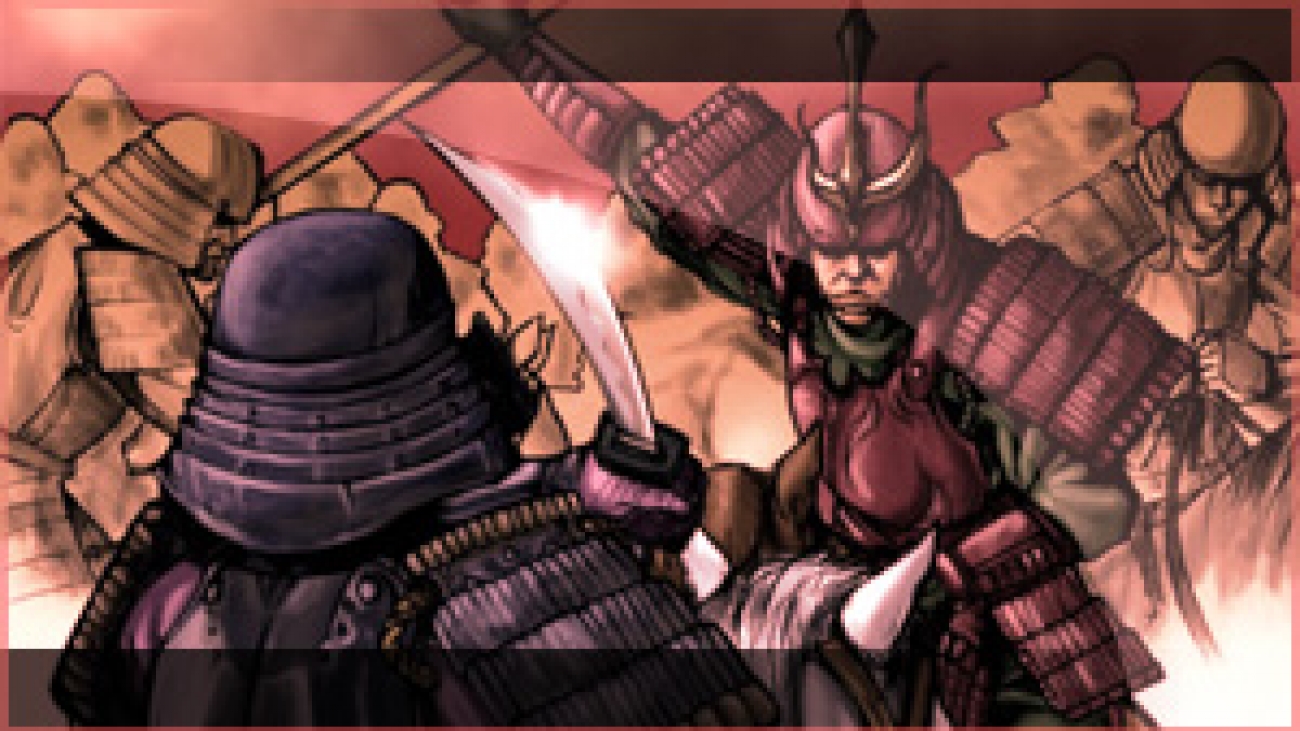 Just back from Regionals, and not that oddly I’ve been busy so I don’t have a whole lot prepared for this weeks article. Normally I wouldn’t like to do a Regionals report for when I don’t do too hot, but I figured I’ll trow in my two cents about some random topics in there to keep it a little more interesting.

So as many of you should already know by now, last Saturday (me writing this article for Monday the 22nd) was the Washington Yu-Gi-Oh! Regional event, and me, Matt and Justen went down to Seattle for it. I ended going 5-4 over the 9 rounds we had. There was 300 some odd people, I’ll just say 350 to make it a clean number, but I honestly wasn’t paying attention. The Nationals invite cut-off was top 48, and I made 100th, which I find rather fun.

Here’s my deck list for the event:
[LINK]
As you can no doubt see, I decided on my HERO deck at the last minute although I was fairly un-confident in it. I was going to run Heraldic Beasts and got it all together but at the last minute I changed my mind because the deck was so unrefined. I packed the Diamond Dire Wolf with the registration packs so I swapped it with my Karbonala Warrior. I was very prepared to play a lot of Mermails, and ironically enough I played no Mermail decks, although I did see them just about everywhere. My friend Seth was running them and he went 6-3 and made 33rd and another kid I know fairly well from my locals named Phoenix (I may have spelled his name wrong, sorry if I did) was also running Mermails and I believe he was 13th. Whatever, I’ll just get into the recap real quick like.

Game 1 LOSE
He opens Triple Shark and kinda of goes nuts, while I open all monsters, none of which are Dark Armed, BLS or Chaos Sorcerer. Safe to it was an easy win for him.

Game 2 WIN
My deck plays pretty normally and I resolve a Return From the Different Dimension. Swag.

Game 3 LOSE
I open all monsters again and he does a Volcasaurus OTK turn 3. yay…

Game 2 WIN
I was watching his mills, this guy runs way to many Spells and Traps for a LS deck. Since his deck doesn’t seem all to scarey I bide my time and make some excessive OTKs.

Game 1 WIN
He doesn’t draw monsters and I attack until I win. He does play super-poly on two of my monsters, which was irksome, but I Bottomless the Fusion, so it didn’t matter that much.

Game 2 LOSE
I could’ve won, but I misplay because I forget that you can’t attack with Thrasher if you have another monster. I end up summoning it, then realizing I should take it back and save it. If I had had it in my hand after he went off, I would’ve been able to make a Rank 4 + The Shining and broken his field. Oh well, at least I learned, even if the hard way,

Game 3 WIN
I open Stratos set Call of the Haunted. He opens Alius set Judgement and Lance, and attack Stratos. I go Puppet Plant his Alius immediately in case he has Spark face-down so he’ll waste it, but he doesn’t have it. Then I summon Diamond Dude, then Call on Stratos. He thinks about Solemn J-ing it, but doesn’t then I use Stratos to destroy Spells and Traps, and I’m pretty sure he didn’t expect that. Then I attack with all and make a Shock Master. Pretty smooth sailing after that.

This guy was really cool, we chatted and had some fun while dueling. I felt it was some good duels fo sho.

Game 1 WIN
I grind his S/Ts to dust then do Dark Armed + BLS + Excalibur. gg.

Game 2 LOSE
He sides into Dino-Rabbit w/D-Fissures siding out all his Wind-Up stuff. It really didn’t affect my siding since I sided in 2 MSTs, 2 Torrentials and 2 Skill Drains. Of course, like any cool kid who sides in Dino-Rabbit, he opens with Rabbit into Laggia and D-Fissure. It didn’t matter though because I open Cyber Dragon and 5 Traps, two of which where Skill Drain and Compulsory which make quick work of Laggia. We both end up trading traps with monster for nearly forever because I can’t draw monsters and I eventually just lose because I don’t have monsters. Curse you Cyber 5 Trap hand!

Game 3 LOSE
Really close game. Naturally he opens Rabbit again. I lose in the very end because I leave a Maestroke in attack mode when I have 500 left and I didn’t really need to. He had a face-down (which I surmised was a Snowman) a no material Laggia and a Guiaba and 1 Trap (I don’t remember what it ended up being) I summon Maestroke and The Shining using all my remaining cards and kill Laggia with the Shining and Guiaba with Maestroke. (I used Maestroke because I didn’t want his face-down to be Lance or Mirror Force and I get derped) Next turn he draws Banisher of the Radiance and flips Snowman killing the Shining and summons Banisher makes Leviair gets back his Rabbit and makes Dolkka and attacks over Maestroke for exact game. He could’ve just as easily Cowboy’d or Corn’d for game too I suppose, so I couldn’t really get out of that one.

That makes me lose to Wind-Ups twice 🙁

Game 1 LOSE
I get promptly poo-ed on after I open Zombyra, Instant Fusion, Miracle Fusion, Lance, D-Prison and something I don’t remember, but not something useful. He pro set Heavys me. Sad day. He also books Zombyra after I Instant Fusion, double sad day.

Game 2 LOSE
This game went on for ages. I got him down to 1200 in the end and he was practically out of monsters in his deck. I had to make some really bad plays to get my cards live since I didn’t seem to want to get any E-HERO cards. I remember Tribute summoning Cyber Dragon over Blackship of Corn that had Darkfire Dragon and Diamond Dude under it to make Dark Armed live and it got Book of Mooned, then I summoned BLS it gets warning-ed and then I banish the BLS and one of the darks for Chaos Sorcerer and that finally goes through so he has barely any Spells and Traps left and that so I can kill his Volcasaurus under the Messenger of Peace he has up. After that he Dark Holes and I flounder until I die.

There’s a point in the middle of game two that I realized I could’ve taken the game back using Diamond Dire Wolf, but I didn’t think about it during the game since I’m so unfamiliar with using the card. I was just submitting to his Messenger of Peace for 2 turns while I had some level 4’s on board and didn’t even think of it.

In game 1 I realize I’m not running a Book of Moon in my deck, and I haven’t been for a while. Normally it’s a card I swear by so I don’t know I’ve neglected it. I’ll probably do an article about Book in the current format next week.

2-3
Round 6 vs. Kanaphama (Karakuri OTK, sorry if I spelled your name wrong)

This was the match-up I was waiting for all day. Machine Deck, face my wrath!

Game 1 LOSE
There’s some small jostling at the beginning but then he just outright OTKs me in one foul swoop since I open with shallow protection cards.

Game 2 WIN
I sided, and my deck derps anything running Machines with my side deck. I Warning once for my only LP damage which causes him to force suicide the level 2 guy into one of my monsters.

Game 1 WIN
He opens pretty poorly and just has to defend himself with sub-optimal monsters until I attack for inevitable game.

4-3
Round 8 vs Yung Suns (Fire Fist, I think I spelled his name wrong, I wrote it pretty sloppily)

So, this round was kind of disappointing. I had to run to my car because the parking was going to expire. Due to bad traffic and how far I parked I ended up getting a game loss so I had to win 2 straight in order to get the win.

Game 2 LOSE
I open pretty dang bad, but my deck is really good against Fire Fist so I’m able to duke it out for a long while but eventually lose to drawing poorly 3 turns in a row. I have Pot of Avarice in hand very late game and exactly 5 monsters in grave and draw into Miracle Fusion. I really need more cards to get back into the game so I want to play Pot, but all my HERO monsters except 1 Prisma are banished and I can only get them back with this Miracle Fusion or topping a Tour Guide. The game might of been completely different either way, but I chose the Miracle since it’s more definite. He Fiendish Chains it. I proceed to draw Allure of Darkness and then ROTA with no Warriors left in the deck and he uses Bear to kill The Shining and attack for game.

Kind of a rough loss since it killed my chances of topping and there wasn’t a whole lot I could do about it. Possibly top or pay a huge fine? Your choice.

This guy had already given up so he was just trying to have some fun thus he didn’t take this duel too seriously.

Game 1 LOSE
Somehow this happens to me a lot, but he randomly Solemn Judgements my E-Emergency Call and I have no other monsters in hand… that either makes him a genius or the luckiest man alive. He slowly beats my down as I draw no monsters and Reborn and both my Call of the Haunteds.

Game 2 WIN
He “Blind Sides” which means you shuffle you side into your deck and randomly deal 15 cards back out. As I said earlier, my deck is already really good versus Fire Fist and he Blind Sides so it’s a pretty easy win.

So, over the course of the day I learned a couple things. I want more Traps, Wind-Ups is apparently an issue for my deck (although every game I didn’t open “the bads” was very close against Wind-Ups) Pot of Avarice is a hater as InTheFlesh said it probably would be. Skill Drain was no beuno. Dark Armed likes to be in my bad hands. Solemn Judgement is bad against almost everything. Last but certainly not least, why am I not running Book of Moon?

With all that in mind, these are the changes I came up with:

T-Kings help against Wind-Ups, and instead of opening Zombyra and Dark Armed with traps I’ll be happy opening T-King plus traps. This also make Honest plausible again, and I love Honest + BLS. Book because it’s essentially a more versatile copy of Solemn Warning. More on that next week. Thanks for reading!