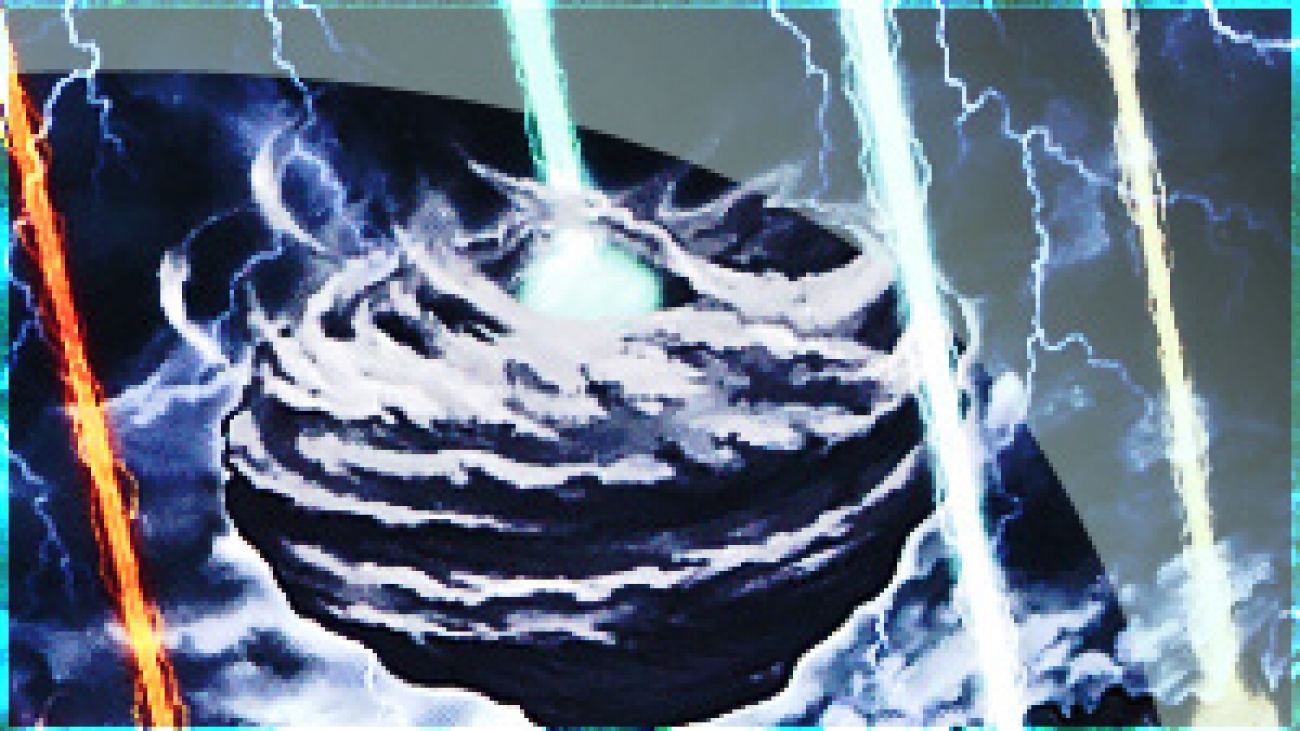 There’s lots of commotion surrounding the Dragon Ruler deck released with Lord of the Tachyon Galaxy, but there’s more decks than just the pure build that have gotten good. Here’s just a little look into some decks that I thought where good that implemented them as new tech.

The first deck is probably the least surprising, at least to me. The new Dragunity seems to be “stirring” about in the Yu-Gi-Oh! populous and I hear about it a lot amongst the random chatter at my locals. If ever there was a WIND deck that used Dragon monsters, this would be it! Thusly the deck makes a great home for Tempest, Dragon Ruler of Storms.

Tempest probably has the most synergy with Dragunity’s than do any of the other Dragon Rulers with other elemental decks. He boasts the ability to use all 3 of his effects to great end with Dragunity’s, which is great for them. He can search any Dragon from the deck, namely Red Eyes Darkness Metal Dragon, Dragunity Mystletainn and even Dragunity Phalanx so you can pitch it with Dragon Ravine. Also, considering Dragunity Decks run a whole bunch of WIND Dragon type monsters, Tempest’s banish to search effect comes in handy quite a lot. Used in combination with the new tech cards Gold Sarcophagus and Garuda the Wind Spirit the deck can afford to run less copies of important WIND Dragons since they can easily be searched when Tempest gets banished. This ads layers and layers of combo potential to the already combo laden deck which gives Dragunity Decks a lot of versatility in the plays they’re allowed to make giving them the boost they really needed to get back into the meta.

How does it work? Well, in a lot of ways! If you’re unfamiliar with the Dragunity Combos using Hieratic Dragon King of Atum follow this link [HERE] and [HERE] to get a little bit more understanding. Using these new tools a couple new combos are added. Using Dragunity Knight – Gae Dearg you can now swap copies of Tempest in hand for a Garuda from the deck and then proceed to banish the in grave Tempest to summon Garuda. When banished, you can search Mystletainn from the deck and continue your combos hopefully towards an OTK. Garuda the Wind Spirit also has the added bonus of being a Winged Beast monster, which means it’s a viable Synchro Material for Dragunity Knight – Vajrayana and Gae Dearg. A basic implementation of that facet would be to summon Vajrayana (probably the standard way, with Dragunity Dux and Phalanx) and then use it to summon the Phalanx again. Then you can proceed to banish the Dux for Garuda and Synchro with the Phalanx to summon either Vajrayana again or a Gae Dearg, depending on what other cards you have.

This was actually one of the last places I expected to see support coming, but with a little clever thinking in the OCG some very powerful adaptions where made to this deck. You’d think the deck has no business running the formerly called Elemental Dragons simply because the deck is devoid of monster with elemental attributes, since all the Hieratic monsters are LIGHT. This of course is absolutely true. There is one exception to this though and it’s the key: Luster Dragon #2.

Luster Dragon #2 is the Normal Level 6 Dragon the deck typically runs along side a copy of Wattail Dragon. This was initially done to evade the chances of their entire strategy being nullified due to side decked copy of Chain Disappearance banishing all the player’s Normal Monsters. I’m pretty sure that’s never happened to anyone, but it became a sort of taboo so no one ever really thinks of messing with that factor. But, Luster Dragon #2 is a WIND monster and we now have a reason to mess with the taboo: we want more WIND monsters in this deck! This means we can fit in Tempest to this deck as well, although it’s not nearly as stunning as in Dragunity it’s still a fantastic revelation for whoever made it.

For one not so caught up on Hieratics, what does this bring to the deck? First off, an added consistency. The deck only has two copies of Hieratic Seal of Convocation still, so any amount of searching helps. With Tempest the deck is allowed to search out key combo pieces, either the Hieratic monster they need or possible Red Eyes Darkness Metal Dragon, in order to make their big play. It also adds a little extra edge to the decks OTK factor. Although when thinking about the Dragon Ruler monsters separate from their pure deck you don’t think about it much, (at least I don’t) but you can also banish any Dragon monster for their summoning effect as well, and since all the Hieratic monsters are Dragons it’s really easy to summon. So I guess if you’re shy a couple thousand damage from OTKing the opponent you can just plop out a copy of Tempest and finish the job. Lastly, the makes the tech copy of Koa’ki Meiru Drago that Paul Cooper introduced to us all the more viable.

My other thought was that you wont have enough WIND monsters to discard with just the Luster Dragons, but when you think about it you can always discard another copy of Tempest to search your deck too, making the deck have 5 WIND monsters and potentially 6 if you run Drago.

I’m not to fond of Lavals, or any deck for that matter that puts all its eggs in one basket like this deck does. You might as well call this deck “The Rekindling Deck”. That aside this deck has become a new force to be reckoned with with all the new support it just gained. Finally we have Molten Conduction Field legally meaning you can perform the decks business all the more consistently, but it also gained Blaster, Dragon Ruler of Infernos. Blaster pretty much nicely wraps up any weakness this deck may have had, and I’ll explain why.

The first thing this brings is more Level 7 monsters, which we all know are the best thing since sliced bread. Lavals have had a lot of power when it comes to Level 7’s because of Laval Cannon and Lakeside Lady as well as just making Synchros with Rekindling. Now with Blaster, 7’s are so consistent they can run Number 11: Big Eye and Phantom Beast Plane Dracossack, which gives them even more gross OTKs and potential control and lock down gaming. Not to mention that Blaster really combos well with Cannon. In the past smart players would stop setting cards so that a Laval player couldn’t use Lakeside Lady’s effect, which would nullify Cannon forcing a Laval player to rely on Rekindling alone. Now you can manually banish monster with Blaster to make much more accurate Synchro and XYZ plays, which is pretty sweet.

Blaster also adds to the power of Gold Sarcophagus. The deck sometimes ran it as a slow way to get to their copies of Rekindling, but now it’s almost mandatory. You can use it to search out your copies of Blaster to keep control of the game with his destruction effect or beat them down with his massive attack stat while setting up cannon plays. Not to mention he can help load the graveyard with dead Cannoneers and Lakeside Ladies you may have happened to draw.

Lastly it brings a huge amount of control to the deck for when the deck is in “waiting mode”. A lot of the games you play with Lavals you don’t immediately go off and have to suffer through a lot of turns where all you do is wait. You would run Swift Scarecrow or Battle Fader to keep the opponent from OTKing and to aid in summoning Shooting Quasar Dragon. Now you can play a control game using Cannon and Blaster by pummeling the opponent with Level 7 Synchros and Rank 7 XYZ along side Blasters destruction effect to keep the opponent at bay. In combination you can destroy monster with Blaster and Spells and Traps with Lakeside Lady giving you a lot of control over your opponent’s board.

This deck, simply put, is just plain nuts. In my opinion Redox, Dragon Ruler of Boulders is by far the strongest of the Dragon Ruler monsters. Not to mention he also has the strongest baby dragon: Reactan, Dragon Ruler of Pebbles. Both of which are no slouch when it comes to these two Machine archetypes. Redox simply is a recoverable Monster Reborn and that comes in handy in Gadgets especially since all the Gadget monsters get their effect even when Special Summoned. It becomes very easy with this to get 2 Gadgets on board to make Gear Gigant X or any other Rank 4 allowing the deck to move much faster. It also works well in tandem with Machina Fortress since both Fortress and Redox are both Level 7 you’re allowed some pretty easy Rank 7 XYZ, which where already pretty easy to begin with as far as Machinas are concerned. Somehow this adds consistency to a deck that boasted the title of the most consistent deck.

As far as Karakuri goes it’s pretty much the same: Special Summon extra machines to make big Synchros really easy and REALLY fast. Also, added Level 7 support to go along with your Bureis so you can stink up the place with your multiple copies of Big Eye. Rank 7’s are also especially important here because of Dracossack. Dracossack by himself is already very strong  but it’s important to note that the tokens it summons are Machine monster meaning they can be used to Synchro Summon either of the the Karakuri Synchro Monsters, which can turn 2 Bureis into a Dracossack, a Bureido and any Karakuri of choice if you run Karakuri Barrel. I don’t know all the ins and outs of this deck though so I don’t want to say too much else.

This deck is actually a new deck that was brought on by Tidal, Dragon Ruler of Waterfalls. I wont say it’s the best thing ever, but I still think it’s very cool and has a lot of potential. This is a Monster Mash deck that runs only WATER attribute monsters giving it the name “Mono-WATER” or “WATER Mash”.

First off, why run no Spells and Traps? The reason behind this is the monster Fishborg Planter, one of the deck’s cornerstones. You can mill a card off the top of the deck while it’s in the graveyard and if it’s a WATER monster you can Special Summon it, if not it can’t use its effect ever again unless you remove it from grave and put it back somehow. In order to increase the odds of its effect going off, the makers of this deck opted to run all WATER monsters so the odds are 100%. What does Fishborg Planter give us that’s desirable enough to build a deck around it? It’s Level 2 WATER and a Fish; it has abysmal stats: 200/200. It’s only got 2 things going for it: it makes really easy Rank 2 XYZ and its able to be tributed to summon Poseidra, the Atlantean Dragon. Yes, that card we all forgot about from the Atlantean Structure deck. Poseidra is one of the keys to the deck and so are the Atlantean monsters.

There’s a whole slew of other logical cards that can be added into the mix too: Frog Monsters, Slushy, Mermails, Moulin Glacia and Penguins even. I’m pretty excited about the deck and I’ll definitely be trying it out since Frogs are kinda my thing.