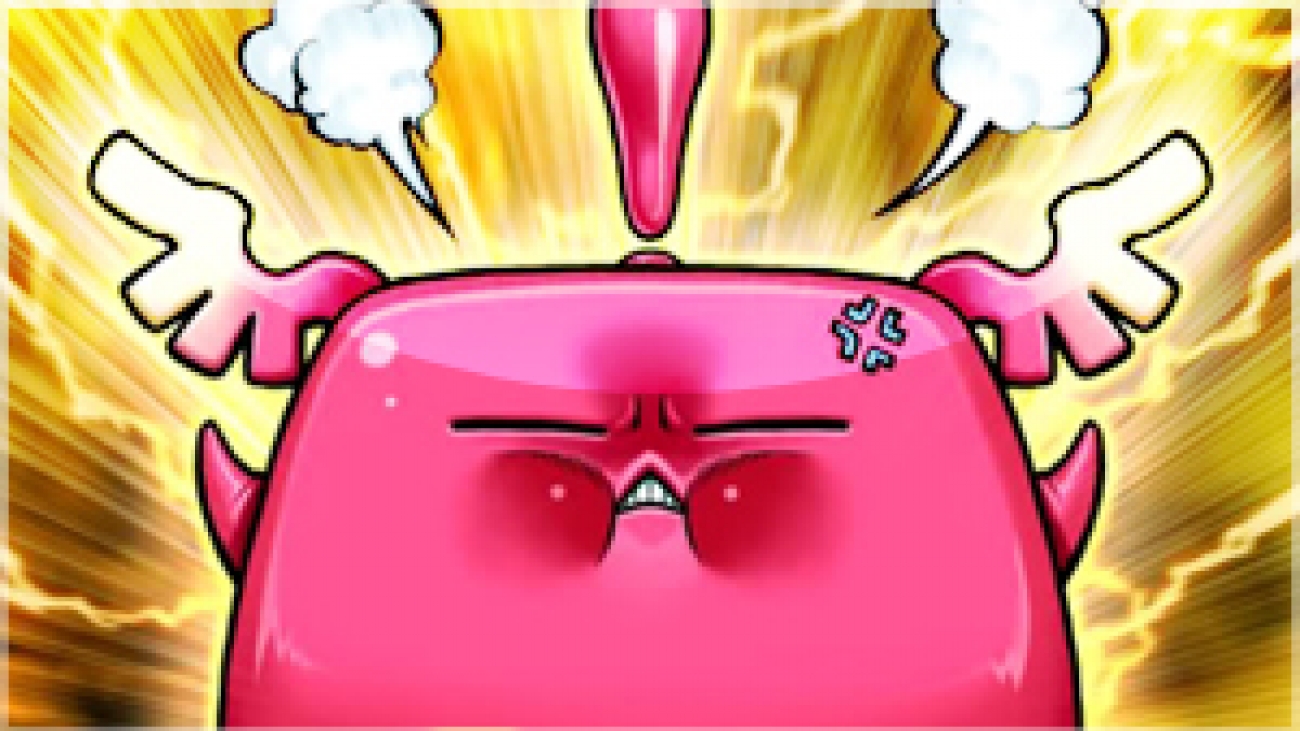 by Kyle
with 2 comments
Uncategorized

Because I have nothing else to write about this week, for your reading pleasure: 10 cards I’m tired of seeing.

I really have nothing to write about this week, or for that matter much to write about until the next ban list. At which point I hope to never have to play against this terrible meta again, but I would be kidding myself considering how few reasons Konami has to hit the big three and considering how new they are. On top of that, of the three, Shaddolls is oldest, so most likely to get hit, but at the same time the one I have the least problems with. My only real gripe with that deck is that Shaddoll Fusion is a really stupid meta-constricting card, which I guess I’ll get into on this list.

Why did this list arise unto article-dom? In short, I have really hated most of these cards all along and due to my lack of things to write about I decided to write about it. In long, I have been dueling a lot more on DevPro lately and the frequency with which I randomly lose or get frustrated or whathaveyou related to these cards has caused me to become frustrated quite frequently. As such, my hatred for these cards has really come to the forefront of my mind, though I’ve really disliked them all along anyways.

Either way, in no particular order: 10 cards I’m tired of seeing, and why: Much like a lot of the other card on this list, Black Luster Soldier is limited to one. One of my biggest gripes about how Konami bans things is that they leave things legal just because they don’t form something game breaking. Cards like that just get limited to one instead. The problem with this is that a lot of cards are still completely ridiculous when used and putting them at one has no effect on their potency. This is the clear case with Black Luster Soldier. The card is still completely absurd when drawn and can pretty much guarantee OTK scenarios with a mildly good hand. It’s summoning condition is a joke, it’s power is too much, and when you’re opponent top decks it while they’re losing and wins you’re salty. In the same vein as Black Luster Soldier, there is Soul Charge. I feel like I’m not alone in being in a scenario thinking “I win unless they have Soul Charge…” and then they have it and they win instead. All this card does is invalidate any kind of defense an opponent puts up to defend themselves. They activate all of their cards to stop the legitimate portions of a deck just to have the opponent play Soul Charge and literally have a redo on their entire turn, which the opponent obviously can’t stop because they already used all of their defensive options. Also, just like Black Luster Soldier, this card is limited to 1 and there’s no functional ways to search it, meaning it increases the inherent randomness of the card. What I mean by that is that literally every time someone plays Soul Charge and wins it’s based on luck because the card is at 1. They were lucky and drew it and invalidated the duel you were having. You can’t plan to draw this card unless you’re stacking, so it’s highly luck basesd. Yay… This card used to be pretty tame in the time of the Elemental HEROs. Yes, it was an answer to all monsters, but it was a very hefty negative play for the HERO player, resulting in a lot of lost cards generally for a not so great monster unless you where blessed to be playing against a LIGHT attribute based deck. Now, advantage is pretty much meaningless and we have an omni fusion deck that runs fusion material that plus when fusioned with, making this card quite overpowered, as you should already know if you played against Shaddolls before this most recent ban list. Even at one though, this card still poses a massive and unfair threat. I know from personal experience, when running Shaddolls, when you draw your one copy of Super-Polymerization you almost always win the game. The card provides massive advantage for the deck, completely disrupts the opponent in a way they can’t respond to, creates easy OTK scenarios, and is limited to one making it really sacky. While the first three are pretty common in terms of cards people don’t like, I think I’m a little more alone on this one, but I’ve been preaching for this card’s banning for a long time now. Solemn Warning is a really good card, we all know that, but why do I hate it? It’s quite simple, this card makes going first too good. If you aren’t running some kind of bad deck, going first and setting this card almost assures victory and there’s nothing short of blind MST that can stop it. I have lost a significant amount of games to my opponent going first, making a reasonable setup then setting Solemn Warning and some other cards. The opponent has put a significant threat onto the field, so as the opponent of that you really have no choice but to try and deal with their field or be overwhelmed on their next turn, so in essence you’re forced to make plays from the get go. If they have Warning you simply cannot make plays, which is really unfair, there was no reason to even have the duel to begin with because it was over before you even played. If I where to compare Solemn Warning to another card I would compare it to Trap Dustshoot. For the exact same reasons as Solemn Warning I dislike Bottomless Trap Hole. It’s not nearly as ridiculous as Solemn Warning, but it has additional power benefits due to the Traptrix monsters meaning you can open with it more consistently, it’s like a less potent but more consistent Solemn Warning. There are some options for dealing with it going second, but they involve running cards that are bad in fast formats like Forbidden Lance or worse My Body as a Shield, which would literally only protect you from Bottomless Trap Hole in this current format. I would similarly like to see this card banned, but I think that’s very unlikely. If anything I’d really like this card to stay at 1 forever and never come back to 2 because as soon as it’s at 2, then going second will be a joke. Talk about instant win cards that really don’t need to exist. We all know this card isn’t fair at all, and the only reason it’s sticking around is because it’s not relevant in any of the meta decks. This is another thing I think is a bad technique that Konami uses for the ban list, not hitting cards that aren’t relevant. We all know this card isn’t fair ever, so I don’t know why they keep this card around. If the opponent resolves this on you, you might as well scoop the game up. If a card like this exists, I think that’s precedent enough for it being banned. You may notice that Macro Cosmos is on this list, but not Dimensional Fissure, and there’s a reason for that. The reason is that Macro Cosmos is infinitely better. I’d go as far to say I would take Dimensional Fissure back to 3 if it meant banning Macro Cosmos. My reasoning for disliking this card so much is this: if Konami is going to create a game that’s heavily reliant on monsters and the graveyard, then they shouldn’t have cards that completely blow-out the functionality of the game. Second, it’s chainable, so it can completely destroy the opponent when chained making it better than Dimensional Fissure in that respect (which is a huge deal). This card, of all the cards, though is more of a personal gripe than a legitimate thought like the other cards are. I’m sure it’s a frustration for any Lightsworn player. Now it’s time for the final three cards, cards that I think are bad for the game. These three cards are dysfunctional and deteriorate the game as a whole and really limit how the game is played. You’ve heard me say it on the podcast many times, but I passionately hate the card Skill Drain. Yu-Gi-Oh! is a game about monsters and negating the effects of monsters is like negating the function of the game. It also almost completely eliminates certain play styles, like decks with mostly monsters, or at the very least makes it difficult for them to play. My biggest problem though is that the card’s own effect heavily limits the ways you can counter it. Bar a very limited number of monsters, Skill Drain can only be stopped by spells and traps because it negates monsters effects (duh), and of the spells and traps to counter it there are very few that could be considered competitively viable. People can tell me to run Dust Tornado or Twister all they want when I complain about Skill Drain, but those cards are bad, and siding into them plus MST just makes your deck inconsistent and lose anyways unless you get lucky, so I don’t think that’s a legitimate response. That’s basically what Skill Drain boils the game down to, luck. It changes the game from a duel into, did you draw the out or not? And then, if you drew the out, did I draw the out to your out or another Skill Drain to counter that? In my opinion it’s just a degenerate loop that we should be rid of.

On top of all that nonsense, Pendulum monsters make this card really degenerate, and not just Qliphorts, all Pendulum monsters. Just due to the game mechanics of Pendulum monsters being infinite floaters (which is just a bad design in general), they can always be slapped together with Skill Drain with very small negative side effects. As long as you run a Pendulum monster with reasonable ATK, then the game completely deteriorates. As I stated at the beginning of the article, this is a terribly designed card with a highly meta-constricting effect. The card might as well read, if your deck uses the Extra Deck and it’s not the most broken piece of Yu-Gi-Oh! ever in your Extra Deck, then you can’t use that deck. It punishes players for doing what their deck needs to do, and it punishes so heavily that it makes a ton of decks unusable. In tandem with the fact that Konami is designing decks to use the Extra Deck makes this illogical. On top of that, the card is a legitimate and good card even outside of that part of the effect, making the from-the-deck absurdity completely unnecessary. If I could do so, I would just have this card banned and let Shaddolls use their new quick play fusion and the equip fusion from the next set instead and it would barely affect the deck, but would also allow a ton more decks to be playable competitively, which is good right? Or am I missing something? I ask you, do I even need to say why this card is bad for the game? The existence of this card literally just removes decks from the pool of viable decks in Yu-Gi-Oh! and it’s not even an interesting deck. It’s such a stupid card that I don’t even want to talk about it.

What’s a card that you really hate or think is incredibly unfair, and why? Comment below.