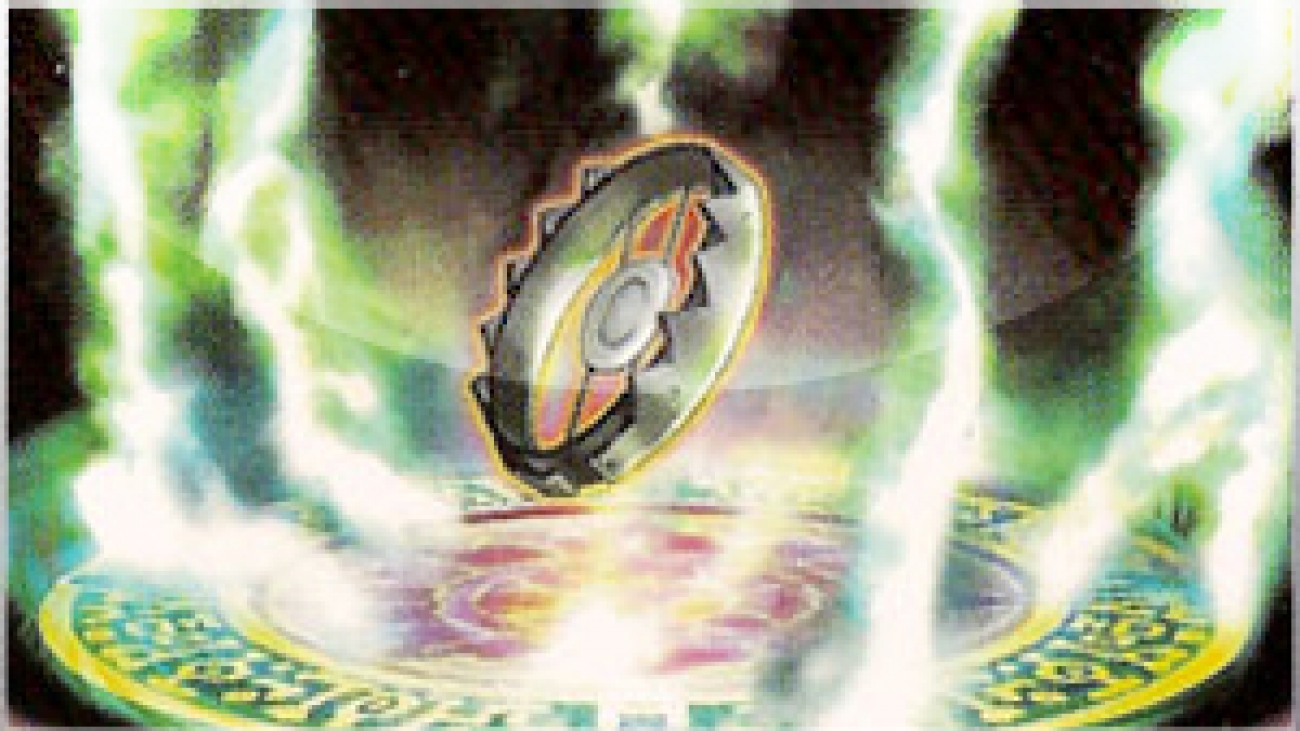 Join on my adventure to find a suitable trap line-up for the current meta that beats Kozmos.

Initially, I was going to make an article about Quaking Mirror Force, but instead I decided to widen my lens a little bit and talk about deck building as a whole. The story begins with me wanting to run one of my favorite decks of all time: Shaddolls. Shaddolls were decimated on the last ban list, banning El Shaddoll Construct and limiting both El Shaddoll Fusion and Mathematician. Now being the Shaddoll enthusiast I am I never really thought the deck was “dead” per se, I just thought they had gotten significantly weaker. They still had all the tools that made them extremely powerful bar Construct, who I would technically say was only used because it acted as a double Foolish Burial of sorts for perfect milling combos, but besides that all the original power was still there. Then of course, the worst thing possible happened, and Konami created an archetype that summons 3K untargetable beaters willy nilly. It was a Shaddoll nightmare. After weathering the storm that was Qliphorts and their 2800 ATK monsters that were unaffected by all your monsters, now one of the most relevant meta decks has a 3000 ATK monster that is also unaffected by all of the Shaddoll monsters (except Construct, naturally meaning we’ve gotta ban this sucka), but it’s also unaffected by numerous spells and traps, and on top of that, killing it only results in the slightly less difficult to kill 2800 ATK untargetable beater. So I gave up on Shaddolls.

But only for so long could I stave off Shaddolls. I clearly wasn’t going to drop a pretty penny on either of the teir 1 decks of the current format (being Pepe and Kozmos. I don’t really think the Water deck is that amazing comparatively, and we’ll see how Monarchs pan out), and the other decks I had short testing with had to cut off an arm and a leg to compete. For example, Burning Abyss, in order to compete it must run slews of cards like Magic Jammer and Anti-Spell Fragrance, but it then runs the risk of getting completely brick hands with all traps and loses to any rogue deck that those cards don’t effect. Burning Abyss also really struggles against Kozmo. All this together is like the deck is “cutting off an arm and a leg” in order to stay in the meta, rather than building a deck that optimizes itself to its own advantages.

So, I tested Shaddolls again and again, continuously getting bodied by the automated robot on YGOpro using the built in Kozmo deck. My goal was to find out a reasonable spell and trap line-up that didn’t cost me an arm and a leg that helped me beat Kozmos, but also wasn’t also completely dead against Pepe or any other deck for that matter. Specifically, cards that can be main-decked and not ultra side-decky tech like Cyber Dragon, unless of course you’re running a Cyber Dragon deck. So here we are and I have a few cards to talk about!

The first set or so of cards is Trap Hole cards. Most duelists have the understanding already that these cards are very relevant this format. The two Trap Holes of choice for the current meta are Bottomless Trap Hole and Time-Space Trap Hole.

Bottomless is the superior option against Pendulum decks. When a Pendulum player inevitably Pendulum Summons a huge slew of monsters all at once, the hope is activate a Bottomless Trap Hole and banish them all simultaneously and deny future access to those monsters by denying their re-entry into the Extra Deck. A little less powerful, but also relevant, against Kozmos it can banish any of the space ships in the deck on their summon because it doesn’t target. This banishes them, which makes them accessible later with Kozmotown, but at the very least they don’t get the special summon effect and you don’t have to stare down a potentially 3000 ATK beatstick.

Time-Space Trap Hole is relevant in both match-ups as well, but is superior against Kozmos. Against Kozmos, in the same scenario as Bottomless Trap Hole, Time-Space Trap Hole denies future access to big ships by shuffling them into the deck at the cost of 1000 lifepoints. Against Pendulum decks it is similar to Bottomless, except if the opponent summons a huge slew of monsters, the lifepoint cost to shuffle them back into the deck is incredibly steep, and potentially un-payable.

The knot is neatly tied with the addition of Traptrix Rafflesia, a generic Rank 4 XYZ from the most recent Breakers of Shadow. Rafflesia can detach during either players turn essentially to activate a Trap Hole from the deck, if the timing is right. This is extremely good because it can convert your monsters into traps, which almost never possible. With any 2 level fours, you can go from being defenseless to having what could be considered 1 Trap Hole set, as long as you run them. Almost every deck runs level 4 monsters, so just running additional ways to special summon them or having plays designed for that purpose can go a long way in the current meta. Simply adding Instant Fusion to a deck adds a lot of versatility in this regard.

This one is really simple, and will be a minor bane to Kozmos in the meta going forward. Coming out as the newest manga promo is the card Number S39: Utopia the Lightning. Not only does this card have a minor field day against Kozmos, it’s also generic so anyone can use it, and it wrecks a lot of rogue-type decks. Here’s the effect:

The card is extremely straightforward. It has the Armades effect, meaning your opponent cannot doing anything when it attacks. If it attacks a monster or is attacked, once it can detach 2 material and make its attack 5000.

For the purpose of this article, the obvious application is that this card can single handedly deal with any Kozmo space ship and prevents them from activating their floater effect when they’re destroyed. It also kills plenty of other annoying cards like Dante or Yang Zing monsters, and Apoqliphort Towers was still a thing it could kill that too.

This would all be pointless though if it weren’t so easy to summon. Utopia the Lightning can be summoned any time you could normally summon a traditional Number 39: Utopia and you can simply overlay the original Utopia for Utopia the Lightning. Once again you’re just 1 Instant Fusion away from summoning this guy. Expect to see this guy hitting every Extra Deck come today, because wouldn’t you have it, Utopia the Lightning comes out in the Zexal manga today March 1st. Yay!

You say “These Trap Holes really don’t help if they already summoned a Dark Destroyer. I always draw them after I need them!” It’s time to talk some after the fact answers!

Easily starting to be one of my favorite new Yugioh cards is Quaking Mirror Force. Initially I was quite underwhelmed by this card thinking that it was simply not as good as Storming Mirror Force, but in testing it’s not really that way. With the lessening of Extra Deck use in the current format and just with how Pendulum deck function in general, returning monsters to the hand is basically a lost art. Flipping monsters face-down has actually become surprisingly more relevant. Specifically against Kozmos, since I needed a reasonable answer to all the big untargetable beaters of the deck that got them off the board, ideally without setting off their special summoning effect. Nicely enough, literally every Kozmo monster has really low defense. Most of the reasonably high defensed Kozmo monsters are Kozmos that most people don’t even bother running like Delta Shuttle and DOG Fighter; the only one people really run that has high defense is Dark Eclipser, and it’s practically immune to Quaking Mirror Force anyways.

This means you can fairly easily attack over all your opponents Kozmo monsters, even the lesser Kozmos like Farmgirl and Wickedwitch if you manage to hit them with Quaking Mirror Force, without much effort once flipped face-down. In combination with cards like Abyss Dweller or the aforementioned Utopia the Lightning, you can clear a Kozmo player’s board pretty easily and put them into the graveyard where they’re least accessible to a Kozmo player.

The card isn’t perfect though, because without being paired with the right cards you can’t clear their board, but that’s where the second half of the effect of Quaking Mirror Force can become most useful. Once flipped face-down, the opponent cannot flip summon those monsters. If you’re not prepared to deal with those monsters yet, you can simply leave them there and either wait for the Kozmo player to tribute summon over them, or wait until you have the appropriate answer. Against other decks, like Pepe, this can be even more handy because Pepe can’t really get their own face-down monsters off the board except by tributing for Monkeyboard, and that monsters can be staved off with the defense of probably any generic monster in most decks. A lot of decks either don’t have particularly viable options for getting those monsters off the field, preventing any future mass aggression if you simply wait. In some instances after weighing the situation of the game you can attempt a deck out if you flip 5 monsters face-down. Maybe a little dirty, but I mean have you seen Yugioh right now, can you really get dirtier than garbage?

A Grain of Salt:

So, I don’t want to say with those additions that everything has been smooth sailing. They have certainly worked out very well and I’ve enjoyed the success these additions have brought, but I’d just like to say that you should take that with a grain of salt. As long as Twin Twisters exists, decks running a heavy trap line-up will be severely hampered. At least in game 1, most people don’t run Twin Twisters, but in game two most people will side into it if you show even a reasonable amount of traps. This is very difficult to deal with. I mean, I could say this can be fixed by running Starlight Road or by pairing with Artifacts, but that’s not always going to work. Starlight Road contributes to inconsistency a lot, which is something a deck cannot have if it wants to compete right now. Artifacts are a double-edged sword, they prevent Twin Twisters in some regards, but they’re also very vulnerable to it during your own turn, or simply against decks that don’ really care about Artifacts, such as Kozmo or Monarchs.

Grain of salt part 2 is the addition of Monarchs into the meta, further obliterating the ability of rouge decks to even attempt to exist. Now we have a deck that doesn’t even special summon that is built around the tribute summon. That means Time-Space Trap Hole is useless and Quaking Mirror Force pretty much doesn’t affect them.