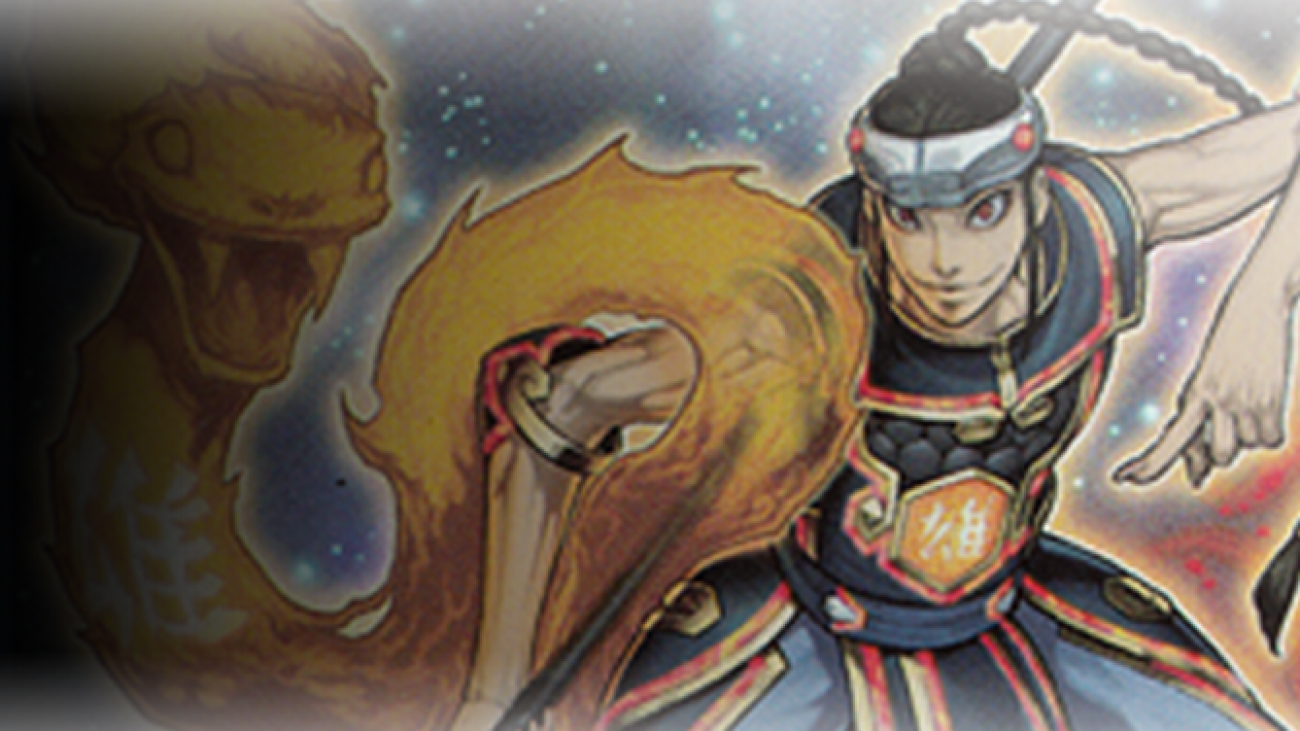 Matt here with a Fire Fist deck I’ve been running for the past week. Here’s the build for your reference: [Link].

I tried to go for an aggressive Fire Fist deck, and tested out some new cards from Lord of the Tachyon Galaxy.

Till running Fire Fists, I had underestimated the power of Bear. The deck I took to regionals, Ninja Dragons, isn’t afraid of 1600 ATK monsters that act like a better Exiled Force. But once I understood the card, I admit that I see why there’s so much hype around it.

Bear is unique in that it is a self-contained, deck-thinning destruction engine. It makes every card you can activate in the damage step lethal, on top of being a plus-1 in almost every instance. Adding it to your hand with Tenki is a plus-1, summoning Bear and destroying a monster maintains that plus-1, and then doing battle damage to search is another plus-1. Even if Bear is destroyed when it attacks, you maintain your advantage and also bait out an opponent’s backrow.

It’s so easy to keep on the field too. Forbidden Lance and Forbidden Dress do too good of a job covering you when your opponent has no monsters, or if your opponent attacks into your Bear.

I’ve run Dragon in another beast-warrior deck before and only found it somewhat useful. That continues in this more pure Fire Fist deck.

I’m not fond of Dragon, since it’s effect needs you to play Fire Formation cards out of your hand that could (should) be saved for later. While its effect does go off if you activate Fire Formation trap cards, there are not many situations where that should happen. Tensen, the ATK boosting trap card, should only be activated during the damage step so that it can avoid as much interruption as possible. There’s such a slim window for Tenken, the effect negating/protection card, to be activated while Dragon is on the field that it’s not worth mentioning.

However, all that pales in comparison to Dragons ability to Special Summon a Fire Fist monster by sending 2 Fire Formations to the grave. Fire Fists do generate backrow very quickly, but under the right conditions. I think Dragon and Bear’s effects come at a crossroads. While you want to blow things up with Bear and attack directly, you also want to use those resources for Dragon. Bear is clearly the more effective card, so how and when do you have time for Dragon? That question has lead me to view Dragon as a usable win-more card that competes with Enthusiastic King Wolfberk for space.

In contrast to Dragon, Snake seems designed as a monster that helps maintain the status quo. Every time you use Bear and Gorilla, or Special Summon with Dragon, Snake is working to eliminate all costs.

The most beneficial attribute to Snake is that it sets you up for the next two turns. Because you can set the ATK boost Tensen trap, or the protective Tenken trap, you tell get to tell your opponent that your monsters are off limits during the Battle Phase or the Main Phase. If they fail, you can use the trap that Snake provided during your turn for Bear or Gorilla.

Snake’s effect can be used during your opponents turn, so if they Heavy Storm or MST, you have a reason to chain your trap. Also interestingly enough, Snake’s effect will go off when a Fire Formation is sent from either the hand, deck, or field to the graveyard.

I wanted to try out Scrap Iron because I usually see Fire Fist monsters supported by completely obvious backrow. Instead of Fiendish Chain, I wanted a card that could be re-used. A lot of Fire Fist defense is one and done, and Scrap Iron increases pressure on the opponent immensely. Bear can survive, and combo into a Snake or Dragon, another Bear or a Gorrila. Scrap Iron saves the use of Fire Formation traps, Lance and Dress so that Bear’s effect can remove the useless Tenkis and Tensus that pile up and save those nasty surprises for later.

Scrap Iron also creates a nice buffer. Organizing the Battle Phase so that both players know exactly what’s going to happen is important for mind games. It moves things out of the damage step, that last line of defense for Fire Fists, and reinforces the importance of Bear.

Coming from Lord of the Tachyon Galaxy, Bull is another card that plays well with Snake. It’s the monster you can throw around since you can always Xyz with it. It’s not a very productive Normal Summon, but it’s great alongside a Reborn Tengu, another of the deck’s disposable monsters.

I’ve played with this deck a little over a dozen times now, and have only summoned it once. I value the monsters on the field, much more than I value Cardinal at this point. The effect to shuffle Fire Formations back into the deck is nice, but it doesn’t provide a way to get them back. So it ends fun.

Bear does its job well enough, where Cardinal just seems unnecessary. I may take out every other Xyz monster in order to focus my attention on it specifically, but that seems like too much of a chore for a deck I built for fun!

Please, Don’t Stop the Music
Konami really designed an archeytpe after a cool theme. Fire Formations (Flame Dance cards in japanese) really turn up the heat on your opponent. The quicker you can get dancing, the more secure your victory.

Jack Rabbit
Since I wasn’t building my deck around Rescue Rabbit, my view of Fire Fist cards like Bear and Dragon, are slated accordingly.