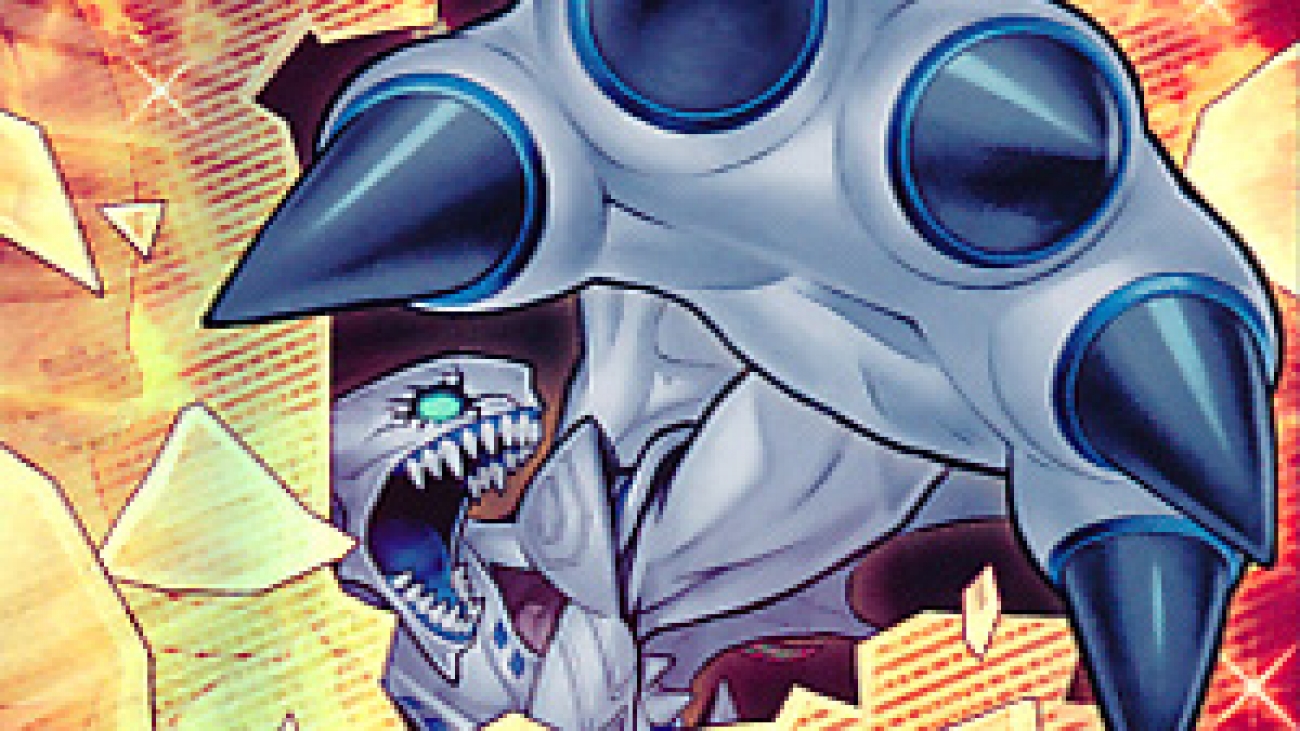 Note this before reading, this is my opinion and that is all it is, so you don’t have to agree. Moving along though, I felt like this card had to be addressed since it so grossly over-hyped that I thought it deserved a much closer observation.

As you might have already guessed from my tone, I think this card isn’t very good. That’s not to say I think it’s un-usable, it’s not one of those trash un-playable cards we see all the time, it’s usable, it’s just severely outclassed. Also, I might add it does fit a very fine niche in some specific decks, for reason that don’t apply to most decks.

To start, I’ll have the cards effect:

At first glance, it appears to be cutting a middle man between two already popular cards: Fiendish Chain and Effect Veiler, and to an extent it is. Justly, we can compare it to the only other cards of its class to see if it is of caliber or not; those cards being the aforementioned Fiendish Chain, Effect Veiler as well as Forbidden Chalice.

Breakthrough Skill combines the pieces of the three getting a piece from each along with a secondary effect. It’s a Trap like Fiendish Chain and it has very weak negation like Effect Veiler so essentially one could call it a Trap Effect Veiler, which I’ll argue is completely pointless. Most players can agree that Effect Veiler’s effect is very weak, that being said why do we all run it? The reason is simple: you can activate it from you hand. Without this crucial piece, no-one would run Effect Veiler. Effect Veiler’s purpose is that it can negate on the opponent’s first turn to sop big plays that where otherwise unanswerable and also it is impossible to prevent through destruction since it’s in your hand. That alone is simple enough to dissuade me from running Breakthrough Skill, but I’ll continue. It severely lacks in power an versatility compared to its two other sibling cards as well. Fiendish Chain is continuous so that it can permanently or at least have prolonged negation as well as prevent attacks. It literally protects your monsters from opposing monsters by “chaining” them down. Forbidden Chalice can be activated in the damage step meaning two things: the opponent can’t respond to it nearly at all as well as being able to negate monster effects in the damage step, which none of the others boast. It’s also got the 400 ATK boost which allows it to works simultaneously as a defensive and offensive card. I also find it very important that it’s a Quick-play Spell meaning you can keep it in hand to prevent it from being destroyed as well as allowing it to be active as soon as you draw it unlike a trap card. Then, there’s Breakthrough Skill which can only negate a monster effect (in its immediate effect, I’ll get to its secondary effect in a moment) and serves no double purpose until at least a turn later where it serves an extremely weak purpose that is also highly deck dependent. I don’t know about you, but that doesn’t sound very good.

If I where to guess though, this card’s secondary effect is what catches people and makes them think this card is powerful. When first read it appears to become a free copy of Effect Veiler for later, which would be admittedly good if that’s what it actually did. There’s a couple key things that make its secondary effect rather useless to me. First is that it say “During your turn”. I general, the only time your opponent has any monster effects of note that you want to negate it’s during there turn, so scratch those off. Second, the monsters if can effect are very shallow being limited essentially to continuous effects you want to turn off during your turn. The only real cards worthy of mentioning here are Wind-Up Zenmaines, Spirit Reaper and Thunder King Rai-oh.

Now I know you read those big names and think “wow those are all great cards! Why wouldn’t I want to negate those?” Firstly, assuming the player you play against is of high enough skill to pay attention to you have this card in the graveyard, they’re not going to summon a Zenmaines expecting it to stall out, or set a Reaper or summon T-King etc. I suppose it locks you out of options, but it’s at the cost of it being a weaker Effect Veiler you’re running this card. Then there’s the issue of when a deck doesn’t run those cards or rarely uses them (in Zenmaines case, since most decks run it). It’s pretty ineffective against GAM, HEROs, Agents, Prophecy, Fire Fists and a whole pluthera of other decks that I don’t care to think of at the moment.

That all said, I still think the card does fill a small niche in specific decks. The decks have to meet one of the following conditions: either they have a large amount of milling, or the have a high propensity for discarding cards.

Milling obviously means Lightsworns and not much else, this is of course inclusive of decks like Chaos Dragons that run miniature Lightsworn Engines. It’s rare that there’s spells and traps that can be effective after being milled and this card does, but on that same note, I’m still not sure if they would run this over Effect Veiler anyways since Veiler still has its normal advantages as well as being a monster, being light for Chaos food and for Lightpulsar Fodder as well as being a tuner as well as being a Level 1 for Piper. That’s you call I suppose.

The other condition goes to very strange decks. One that was mentioned on the official site in this card’s article was Ninjas. Upstart Golden Ninja discards a Trap for its effect, and what better trap than this? (consider Skill Successor and Mischief of the Yokai as possible candidates) There’s also Fables, specifically ones that run Fabled Soulkius. (a card I love) With this card the deck is always looking for excess cards to discard or sometimes it just really needs to use Soulkuis’ effect and they need good cards to pitch and this card is healthy for pitching. In that case I suppose we could say that Fabled Lightsworn Ninjas would be the ideal deck for this card, but I’m not all too sure if that deck would work.

So, what do you think? Do you disagree, is this card amazing, feel free to comment a reply and state any reasoning you may have to argue or maybe more reasoning to support. Thanks for reading again, Kyle out!