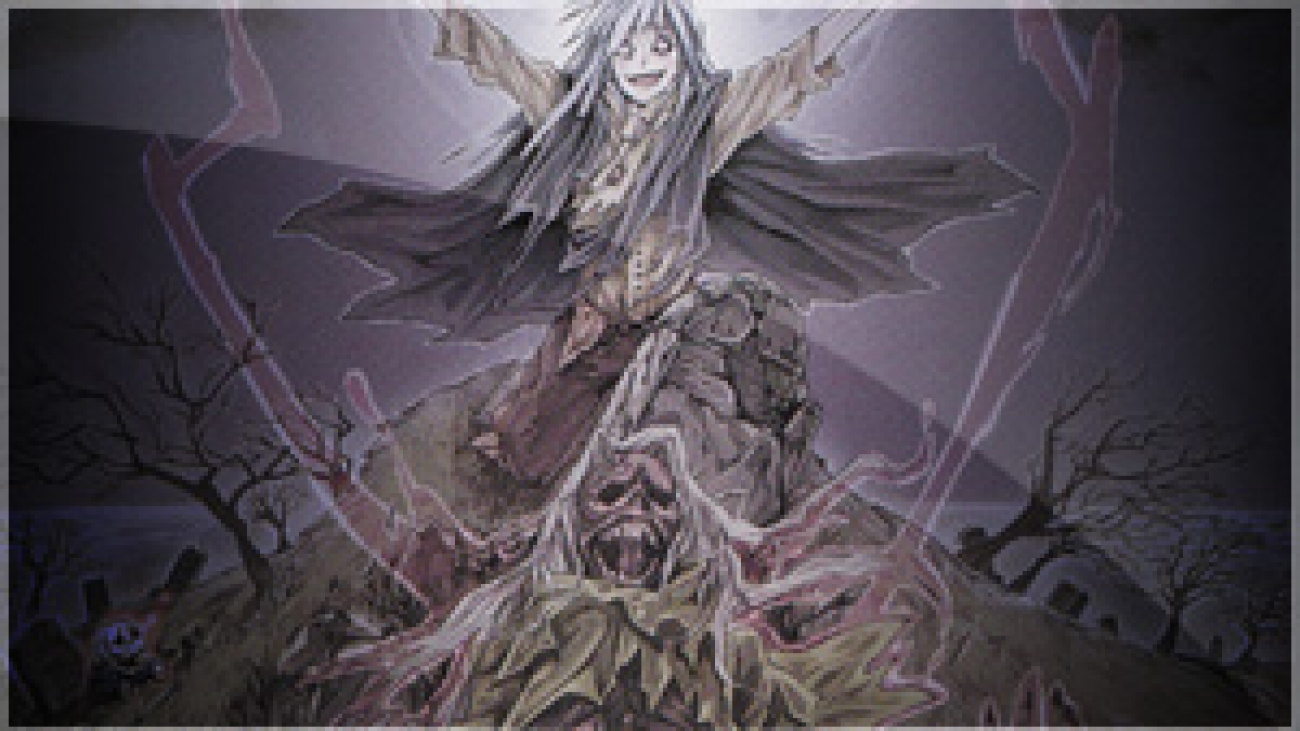 Zombie support? Maybe. But an amazing side deck choice this format? For sure.

Sorry I didn’t get up the Ninja article I eluded to, but I couldn’t get the time to write it so I’m just going to postpone it for a but. This week you’ll have to settle for something shorter.

So, Zombie World. I’m sure you’ve heard of it; a Field Spell card that reads:

It’s an interesting card, originally intended to be used with Zombie decks to fuse them with other monsters and to revive Zombie monster from your opponent’s graveyard with the likes of Zombie Master and other cards released in the structure deck the card came in. That’s great and all but this puts a heavy reliance on drawing Zombie World in order to function a lot of the better strategies that use it. This in turn causes inconsistency, which we don’t want, and that’s why I don’t suggest running this card for that purpose.

What I do suggest is running this card as an extremely powerful side deck option in the current format and in the format to come. As we are now in the March 1st 2013 format, the decks that are being played have changed a little and we will soon be receiving quite a bit of new decks into are meta that will drastically effect us.

What Zombie World does to affect a lot of decks is it stops decks that rely on specific monster types to be effective. Decks that need say Warriors for Excalibur or Blade Armor Ninja can function as properly as intended because now all there monsters are treated as Zombies. Here’s some decks of this format and the format to come that this card is good against and why:

This is the first and most important deck this card is good against. Prophecy looks to be the most promising contender for the future of this meta with what appears to be a clean meta take-over in the OCG with the release of Spellbook Judgement Day (or Divine Judgment of the Spellbooks, or whatever name it may be called in the future). So we need something effective to make them stop in there tracks. The deck relies very much on having Spellcasters on the board and thus Zombie World really has a kind of blow out effect against them.

Spellbook of Power, the Master, Fate, Wisdom and Life all require Spellcaster monsters. That leaves just Spellbook of Secrets and Eternity (of the Spellbooks run in standard) that can be used to any effect with no Spellcasters, and all either of them do is get more Spellbooks. That means virtually every Spellbook in there deck except 1, is now useless as soon as you get Zombie World on the field. The one exception is of course there own Field Spell: The Grand Spellbook Tower.

So once you have Zombie World on the field, they have 2 options: search for the Grand Tower and play it over top or get 3 Spellbooks in hand and summon High Priestess of Prophecy and destroy Zombie World. Each has serious downsides though. The Tower strategy is very hit and miss since they only run 1 copy of it. It’s pretty inevitable that they try to get it immediately  but if you stop that one, it’s very difficult to get back simply because of Zombie World. A good answer to this is to side in extra MSTs to complement you Zombie World. MST is also good for Spellbook of Life as well. There second strategy is to get out the High Priestess, the problem with strategy though is that they can’t use Wisdom or Fate to play any kind of protective game so High Priestess will simply die to common Spell and Trap support and of course Mind Crush, which we should all be siding in 3’s in every deck.

Fire Fist will arguably be the second best deck in the format once we get all the necessary support for them to thrive. Nicely enough for us they rely heavily on there monster type so that means Zombie world goes good here too.

All of the Fire Formation cards give the attack boost to Beast-Warriors or affect Beast-Warriors in some way. The first effect this has is no attack boosts for the deck. Most of the monster sit in a pretty wimpy 1600-1900 range, so as soon as you make an kind of substantial XYZ or any other kind of monster they’re going to have to start using effects and spells and traps a lot sooner than normal. This also means you as an opponent don’t have to use up as many spells and traps or destructive effects on there monsters since you can make advantage by simply attacking over there monsters in the battle phase.

Just for a point of clarification, Zombie World wont prevent them from searching with Tenki or Normal Summoning and additional time with Tensu since Zombie World doesn’t affect monsters in the Deck or Hand. It will though cause all of there Fire Formation Trap Cards to be completely useless. This make Brotherhood of the Fire Fist – Dragon significantly weaker. It also makes it so they can’t summon Tiger King since he requires Beast-Warrior XYZ Material and also prevents a future card Enthusiastic Beast Wolfberk from reviving mosnter since he can only revive Beast-Warriors and all the monsters in their graveyard are treated as Zombies. You also can’t attack the turn you use Spirit’s effect since you can only attack with Beast-Warriors if you use its effect.

It isn’t some uber killer card against the deck by any means, but it still has a very nice effect against the deck. I wouldn’t suggest it as the only card you’d side against Fire Fist but it would make a nice complement to other cards.

The effects Zombie world has on this deck are rather simple. It causes all there Dinosaurs to become Zombies which essentially ruins the entire purpose of the deck, which is to lock down with the Evolzar XYZ. If they’re Zombies they can’t do anything except play a crappy stun deck, in which case your deck is hopefully superior to theirs.

Machina Gadgets are not allowed to make Gear Gigant X with Zombie World on the field, and they also can’t equip there monster with Machina Gearframe, and that’s all that really happens. Against Synchroing builds, like Karakuri variants, they can’t make any Karakuri Synchros which is quite nice given that they’re the entire deck’s win condition. Nothing else other than that though either.

There’s also a couple other decks that aren’t really teir 1 but are still good that it’s potentially effective against.

Agents: They can’t summon Kristya and they can’t use Hyperion’s effect to destroy cards, which makes them a very nondestructive deck.