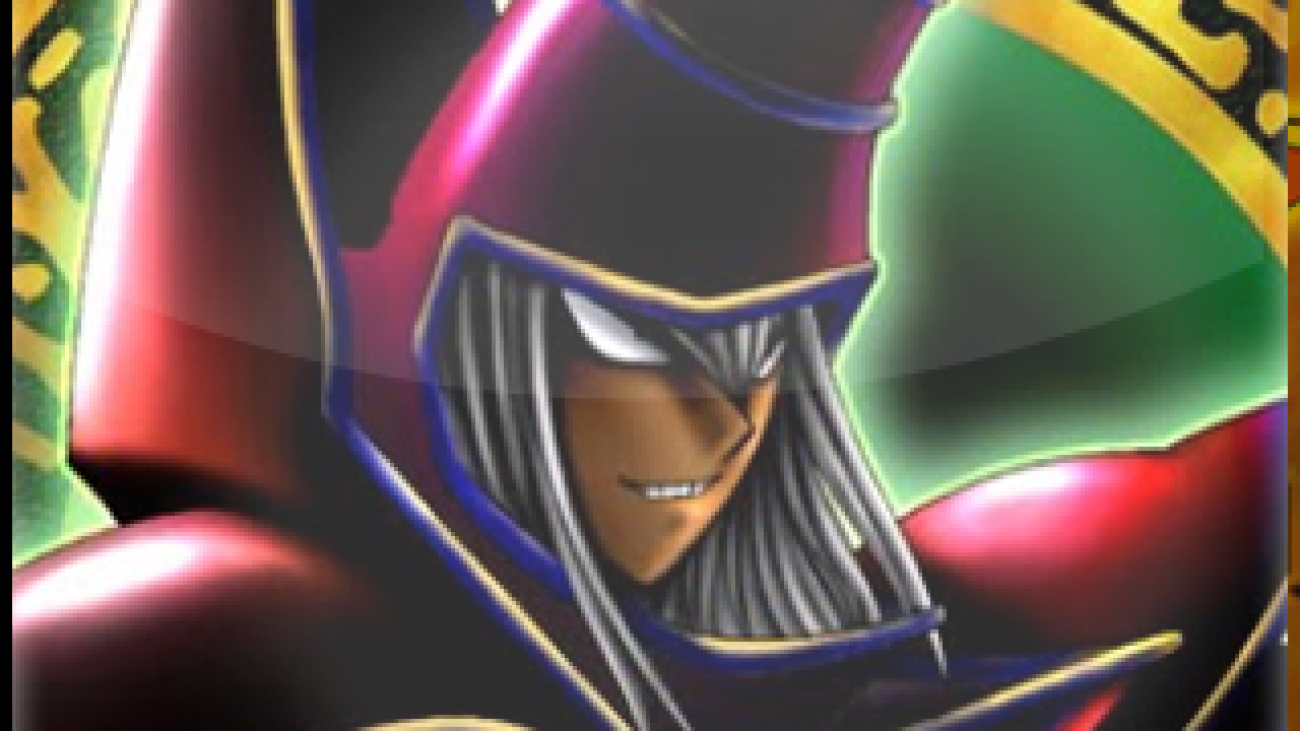 by Matt
with 6 comments
DeckDeck Building

This is the Dark Magician deck that resulted from a few weeks of testing for our Dark Magician podcast. I was very happy with how it turned out, given my somewhat low expectations of how it would perform against current decks. Initially, this deck looked something like an old Cosmo Queen/Dark Magician beatdown deck I made about a year and a half ago. It focused on providing access to Cosmo Queen and, what I thought was, the less powerful Dark Magician by maintaining their presence on the field with cards like Call of the Haunted, Birthright, and Escape from the Dark Dimension. I was to have my monsters back, period, wherever they went. But, as I came into contact with cards that didn’t exist back then, I modified the deck for the present and found myself relying on the substantially updated cards and strategies that have come out since then. The deck’s main goal now was to facilitate the flow of Dark Magician, instead of Cosmo Queen. With that focus I set about testing things the proved to give the deck some staying power.

Against the likes of Ophion, Vanity’s Emptiness, and just more powerful monsters in general, 2500 ATK on the Dark Magician just isn’t enough to rally behind. Cosmo Queen at least had 2900 ATK. That big fat head of hers was a real problem for people. I started out using triple Armageddon Knight, in conjunction with revival traps (Call, Birthright) to force Dark Magician into the Graveyard and bring it back, I tried using Ancient Rules and Summoner’s Art to speed up the search and summoning as well. But I never wanted Dark Magician in my hand, as often times, it doesn’t do anything there. I was running Karma Cuts in that build to sort of alleviate the clogging that would happen, and they’re great cards, but they didn’t deal with how bad it is to have a Dark Magician in the hand.

Enter, Elemental HERO Prisma. It works the same as Armageddon Knight, except that it can’t send Cosmo Queen. But in exchange, it has the potential to use its effect one per turn. So when I decided on Prisma, I also completely gave up on any and all Cosmo Queen related things that remained in the deck. Prisma and the extra room allowed me to commit to the The Eye of Timaeus, lots of Prisma search power, Miracle Fusion, and a few more experimental things, like Summoner Monk and Daigusto Emeral.

The shift to more Dark Magician centric choices also allowed me to look at Dark Magician Girl and her Dragon Knight-form more closely. While she does not particularly flow with the HERO or Normal Monster support I’ve chosen, she does work with Prisma and The Eye of Timaeus, which is a combo that works all too well. DMG-Dragon Knight is helpful in that it can destroy 1 card during either player’s turn as a chainable, spell speed 2 effect. It also shoves unneeded cards, or Dark Magicians, from the hand into the graveyard where they ‘ought to be. She’s not a card that’s needed all the time, so having more than one of her would just be a hinderance.

The Eye of Timaeus and Miracle Fusion, and Dark Magic Attack

With essentially 7 copies of Prisma (3 E-Call, 1 Rota, 3 Prisma), having a first turn or any turn Dark Magician on the field is incredibly reliable. With 3 Call of the Haunted, 1 Birthright and Daigusto Emeral it makes planning for DM specific cards easy. In order to capitalize on cards like Amulet Dragon, which can bring back one of your Spellcasters after the Dragon itself dies, 3 Eye of Timaeus was needed. Amulet Dragon in particular is just a good investment, while Dark Paladin is good against Fire Fists and decks running Dragons.

Miracle Fusion and Prisma combined with Dark Magician make Elemental Hero Escuridao, and that seemed like a fun route to take the deck. 3 Dark Magicians and 3 Prisma are enough to not worry about a few of them being banished. Running 1 Light Normal HERO (Elemental HERO Sparkman) that could be sent to the Graveyard with Prisma seemed like a logical extension of the deck’s mechanics. Once 1 Dark Magician is in the GY, the deck’s hard work is pretty much done, allowing set-up for other things, like investing in Elemental HERO the Shining as a good, secondary win condition.

But Dark Magic Attack, aside from the lulz, is fantastic. Ignoring the irrational worry that someone, somewhere is going to be running Starlight Road in their random rogue deck, as soon as I realized I could pull off Dark Magic Attack, it was in. No one is going to expect it, and why should they? It is an inconsistent, unreliable, gimmicky spell card, right? But it’s so easy, and so under the radar that I wonder if having Prisma, Dark Magician, and Dark Magic Attack in other decks isn’t something I should already be doing.

Deciding NOT to use Spellbooks, Spell Counters, Polymerization, etc

I decided to go with a sort of Dark Magician w/ Hero turbo-style deck because it’s what I’m comfortable with. When I use HEROs, I tend to like to spam with them. Both The Eye of Timaeus and Miracle Fusion act like Rank-Up Magic, in that there are plays to do after big plays (from your opponent’s perspective) have been stopped. Spellbooks, and High Priestess of Prophecy in particular, are too good to encourage a lot of meaningful adaptation into other decks/playstyles. While Spellbook of Life and Wisdom are good, I feel that the effort it would take to make Life work on Dark Magician would be better spent elsewhere, and running Wisdom would require I run more Spellcasters, or start expecting Dark Magician to put in work like High Priestess (it doesn’t). If the new Fusion forms of the Magicians, Amulet Dragon and Dark Magician Girl the Dragon Knight were Spellcasters, then maybe I would consider a more Spellbook approach. But as it stands, Dark Paladin and all the rest of the Dark Magician monster themed cards, like Dark Magician Knight, are too restrictive to fully engage my interest. Likewise, Spell Counters take too long, and provide too little encouragement to use them.

On the other hand, Polymerization and its associated support – King of the Swamp, Debris Dragon –  as well as Dragon Rulers/Mythic Dragons could have easily been the deck I built. It has the obvious power of the Dragon Rulers, and ignores the minuses of Poly because of them and works well in combination with a HERO build.

Champion’s Vigilance and other Traps

Call of the Haunted plays an instrumental role in the deck, while Mirror Force, Bottomless and DPrison work to keep Dark Magician on the field once he’s there. Torrential is for those times when he’s not there and the opponent is in the middle of summoning up a storm. Though right now, as pointed out in both Kyle’s article “Dealing with Hands and Artifacts” and “Don’t Destroy Stuff.” it’s easy to see Mirror Force and Torrential headed for a bit of a phase out. They were there mainly for things Cosmo Queen’s fat 2900 attacking head couldn’t get over, or that threatened to take Dark Magician off the field. Along with DPrison, they were seldom used on little stuff. But DPrison, since Karma Cut is currently out of the deck, is one of those cards that reliably removes monsters from the field. So while I do want to put Karma Cut back in, as I think discarding a few of these extra Spells wouldn’t hurt the deck, DPrison is needed to cover the deck’s difficulty in removing monsters that avoid destruction.

Champion’s Vigilance is a great card that easily finds a spot among the backrow. It’s like a mix of Solemn Warning and Solemn Judgement, able to prevent the summon of monsters and the activation of spells and traps. It’s another unexpected card, especially when the deck’s focus appears to be throwing around Dark Magician and fusing with it, rather than keeping it on the field. With Call of the Haunted, Birthright, and Daigusto Emeral, the card’s consistency gains a bonus that, if not there, would convince me to run Warning and maybe a Wiretap. Going up to 3 Champion’s Vigilance over 2 seems like a stretch though, because a real Dark Magician isn’t always on the field when you need it. While the deck does have access to it regularly, it requires more set-up for a Champion’s Vigilance than might be worth it to some people. Imagine knowing a play your opponent is going to make, but not having a DM on the field. That means you’ll have to Call one out of the Graveyard before anything else happens, assuming you even have Call. It will seem random to some people, but pretty blatantly obvious to anyone who knows what’s going on…I would assume.

Does this make Champion’s Vigilance easy to play around? Well, yes and no. On the one hand, you have a 2500 ATK monster on the field that could turn into an Amulet Dragon. 2500 ATK isn’t low, but if they know you’re going to Vigilance them, and they can’t stop it, what are they supposed to do? Against a deck like Prophecys, that can remove monsters with ease, maybe Champion’s Vigilance is way too slow. But against more combo oriented, low-level monster decks, the set-up has proved interestingly reliable as a tactic for interrupting plays. I tried also running Paradox Fusion, a card that acts just like Champion’s Vigilance, except you need a Fusion Monster on the field. That was bad. If the fusion monsters were recoverable, sure, maybe I’d think about it. But one restrictive counter trap is enough.

Some friends at my locals constantly talk about the Dark Eradicator Warlock because it can do 1000 damage for every Normal Spell you activate. Prisma, Spellbooks, Night Beam and stuff could theoretically make this strategy possible.

Has anyone else tried building a Dark Magician deck in the wake of Dragons of Legend? What did you do that worked well for you?

Anyways, that’s my take on Dark Magician. Till next time!