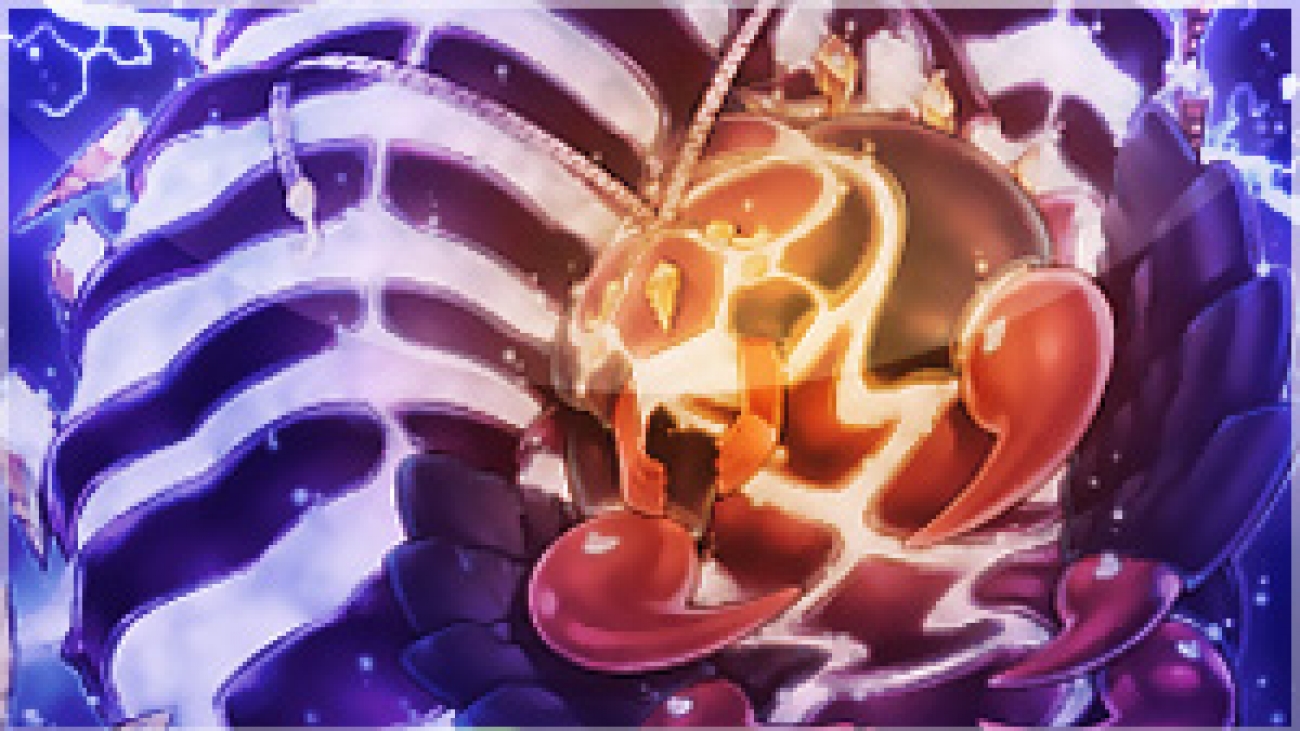 To supplement our upcoming Bujin Podcast, here’s the deck I’ve been working on for the discussion. I’ve been having some great success with it. This build is post Legacy of the Valiant.

I’ve testing out this deck to get a hang of it for our next Podcast discussion. It’s certainly an interesting deck, but I don’t think it’s the best thing out their at the moment. The main reason I think this is because the deck is so incredibly reliant on going first to win it’s just stupid. If you go first with this deck, you almost always win. If you go second, you’re going to have the toughest fight of your life versus any legitimate deck this format, which is incredibly irksome. I tried to my best to remedy that and have come to this build as my final result.

I’ll start off with my list and explain things later:

I had two builds going into this article, one that was before the new set, Legacy of the Valiant, and one that was after. I honestly was more comfortable with my deck list I had been working with before, but it seemed more relevant to update it with the new sets cards since it’s only a week until coming out, and once this article is posted the pre-release will already be over.

Because of what I just mentioned, there’s two things I’m not so sure about: Bujingi Peacock and Bujin Arasuda. I’ll attempt to explain why.

Peacock is an extremely interesting card. It acts as a ROTA for any Bujin monster by discarding it and you can only activate one a turn. (On a strange note you can use it to add another copy of itself to your hand. Why would you do that? Well, I’m searching for reasons as we speak) The disadvantage is you can only play cards with Bujin in the name the turn you play it, this includes before you activate it. In my pre-LVAL build I ran 3 Pot of Duality, which clashed immensely with Peacock. I frequently opened hands with 1 copy of both which really hurts your opening. Peacock also clashes with Tenki. So in combination hands of things like Tenki, Bro-Fist Bear, Duality and Peacock you get stuck with some bad hands. At first glance I assumed Peacock was going to be amazing and tried out three, but was opening with really difficult hands and wasn’t sure why. I finally realized it was the reason so I dropped it to 1 instead, despite how much I like the card. You could potentially run a heavily Bujin concentric deck to facilitate it, but that would involve forgoing many of the conventional card choices for the deck like Tenki and Forbidden Lance. In a sense Peacock can replace Tenki, so until Bujins get a Lance replacement card I don’t Peacock is particularly worth it.

Next is Arasuda. This card is a little strange because it very combo-esque in nature while the Bujin deck is not. It applies a lot of win-more pressure on the opponent which I’m not sure if I like. It also coaxes you to use its effect because it’s always nice to draw cards, but it usually ends with me not wanting to discard anything for it after being committed to his effect. This card is slightly counterproductive towards the decks main goals. Sure, it gets the Bujingi monsters you want in the grave into the grave, but it requires to combo in some way to activate his effect. He combos with Duality, Tenki, Yamato and Peacock. Peacock works the best, but as I stated, I don’t really want to run it that much. I rarely want to Duality into a Bujin monster, unless it’s turn one, in which case I wont be summoning an Arasuda before activating Duality in the first place. In the end, best case scenario for this card is to have a Yamato on board, use a Centipede in the graveyard, then special summon Arasuda from hand. Then once you have Arasuda and Yamato you can perform some hand perfecting procedures. There’s an immediate problem I see with this, it’s that you’re required to have Yamato on board to use Arasuda most effectively. I’m going out a limb to say you don’t always open Yamato and everything’s hunky dory. (notice my sarcasm) For these reasons I may lower Arasuda down to one or cut it all together.

This leaves the only definitively good card to come from Legacy of the Valiant, Bujingi Hare. This card is amazing. I want to say it’s just a better version of Turtle like everyone else does, but Turtle still certainly has its place. When you put a Hare into the graveyard it immediately puts the opponent into a position where they must circumvent it, which means not going into the battle phase. Turtle on the other hand generally causes the opponent to try to attack over Yamato. This is great because it’s a perfect trap for Crane. You don’t always have Crane though, making Hare a more optimal first turn dump if you have no Crane turn one.

Okay, now I’ll talk about some more specific card choices. First, why the strange Bujingi ratios. For the longest time I was only running 1 Turtle, 1 Quilin, 1 Crane, 3 Centipede and 2 Boar. I almost never used the Boar, so I cut that too and only had 6 Bujingi monsters. You’re probably asking why. The reason being is that all inconsistency in the deck is derived from the Bujingi cards. This is because they rely completely on having a Bujin Beast-Warrior on the field. For any and every reason I would cut them because I only want to have them in my hand when I need them and drawing multiples only increase the badness of my hand. The only one I want as much of as possible is Centipede, because his effect is almost always relevant and he has 1700 ATK and I decided of all of them I could summon him to pester the opponent in worst case scenario. I only also want to draw him often so I can discard him with Yamato. The rest being for very specific scenarios.

I only use Turtle on turn 1 when I want to add and immediately discard him with Yamato. The same goes with Hare. I almost never would resolve either of their effects a second time, even if I ran more so I saw no reason to run more than one.

Quilin almost never is relevant. Having the monster destruction option is important, but being required to have a monster setup to activate it is honestly too steep for the payoff. More often than not, the only time I use it is by sending it to the graveyard for Susanowo’s effect. The monster destruction is also better suited for Bear.

Crane is really hit and miss. It’s fantastic when you search it, meaning you get it for free, but if you open with it it’s kind of bad unless you also open Yamato. When you open with it and no Yamato, it only serves to make your hand worse. You end up lowering yourself to make play like XYZing with Crane to make a Susanowo, which sucks. I really like running only 1, just for the option to search it, but making it an omnipresent threat to the opponent is very important psychologically against the opponent so I opted for the second copy. The copy of Honest is completely different in nature because you can use Honest on your Bujingi monsters as well, meaning it’s far less likely to be dead.

Boar is a really cool card, I may end up putting it back in. The reason I like it is because you can use its effect with Bujingi monsters not just the Beast-Warrior Bujins. It essentially allows you to destroy any monster by battle, which is nice. It also has a 1900 booty (meaning Defense), so it’s the ideal Bujingi to draw if your desperate to summon one because that’s one of the highest raw stats with good effect Bujingis there is. If anything I may cut the Arasudas and Peacocks for it.

The big questionable card choice to many people is probably the 3 Bear. Honestly, it seemed obvious to me. I started the deck off by thinking I should try to get a Bujin Beast-Warrior as quick as possible. After testing Mikazuchi and finding out that that card is totally pointless I cut it completely and added additional Bears. Bear increases the likelihood of getting Tenki, which in turns increases the likelihood of getting Yamato. Bear also makes you less likely to get bad hands because unlike the Bujingis he’s a stand alone card.

The My Body as a Shield is because I wanted to run like 8 copies of Forbidden Lance, but I obviously could not and I also hate MST because I can’t rely on blindly playing MST and hoping to hit Bottomless Trap Hole or bust. The next most logical card I could think of was My Body. It helps alleviate the pain of going second slightly, but it certainly doesn’t tip it into your favor. The reason I chose it over Forbidden Dress is because My Body Protects from Mirror Force and Torrential on multiple monsters and also negates destructive monster effects. An example would be if the opponent uses Black Rose Dragon I’m going to be very unhappy if I only have Dress set, but My Body will save all of my cards. Dress certainly has potential though because it has a lot of synergy with Bear.

I run 1 Bujin Regalia – The Sword because I think it’s amazing. If I could find more space I would run more, but I can’t find space. If I take out Arasuda and Peacock I may add 1 more Sword or maybe 1 copy of Bujincarnation.

That’s all for now, If you’d like to know anything else, please feel free to ask in the comments below! Next week I’ll talk some about a very interesting Chaos Monarch idea me and my friend Rob discussed in brief.

How do you feel about the Bujin archetype? Do you feel they are competitive? If not do you think they’ll be competitive in the future?